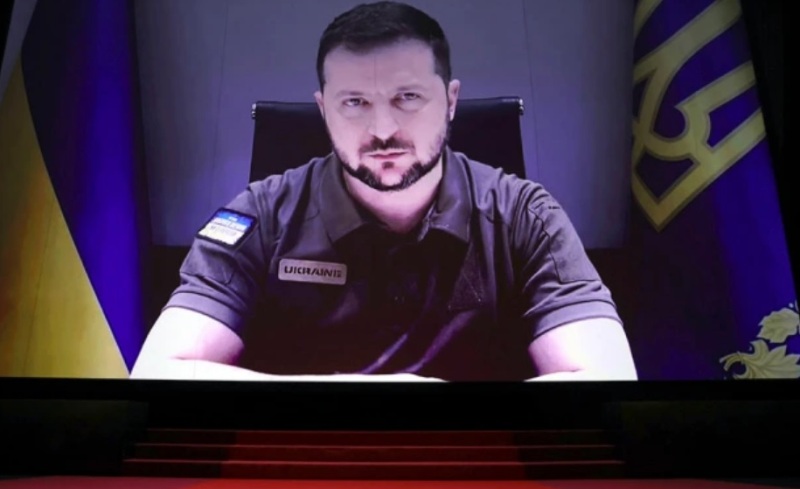 YOGi
Another superb video.
A corrupt state indeed. That’s why the EU doesn’t want their membership.

Ismael Ibrahem
Dear Sir,
Zelensky has a very important goal for fighting Russia by using the USA resources. He said that he wanted to establish the Greater Israel in Ukraine. As you know Eastern Part of Ukraine on the Black Sea was the Western Border of the AL-Khazar Jewish Kingdom which was established around the sixth century. Russia destroyed that Kingdom and took its land and kicked the Jews out to other European countries and the UK. Zelensky wanted to re-establish AL-Khazar Kingdom in Ukraine under the Name Greater Israel.
South East of Ukraine is Palestine which was been occupied by Jews of AL-Khazar according to Israeli archaeologists. Biden and Trump aimed at expanding the Israeli occupation of Palestine under the Abraham’s Accord. They think by using Abraham’s teaching, the Jews of AL-Khazar can be able to established the Greater Israel in the Middle East. Turkey may become part of the abraham Accord.
Now, if you look at Ukraine and Palestine, you can see that the connection between the two is Turkey. Turkey has excellent relationships with both Ukraine and Israel. Those are working to incorporating Turkey in Abraham Accord. Eventually, the Two Greater Israel Entities can be united into one. This future plan can become a very important force for the USA to dominate Europe and the entire Middle East.
Biden said that he is Zionist. And the Zionist Ideology is expansionary colonial ideology at the expense of others. I think Biden knows the basic goal. So do the Russians. It follows for Biden Zelensky is a very important dictator, and Biden needs a dictator to establish the Greater Israel in Ukraine, because most of the population in Ukraine are Christians.
Thanks for your analysis, Sir.

Comrade Weismann
Zelensky is the Boris Yeltsin of Ukraine