A former officer of the Australian Taxation Office (ATO) is facing 66 criminal charges for exposing the criminal conduct of the office, including schemes that illegally extorted vulnerable Australians and led many to despair and even suicide.

He did all the right things

In June 2017, ATO management directed that standard garnishee notices – whereby the tax office requires banks to give it money from peoples’ accounts– be applied across the board.

In response, Mr Boyle submitted a 27 page public interest disclosure under section 13 of the Public Service Act 1999 (Cth) in October 2017, advising the office that such a directive was un lawful

The office rejected the advice a fortnight later so, in accordance with the provisions of the

Public Interest Disclosure Act 2013 (Cth), Mr Boyle referred the matter to the Inspector General of Taxation (IGT), making sure that he complied with confidentiality provisions by redacting parts of the information.

Again, no action was taken.

Mr Boyle then foreshadowed taking the matter public, and as a result in January 2018, the ATO offered him a financial settlement if he agreed to sign a non-disclosure order.

By this time, Boyle had had enough of the inaction and – believing the public had a right to know of the ATO’s unlawful conduct, he took his story to the media, which involved a joint Age/Herald/Four Corners investigation that resulted in the April 2018 program Mongrel Bunch of Bastards.

But, just days prior to the airing of the Four Corners episode, the AFP raided Boyle’s Edwardstown apartment, and he was subsequently charged with dozens of Commonwealth offences, including offences under the Taxation Administration Act 1953 (Cth) of disclosing confidential information.

It is well-known that such practices, including the Robodebt scheme, were subsequently found to be illegal and – for the Robodebt extortion scheme alone – the Federal Court ordered the government to pay $1.8 billion for its illegal conduct.

So, Mr Boyle was right – the conduct of the office was unlawful. Indeed, it led to enormous suffering for many of our most vulnerable, and even to suicide.

He went through the rights channels and followed the letter of the law, but nothing was done.

So, he fulfilled his moral duty of making the unlawful conduct known to the public, which led to scrutiny, findings of unlawful conduct, significant pecuniary penalties against the government (paid for, of course, by taxpayers) and an end to some of the unlawful schemes.

And yet, he continues to be criminally prosecuted – currently facing 66 criminal charges.

And once again, no one who directed or implemented the illegal scheme has even been brought to account, let alone criminal prosecuted.

Mr Boyle has pleaded not guilty and defending the charges on the basis that his actions are protected under the extremely limited public interest provisions contained in the Public Interest Disclosure Act.

If convicted of all charges, he faces a total of more than 100 years in prison.

According to legal experts, the case is the first major test of the PID Act and will be instrumental in determining the strength and effectiveness of national whistleblower protections, which the new Australian Attorney General, Mark Dreyfus, is considering reforming.

In August this year, prosecutors sought to have the case suppressed. However, the South Australian District Court has released Mr Boyle’s affidavit, in which he has accused the ATO of covering up serious maladministration and lying to Senate Estimates about Mr Boyle’s accusations. In the document he describes how garnishee orders – a legal notice demanding debt payments – became “onerous and oppressive” on taxpayers who had small debts and were experiencing hardship.

According to his affidavit, Mr Boyle first raised concerns about these practices, internally, then to the Inspector General of Taxation / Tax Ombudsman.

Extraordinary powers of the ATO to investigate, and recover debt

In recent years, the Morrison Government invested very heavily in the ATO, providing it with additional resources and providing it with extraordinary powers which often mean that those who find themselves in dispute with the ATO also bear the ‘burden of proof’ – meaning the ‘accused’ has the responsibility of proving (or disproving) otherwise.

This reverses the general principal of law which requires the accuser to prove their case against a defendant.

This was much the same problem with the former Federal Government’s Robodebt scheme which caused thousands of Australians significant duress and was only finally resolved after a class action lawsuit was launched, and debt recovery practices were determined to be illegal in the Federal Court.

In 2019, after Mr Boyle’s allegations were made public, the Inspector-General of Taxation conducted a review and found there were no systemic issues with the ATO’s use of garnishee orders to recover small business debts, but staff needed to be better trained.

However, any ordinary person dealing with the ATO might take a different view.

Tax audits are more commonplace than ever before. Whereas once upon a time audits were only conducted when there appeared to be a serious miscalculation or potential wrongdoing, this is no longer the case.

Tax Audits are incredibly complex, stressful and time consuming – they can put a small business into turmoil. It’s also often been acknowledged that Australia has one of the most complicated tax regimes in the Western world, which also makes it difficult for self-employed people and small businesses to navigate without the need for a professional accountant or tax agent working on their behalf. And then, of course, it’s often the case that large foreign-owned corporations get away with paying minimal tax here in Australia.

More recently, a report from the Australian National Audit Office (ANAO) found that the Australian Taxation Office failed to collect billions in unpaid superannuation  — at significant cost to workers. Yet the ATO was not held accountable for this, in the same way that it demands accountability for unpaid debts from ordinary Australians. Instead it simply promised the ANAO that it would aim to improve.

Many might say – irrespective of the details and nuances of Mr Boyle’s particular case – that the ATO does not appear to be overly supportive of small business – the majority of Australian businesses – which former Prime Minister Scott Morrison acknowledged were the “engine room” of the Australian economy.

Without adequate support, these businesses fail, people end up in financial debt which can destroy livelihoods and cause enormous emotional distress. Not only is this socially detrimental, it creates a burden on the health system and stifles innovation and entrepreneurship, which are good for the economy.

Calls for the Attorney-General to end the prosecution

The calls for Attorney-General Mark Dreyfus to intervene and end this landmark case are loud and clear. He has the power to do so, as evidenced by his recent dismissal of the Federal Government’s prosecution of lawyer Bernard Collaery, who was charged with conspiring to release protected information about an alleged spying operation in East Timor.

Whistleblowers should not be prosecuted. They are vital in a healthy, functioning democracy.

Furthermore, government agencies should develop a culture of continuous improvement – if there is criticism of practices, processes and procedures, these should be embraced as opportunities for review and change and further development.

Instead, in Australia, large government agencies have a tendency to try to sweep problems under the carpet, and firmly close their doors to any kind of public scrutiny, to the detriment of the Australian public.

If Mr Boyle loses his application to be immune from prosecution, he will face trial next year, and the prospect of more than 100 years behind bars. 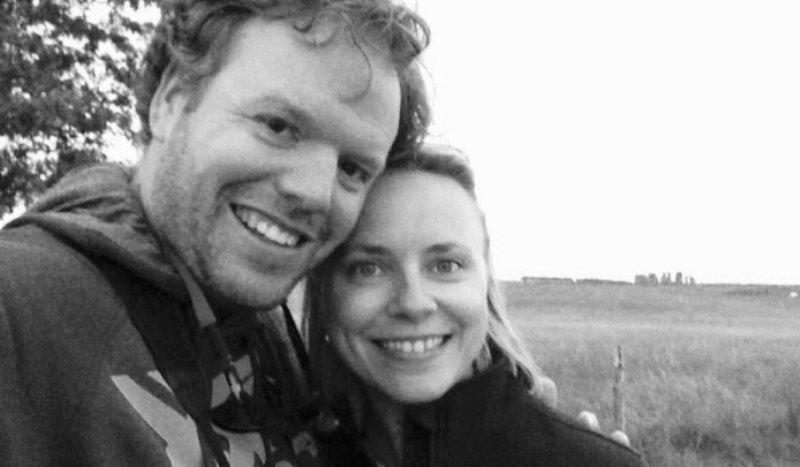