The Russian president says the “myth of the Western welfare state, of the so-called golden billion, is crumbling”.

Russian President Vladimir Putin has opined that the latest rounds of unprecedented sanctions imposed on Russia by the US and its allies over the Kremlin’s military campaign in Ukraine, mark the end of an era. According to Putin, from now on the West will be losing its “global dominance” both politically and economically.

Speaking on Wednesday, the Russian head of state proclaimed that the “myth of the Western welfare state, of the so-called golden billion, is crumbling.” Moreover, it is the “whole planet that is having to pay the price for the West’s ambitions, and its attempts to retain its vanishing dominance at any cost,” Putin said.

The president predicted food shortages across the world as Western sanctions against Russia are adversely affecting the entire global economy.

Touching on the decision by several Western powers to freeze Russia’s central bank assets, Putin claimed that this would only serve to irreparably undermine trust in those nations, and make other countries think twice before placing their reserves in the care of those countries. According to him, nearly half of Moscow’s assets were “simply stolen” by the West.

Addressing people in the West, the Russian leader said the massive sanctions imposed on Russia were already backfiring on the US and Europe themselves, with governments there trying hard to convince their citizens that Russia was to blame.

Putin warned ordinary people in the West that attempts to portray Moscow as the primary source of all their woes were lies, with a lot of those issues being the direct result of the Western governments’ “ambitions” and “political short-sightedness.”

The Western elites, according to Putin, have turned their countries into an “empire of lies,” but Russia will keep on presenting its own position to the whole world, no matter what. 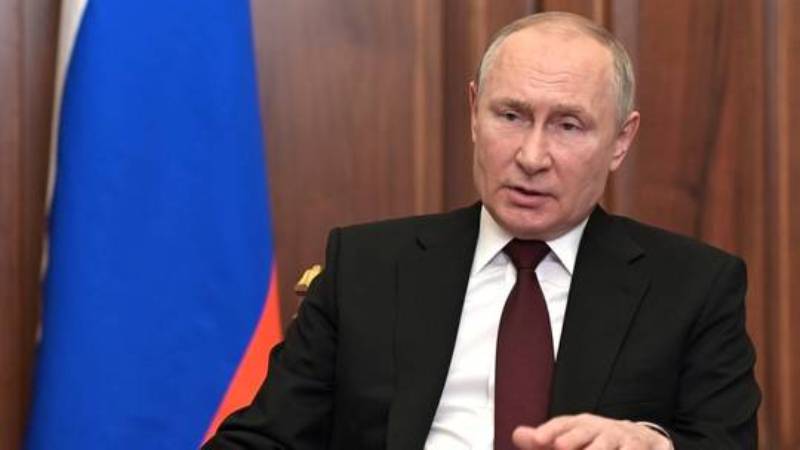