Victorian Election Reaction Video – All About Perspective and Silver Linings

Victorian Election Reaction Video – All About Perspective and Silver Linings

Tonight was not a good night… not gonna try and sugar coat it. But that doesn’t mean all is lost or that it’s some sort of disaster… there’s some perspective needed, some patience, and some courage.

We have a big job ahead of us, not gonna lie, and my role in it is quite clear as I discuss in the video, but hopefully my thoughts on today’s Victorian State Election will help you to get perspective for yourself and make decisions about what you want to do going forward. 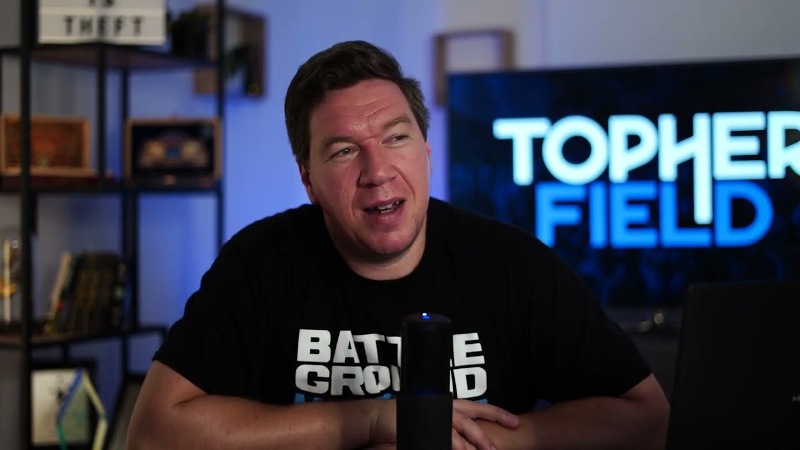 Ben Perrin
I’m honestly at a loss for words. How does something like this happen? How does he commit the crimes he did and people seem to love him for it? Is there any hope that he’ll be held to account now?

Luke Annett
Well said Topher. To be honest, I was expecting exactly this after the federal election but it is still disappointing..

Scovid Cafe
I don’t think anyone could understand how furious I am, and how gutted I feel. I lost my business that I built from scratch due to the lockdowns, my livelihood stolen, my children suffering the consequences
I have been unemployed for a year. My mental and physical health has been in tatters, and I’m seeing these nasty commies mocking business owners in YouTube comments, Twitter and the like. Laughing about the fact they lost their businesses. I don’t know how to handle this I’m sorry…

judith drew
Topher, I watched the Discernable election program last night. Towards the end Ian Cook came onto the panel. He said that the booths in his seat had been given written instructions to only count labour and liberal votes. Ian has lodged a protest for a full count as he believes that there are many more votes for him than what has been stated so far.

Sas Predydious
Topher, the Victorians have spoken! I wish them well but I withdraw.
We have a Federal Labor Gov and 6 out of 8 states/territories are also Labor. There’s been a lull because of the Vic elections. You have every reason to worry Topher!

Howard B.
Never forget and never ever forgive – I moved out of Vic 6 years ago – but family still in Vic. Mother in aged care – lock downs and restrictions over the last few years have made it impossible to spend quality time with my mother because I chose to not take the magic potion. Given that what we knew and are continuing to learn about the impacts of “POLITICAL” medical advise and regulation – it is simply mind boggling that this man is still around let alone premier of a once majestic state of Aus.

Stefanie Elinor
Daniel hasn’t won his seat yet. Ian Cook is calling for a recount. The votes were less than 50% counted when Dan made his speech.
Thanks for the Herculean effort you made during the last two years Topher.

Gloria Feather
Thank you Topher for those wise thoughts. Whilst I am a QLDer I’ve been following the Victorian dilemma and even participating in one of their freedom marches. I’ve been to Canberra Epic, Gold Coast, Brisbane, Melbourne, Sydney and Townsville rallies as I was so incensed at this tyranny (lost my job as a registered nurse). I was extremely disappointed although not at all surprised at the results as I knew many Victorians thought DamAndrewsStan had actually saved them from certain death during this plandemic. If Venusaela’s situation is not the writing on the wall for Victoria/Australia I don’t know what is. And I believe Zimbabwe was once a very prosperous country along with many more countries if we care to investigate their downfall. Congratulations Topher to you and your wife. What a lovely way to celebrate the end of year 2022 with a new little bub. I’m very interested in learning how you interpret freedom and how to have conversations. I attended an Australian Thanksgiving Dinner last night and I found the conversation whilst friendly and inclusive so superficial. I was able to mention the Shrine of Remberance story and freedom rallies despite my daughter hovering over me to calm any untoward reactions to my desire for chewy conversations. But I only received blank and surprised looks.
And God bless to all the freedom thinkers out there.

Leisa Apelt
Pretty speechless today and in a state of shock. Topher, I wish you and your family the very best with your move and birth of your new child. Thank you for all your efforts and providing a place a refuge to talk about the important issues. Much courage, wisdom and blessing.

Andrew Bowers
Topher, you don’t need to make that sacrifice for a crowd of fools. It’s great to hear that you’ve decided to leave – asylum Melbourne. Congrats mate, and all the best to your family.

John Anderson
The secret is not to identify as a Victorian – focus on your tribe of people that share the same values as you and spend time with them. I have very little in common with folks that would vote for Dan just happen to share the same land