US Reveals Record Number of Its Troops in Poland

US Reveals Record Number of Its Troops in Poland

Over 12,000 US troops are currently in Poland, but Warsaw and its Baltic allies want even more.

The US ambassador to Poland revealed on Thursday that there are 12,600 of America’s military personnel in the EU member state at the moment, the largest number in history. As NATO conducts massive exercises on Ukraine’s doorstep, Poland and the Baltic states have asked for even more troops, according to documents leaked to the press earlier.

“I am very grateful to Poland for hosting so many American troops on its territory. At the moment, 12,600 soldiers are on the territory of the Polish Republic. This is more than ever before in history,” Polish media quoted Ambassador Mark Brzezinski as saying on Thursday, during his visit to NATO’s Defender Europe 22 military exercises.

The Polish military described the exercise as “a test of rapid movement of troops and equipment” and said on Thursday that troops from NATO countries have already “practiced rail and road transport as well as forcing water obstacles.”

The US does not have a permanent military base in Poland, though Warsaw has long lobbied for one. In an effort to woo the previous US president, the Poles had even proposed to call it “Fort Trump.”

There are currently around 100,000 US troops in Europe. A number of NATO members have also dispatched their soldiers to the alliance’s “eastern flank,” which runs from Estonia to Romania, after Moscow sent troops into Ukraine in February.

Poland, Lithuania, Latvia and Estonia have recently asked NATO to permanently station around 6,000 troops on the territory of each country and have a 20,000-strong contingent ready to deploy in case of a Russian attack, according to a confidential proposal obtained by the Washington Post earlier this week. The four states also want permanent facilities built for the division-sized force, with prepositioned equipment and supplies.

“Russia can rapidly mass military forces against NATO’s eastern border and confront the Alliance with a short war and fait accompli,” the document reportedly said.

Poland is currently serving as NATO’s main logistics base for supplying weapons and other military aid to Ukraine. Warsaw has also sent Kiev over 200 tanks, as well as artillery, fighter jets, drones and ammunition. 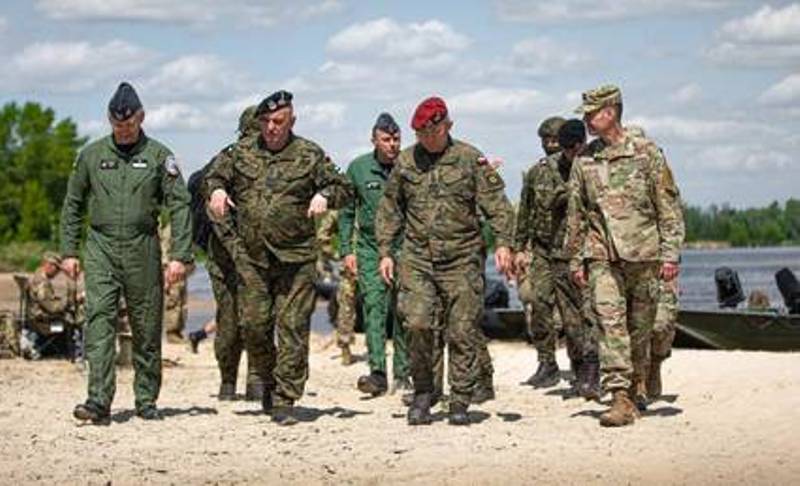