Trump Warns Something Worse Than Recession is Coming

Trump Warns Something Worse Than Recession is Coming

Former President Donald Trump has warned that America’s economy is on track for a bigger disaster than a recession, with his remarks coming shortly before government statistics showed GDP printing negative for the second consecutive quarter, which is a rule-of-thumb definition for a recession.

“Where we’re going now could be a very bad place,” Trump said at a rally in Arizona last week. “We got to get this act in order, we have to get this country going, or we’re going to have a serious problem.”

The former president singled out the collapse in Americans’ real wages, a historically depressed labor force participation rate, and the Democrat push for the Green New Deal that he said would crush economic growth.

“Not recession. Recession’s a nice word. We’re going to have a much bigger problem than recession. We’ll have a depression,” the former president said.

Trump’s remarks came several days before the Bureau of Economic Analysis (BEA) released data showing that real U.S. GDP fell by an annualized 0.9 percent in the second quarter after contracting 1.6 percent in the first quarter.

Two consecutive quarters of negative GDP growth are a common rule-of-thumb definition for a recession, although recessions in the United States are officially declared by a committee of economists at the National Bureau of Economic Research (NBER) using a broader definition than the two-quarter rule.

Vance Ginn, Chief Economist at the Texas Public Policy Foundation, told The Epoch Times’ sister media NTD in an interview that, while officially it’s NBER that calls recessions, the two-quarter rule is “usually how it’s done by a rule of thumb.”

“I think this is definitely recession that we’re in now from these bad policies,” Ginn added, blaming a series of “progressive policies” coming out of the White House and the Democrat-controlled House. 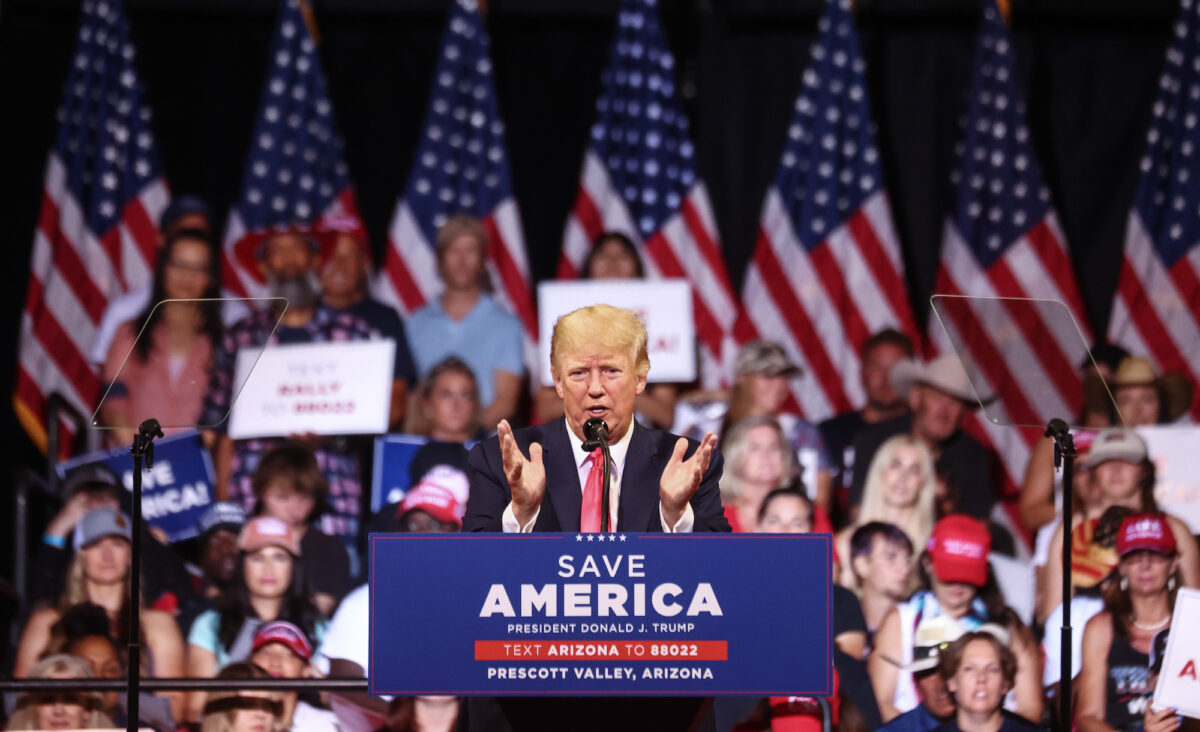 In his remarks, Trump also took aim at President Joe Biden’s handling of the economy, blaming him for soaring inflation.

“Biden created the worst inflation in 47 years. We’re at 9.1 percent, but the actual number is much, much higher than that,” Trump said.

While the former president didn’t provide his own estimate for the true rate of inflation, an alternative CPI inflation gauge developed by economist John Williams, calculated according to the same methodology used by the U.S. government in the 1980s, puts the figure at 17.3 percent, a 75-year high.

Trump also said that persistently high inflation combined with an economic slowdown has put the country “on the verge of a devastating” spell of stagflation, which is a combination of accelerating prices and slowing economic growth.

Inflation is “going higher and higher all the time,” Trump said, adding that it’s “costing families nearly $6,000 a year, bigger than any tax increase ever proposed other than the tax increase that they want to propose right now.”

In Trump’s first full month in office in February 2017, the headline Consumer Price Index (CPI) inflation gauge came in at 2.8 percent in annual terms. While the CPI measure fluctuated during his tenure, the highest it ever reached was 2.9 percent in July 2018, while in his final month in office, January 2021, inflation clocked in at 1.4 percent.

Under Biden, inflation has climbed steadily, soaring 9.1 percent year-over-year in June 2022, a figure not seen in more than 40 years. 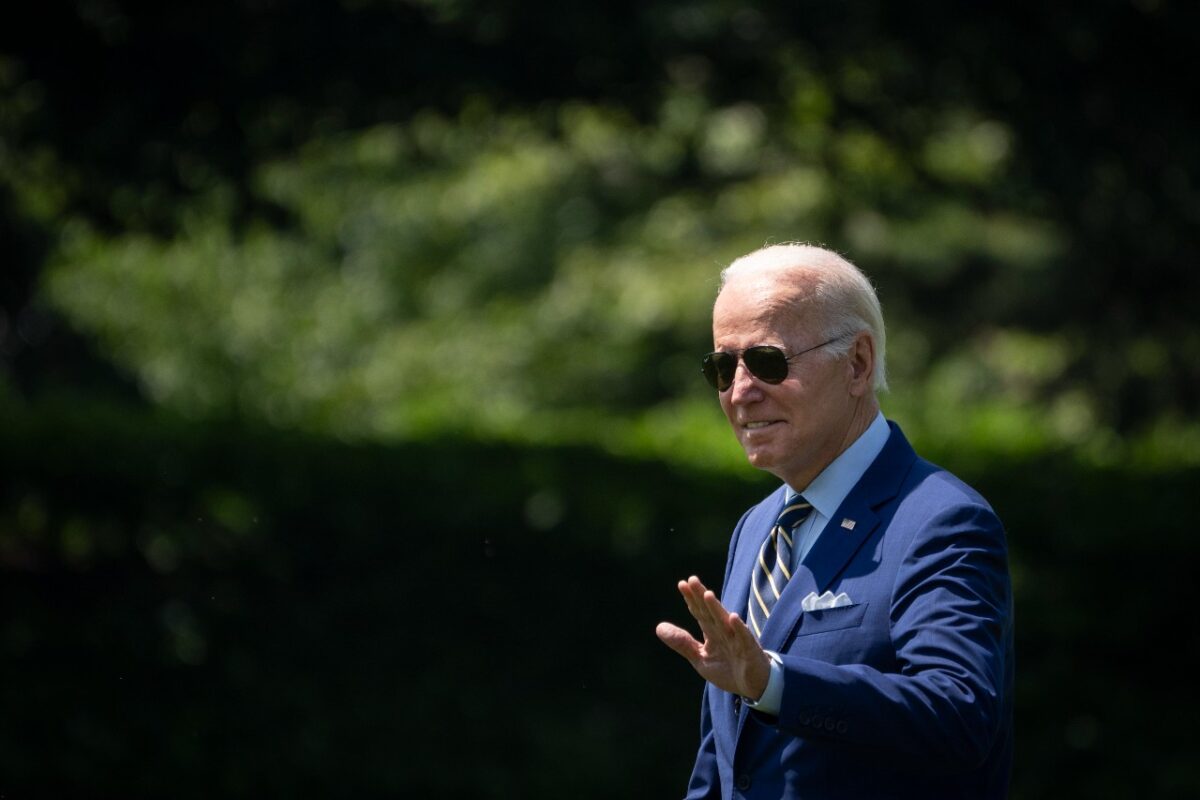 President Joe Biden waves as he walks to Marine One on the South Lawn of the White House on July 20, 2022.

Soaring energy prices have been one of the key contributing factors to inflation, accounting for around half of the headline inflation figure, according to the Bureau of Labor Statistics.

In his criticism of Biden’s policies, Trump singled out what he called “Biden’s war on American energy” and blamed it for pushing up gasoline prices.

Since taking office, Biden has taken a number of executive actions targeting the oil industry, including rescinding the Keystone XL pipeline permit, halting new oil and gas drilling leases on federal lands and waters, and ending fossil fuel subsidies by some agencies.

The price of gasoline is around double what it was when Biden took office, with the president blaming various factors, including a lack of refining capacity, the war in Ukraine, and corporate greed.

In a bid to lower prices at the pump, Biden ordered the release of oil reserves from the national strategic reserve, called on U.S. refineries to boost output, and pushed OPEC to pump more crude.

In his speech, Trump said this amounted to “begging” other countries to pump more oil instead of trying to ramp up domestic production.

“We have more liquid gold under our feet than any other country in the world. We are a nation that is consumed by the radical left’s Green New Deal, yet everyone knows that the Green New Deal will lead to our destruction.”

“Just two years ago, we were energy-independent. We were even energy-dominant. The United States is now a beggar for energy.”