Tonight’s Australian Federal Election Only Highlights Democracy Has Been Dead for Sometime, and the Two-Party Preferred System Is Rigged to Ensure Only Labor or Liberal Can Win

Tonight’s Australian Federal Election Only Highlights Democracy Has Been Dead for Sometime, and the Two-Party Preferred System Is Rigged to Ensure Only Labor or Liberal Can Win

Tonight’s Australian Federal Election only highlights Democracy has been dead for some time, and the two party preferred system is rigged to ensure only Labor Or Liberal can win.

Despite a massive backlash against the two major parties, and despite their lowest primary vote, Labor is to be elected as the next Australian Government.

Because it’s almost impossible, perhaps impossible for any other party to win, it means the result is well known before an election takes place, that either Globalists controlled party, i.e. Labor or Liberal will win.

It means that the system is broken and perhaps was designed to be this way.
A system that effectively gives people only two choices of Prime Minister, two choices any intelligent Australian would clearly reject.

Australia and the world needs a peaceful revolution.

But in the words of JFK
“If Governments don’t allow for a peaceful revolution, they’ll be responsible for a violent uprising.”

Australia needs a new political system, and or should look at forming a breakaway Republic to dump the Great Reset Communist Globalist agenda.

The fact that 1 Australian is dying every 15 mins, ie excess mortality of 2865 excess deaths in January, 22.1% increase, which can’t be from Covid, as we were told the Vaccines are safe, effective and necessary.

So if it’s not Covid, it can only be from the deadly phase 3 medical trials.

As the new Government will continue to cover up the vaccine death and injury, which will only get worse, a revolution will come one way or the other.

Albanese should celebrate tonight, as his celebration will be short, as winter is coming.

Rising interest rates, rampant inflation, fuel prices rising and deliberately created food shortages, that will kill tens of millions, maybe hundreds of millions, and yet another falsified pandemic to cover for the vaccine death and injuries

Does Albo look like someone that can handle the storm that is coming?

Of course not.
He has been selected, not elected. The Globalists will not allow you to have a non Globalists shill.

The people were given only 2 choices which the majority of Australians wanted neither, but under a preference system are forced to effectively preference.

Time for a new system and a new breakaway nation.
It’s time to end the support for a Globalists political system 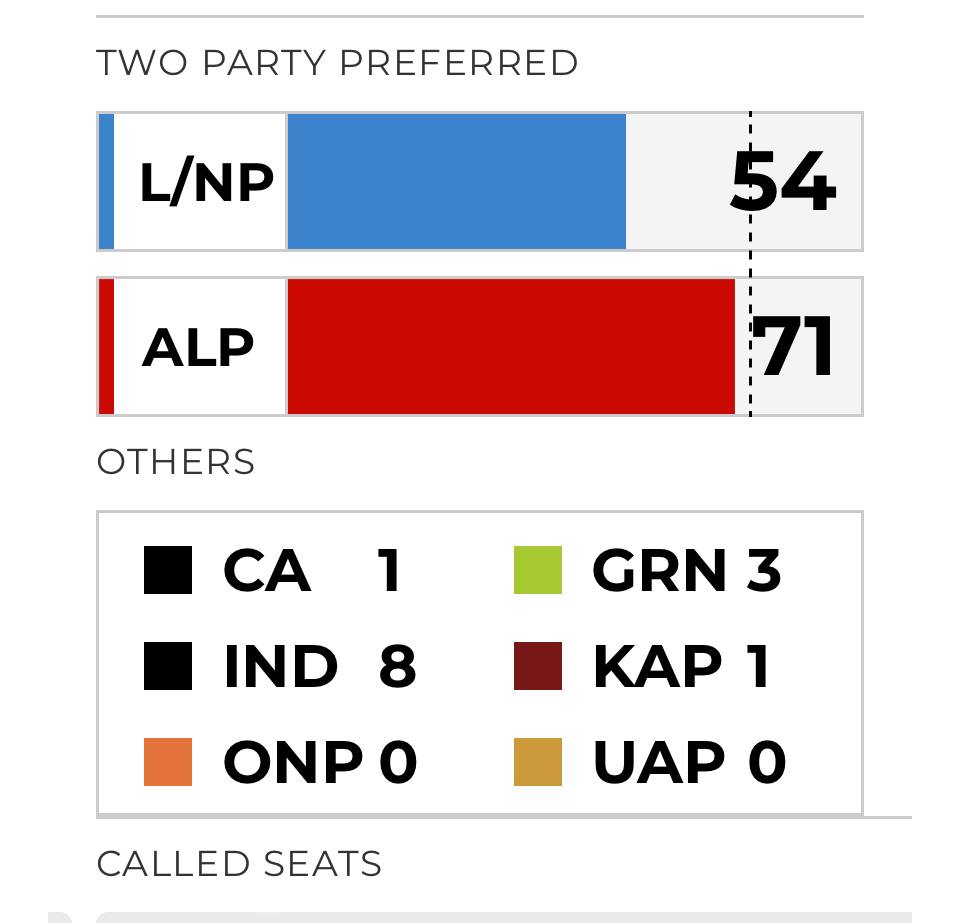 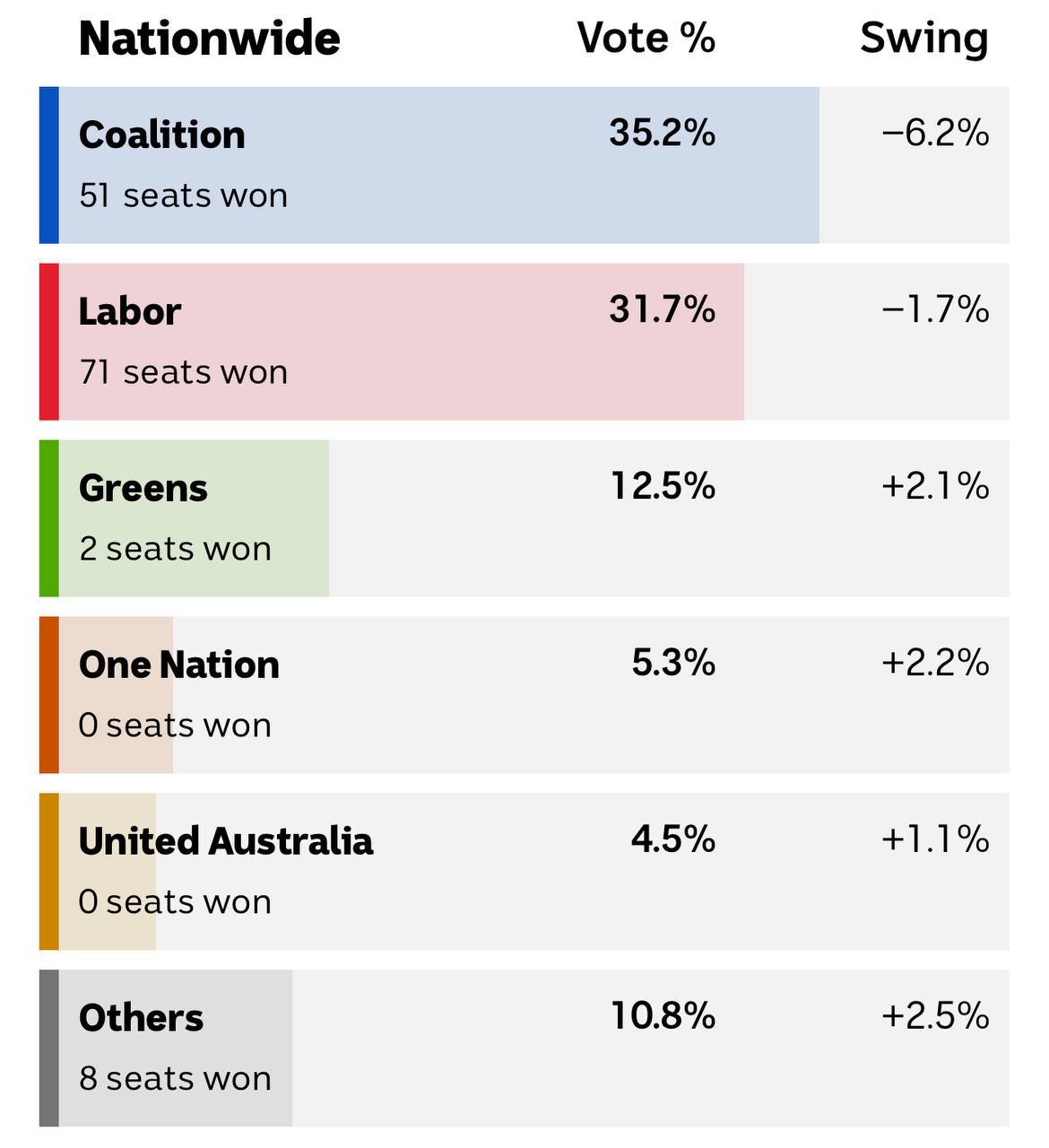 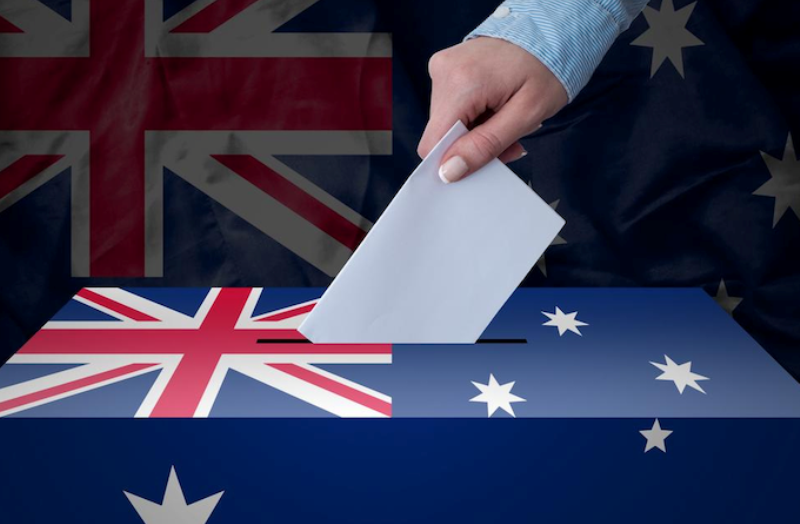