There is currently a massive psyop happening that is manufactured entirely by the neocon establishment GOP and the corporate media. They are trying to set up DeSantis as the nominee for 2024 so they can return to (((normal))) and take the Republican Party back to what it was before Trump.

DeSantis, even if he did some good things is an opportunistic politician and these types shouldn’t be trusted without someone who is genuine like Trump above them as their leader, and there are many issues that DeSantis hasn’t spoken about so we don’t know what he truly stands for.

Trump’s biggest mistake was surrounding himself with the GOP rinos and letting them influence him, now that they see no use for him they are jumping ship to DeSantis in hopes of him being a perfect puppet to control.

The mainstream media has been shilling Trump vs DeSantis for a long time now, so it’s clear who the democrats would prefer as their opponent in 2024.

Trump did a lot of things we didn’t like, but he did many more things that the establishment didn’t like, and they’ve been obsessed with destroying him since 2016.

There have been many attempts to do this, but what we are seeing now might just possibly work.

Trump himself was claiming these elections would be real, which was rather stupid of him.

Now there is this narrative set up to replace Donald Trump, the eccentric billionaire who tried to make America great again, with the shill Ron DeSantis.

Remember that the Post is probably the most influential conservative paper in America.

The whole entire media is going to go all in on this. It’s going to be nonstop, and it’s going to drown out whatever noise Donald Trump is able to make with no social media and no ability to get the kinds of major media access he had in 2016.

All he can really do is hold rallies that virtually no one will see the footage of while the entire machine shills DeSantis. 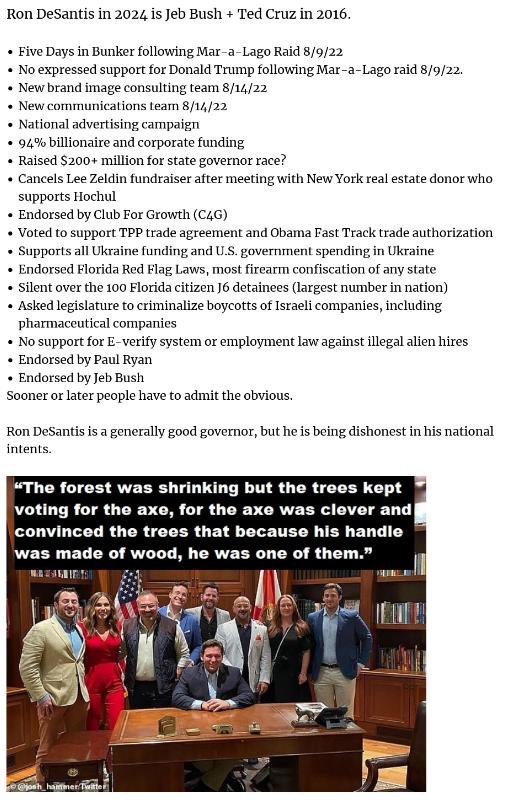 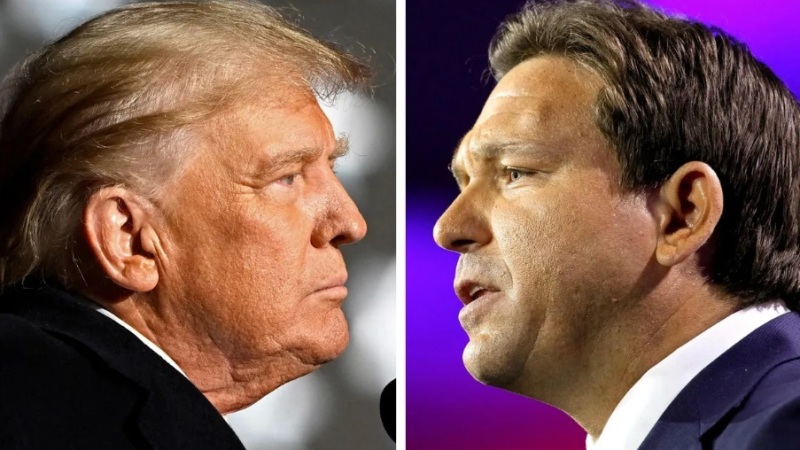