Ukraine has suffered the “irretrievable loss” of an estimated 23,367 troops since Russia launched its military offensive in February, the Ministry of Defense in Moscow stated on Saturday.

The casualty figures were revealed by Defense Ministry spokesman Major General Igor Konashenkov, who said that in the city of Mariupol alone Ukraine has lost more than 4,000 fighters, including “foreign mercenaries” and “Nazis” associated with the notorious Azov and Aidar regiments.

In a statement, the general accused President Volodymyr Zelensky of hiding the true scale of his country’s losses, saying the president “is afraid to tell the people of Ukraine” how many soldiers have died.

Konashenkov explained that Russia has obtained documents proving the figures, and would soon publish more detailed information from these files.

Ukraine claims to have lost between 2,500 and 3,000 soldiers across its entire territory. This was the figure Zelensky gave to CNN in an interview on Friday, while claiming that the Russian military had suffered as many as 20,000 casualties of its own. Moscow heavily disputes Zelensky’s claims. According to a count published by the Russian government last month, 1,351 had died, at that juncture.

Russian forces shot down a Ukrainian military transport aircraft near Odessa, Konashenkov also claimed, stating that the plane was “delivering a large batch of weapons supplied to Ukraine by Western countries.” Russia had previously declared that such foreign arms shipments would be considered “legitimate targets” by its forces.

Earlier this week, US President Joe Biden authorized an $800 million package of heavy weapons for Ukraine, including artillery pieces and helicopters. According to a CNN report on Friday, the first flight of weapons from this package was due to arrive in Ukraine within a day.

Over the course of Friday night and into Saturday morning, Russia used high-precision strikes to destroy an armored-vehicle manufacturing plant in Kiev and a military repair depot in the city of Nikolaev in southern Ukraine, Konashenkov said earlier on Saturday. A total of 16 targets were hit overnight, including Ukrainian military units, weapons and ammunition depots, and radar facilities, he added.

Moscow warned earlier this week that it would step up such strikes, and would hit “decision-making centers” in Kiev in retaliation for Ukraine’s shelling of Russian territory. Kiev denies launching such attacks on Russian soil.

The intensification of Russia’s attacks also comes after the cruiser Moskva, the flagship of Russia’s Black Sea Fleet, sank after a fire broke out on board and spread to ammunition stores. Ukraine claims to have hit the vessel with an anti-ship missile.

Russia attacked the neighboring state in late February, following Ukraine’s failure to implement the terms of the Minsk agreements, first signed in 2014, and Moscow’s eventual recognition of the Donbass republics of Donetsk and Lugansk. The German and French brokered protocols were designed to give the breakaway regions special status within the Ukrainian state.

The Kremlin has since demanded that Ukraine officially declare itself a neutral country that will never join the US-led NATO military bloc. Kiev insists the Russian offensive was completely unprovoked and has denied claims it was planning to retake the two republics by force. 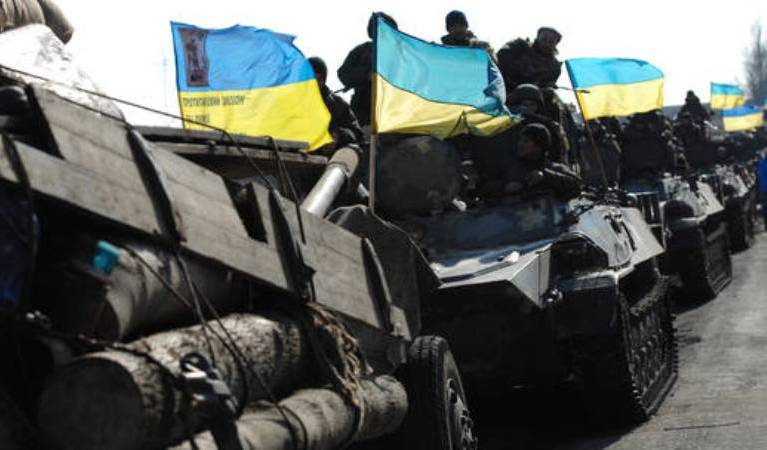 Share
Facebook
Twitter
Pinterest
WhatsApp
Previous articleThey Weaponised CV 19 With Mandates To Conform You to Agenda 30 NWO Smart 5G Cities To Integrate Humanity With the Digital World. The Real Virus Is WHO, WEF, UN
Next articleKharkov Based Freedom Journalist Gonzalo Lira Is Feared To Have Been Adbucted by Ukrainian Nazis