– There was a slow uptake of COVID-19 vaccinations by QPS staff as of August last year, which was why the directive was made
– Commissioner Carroll told the court she backed the committee responsible for granting or denying exemptions to QPS staff
– She will continue giving evidence later this week at the civil trial being heard in Brisbane

Queensland’s Police Commissioner Katarina Carroll has been grilled in the Supreme Court over her decision to introduce a mandatory staff-wide COVID-19 vaccine policy.

Commissioner Carroll was called as a witness on day three of a civil trial being heard in Brisbane that was challenging workplace mandates for more than 70 employees of the Queensland Police Service (QPS) and Queensland Ambulance Service (QAS).

She told the court that before issuing the direction last September she had received an “extraordinary” amount of information on vaccines from a range of sources, including the Chief Health Officer (CHO) and the state’s health department.

“It was clear, very clear … that vaccination would prevent deaths and reduce severe illness,” Commissioner Carroll told the court.

Under cross-examination by Dominic Villa, who is representing a group of seven QPS staff, Commissioner Carroll was repeatedly questioned about what documents she had read before issuing the directive.

“I would not have read every page of every document — I would get briefed on those,” she told the court.

“I cannot read every one … it is not humanly possible.”

Commissioner Carroll was also asked about how she concluded that COVID-19 would have a “significant” impact on frontline officers if they refused to get vaccinated.

“In a small station, if 50 per cent of the people have COVID it would be significantly impacted. In larger areas, that would not be the case,” she told the court.

Mr Villa suggested that Commissioner Carroll’s reasoning for determining QPS staff were at a higher risk of infection was “an exercise in pure speculation”.

“We had very good evidence of what occurred across the world.”

The court heard that as of August last year, there was a slow uptake of vaccinations by QPS staff, which was why the directive was made.

“We had a time frame where we really wanted people to get vaccinated quicker … due to the nature of our role,” she told the court.

The court heard those seven QPS staff had been denied an exemption under “exceptional grounds” that they had not agreed to government-mandated vaccinations.

When asked about the exemption process, Commissioner Carroll backed the committee responsible for deciding them and rejected a suggestion there was a deliberate attempt to exclude those types of objections. 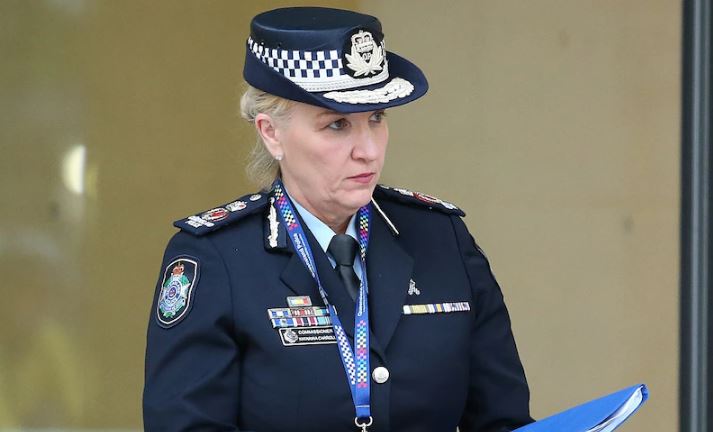