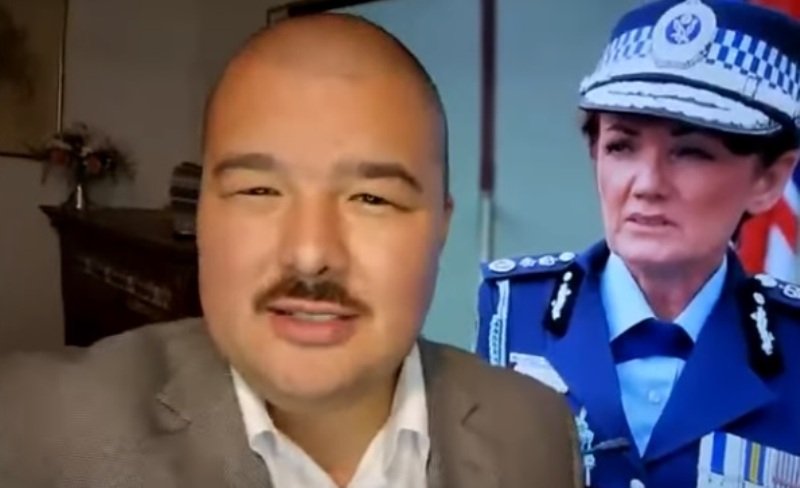 Constable Daniel Keneally entirely fabricated allegations sent Luke Moore to gaol for a crime he simply hadn’t committed, and the police officer that charged Luke, Detective Sergeant Malcolm Felgate, let Luke languish in gaol whilst sitting on the audio recording that undeniably proved that Keneally had loaded up Luke with an offence that could have sent him to gaol for 10 years.

After all charges were eventually dropped and Luke was release from gaol, he complained to the Law Enforcement Conduct Commission (LECC) who determined that this was not a matter justifying their investigation. The LECC then forwarded Luke’s complaint to the NSW Police for them to investigate internally. That investigation was handled by Superintendent Sam Crisafulli and Sergeant Joshua Madden from Keneally’s own Newtown police station, who simply wrote it off by saying that Keneally “did not act with due care and diligence in the making of his statement”. The NSW Police through their lawyers then attempted to buy Luke off with $170,000 compensation for Keneally’s “error”. Luke rejected this offer.

The LECC who had previously determined this was not a matter justifying their investigation, were then forced to act only after this scandal was raised publicly in the NSW Parliament on the 24th of November 2021 by the Hon. Rod Roberts. The LECC however have still not released their investigation report, despite Luke being advised by the Office of the Director of Public Prosecutions (ODPP) that they have advised the LECC that there is sufficient evidence to prosecute Keneally for a criminal offence.

At a recent NSW Parliament Budget Estimates hearing in August, NSW Police Commissioner Karen Webb said that she welcomed the opportunity to review this matter and gave evidence that Constable Keneally had previously been suspended and reinstated. After supplementary questions were asked of Commissioner Webb surrounding Keneally’s suspension, she has now been forced to correct her evidence, stating now that Keneally has never been suspended and remains a serving member of the NSW Police. Whilst Commissioner Webb may have inherited this mess from Commissioner Mick Fuller, she now firmly owns it, and as the Commissioner she needs to either publicly state that she still has confidence in Constable Keneally to be a serving member of the NSW Police or dismiss him. The buck firmly stops with her.

Constable Daniel Keneally’s misconduct was covered up from the get-go, and nothing less than an open public inquiry is needed to expose all those who are complicit in this continual rot.

Machinegunpreacher
It’s horrible what Luke Moore went through. He’s so lucky he had a recording of Daniel Keneally. As an office of the law, Daniel Keneally should be upholding the law and protecting Australian Citizens at all cost. The fact that he broke he’s sworn oath and disrespected the law, he should get 10 years in jail, just like they were going to sentence Luke for that amount of time

bladeuser101
Well done Aussie Cossack and Luke Moore for having the courage to stand up and speak out against the corruption that is rampant throughout this secular western system . We have allowed these greedy self serving parasites to get into these positions of power and now we are reaping the consequences. Justice must prevail and those found guilty must be punished to the full extent of the law.

Steven Dossi
This needs to be a royal commission into curropt police and anyone who is found guilty of curroption needs to be sent to jail 100%.

kadmow
cops are educated in law, breaches and instances of “malfeasance”/ intentional “bad acting” is unacceptable – max term is only appropriate.

Joe ker
Police should be punished more severely for their crimes, as should anyone in any position of so called authority.

Ricki Beattie
When corrupt police knowingly beak the law they should face the maximum penalty and maximum time!! It’s worse when police break the law than the average criminal….

Bumble Bee
Listening to these vicious and pernicious stories of interference in people’s lives by half witted entitled bullies is very upsetting to consider.. I’ve heard of so many of these instances. It’s terribly concerning, and truly hurts everyday good people and society. In Queensland I’ve come across some great police, but these sociopathic creeps bringing down the good name of decent working people need to be weeded out and held to account by the most stringent of scrutiny, especially by their own peers. The misuse of office is an egregious offence.

Steven Dossi
If this cop go’s to court once charged people need to turn up to the court case to make sure it is properly handled and no curroption with the judges also.

Annon1212
Amazing I wonder how many innocent people sitting in our jails
Can’t imagine how many aboriginal brothers unjustly in jail convicted on false evidence.

Ray Pestrapur
Police who commit perjury with the malicious intent of sending the undeserving to prison should face the maximum sentence allowed by law. These louts and their enablers need to be weeded out and JAILED.

Andrew Daly
Daniel Keneally can’t go to court as he will have to lie about who ordered him to lie or tell the truth about it and that will not be allowed.