Almost all of it is just going to have to shut down.

Right now, they are thinking they can hold on until things get better, but there is literally no expectation that things are ever going to get better.

Nearly three out of five German industry associations are pessimistic about next year and expect their companies to produce less as high energy prices due to the war in Ukraine show no signs of abating, found a survey published Tuesday.

See also  And now they turn to making Elon Musk public enemy #1, because they hate and attack any effective resistance.

Nearly 40 associations said the current situation for their companies is worse than a year ago, when many assumed that the worst of the coronavirus pandemic had been mostly overcome.

“Businesses do not expect the high energy prices to fall back to pre-crisis levels in the foreseeable future. That clouds the outlook for the coming year enormously,” said IW economic expert Michael Groemling. 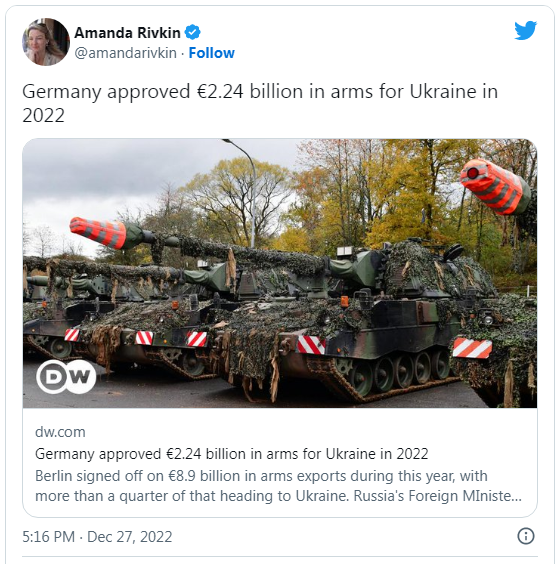 Berlin signed off on €8.9 billion in arms exports in 2022, with more than a quarter of that heading to Ukraine. Meanwhile, Russia reaffirmed its demands for ending the war.

Germany’s government gave the greenlight to arms exports amounting to at least €8.9 billion ($8.48 billion) this year, making it the second-highest annual figure ever, according to the German Economy Ministry following a request from Left Party (Die Linke) lawmaker Sevim Dagdelen.

Over a quarter of the weapons and military equipment sent during the course of the year has gone to Ukraine as it battles Russia’s invasion.

Germany’s coalition government had sought to reduce exports of arms after coming to power but had to change tack after the Russian invasion of Ukraine on February 24.

In the face of severe criticism over the country’s postwar policy of not providing lethal aid to conflict zones, the Scholz administration announced a reversal of that policy as part of the country’s military and security politics “Zeitenwende” or “turning point” announced shortly after the invasion began.

Germany has made deliveries worth €2.24 billion including anti-aircraft tanks, multiple rocket launches, the IRIS-T air defense system and self-propelled howitzers, among other pieces of military equipment.

The official figures are expected to be announced in January.

Separately, Marie-Agnes Strack-Zimmermann, the chairwoman of the parliamentary defense committee, told German news agency RND that the federal government needed to have a better strategy in place to deal with what was happening in Ukraine.

Strack-Zimmerman also questioned the wisdom of not sending battle tanks to help Ukraine and said the decision was “not only incomprehensible, it is alarmingly short-sighted.”

Here are the other main headlines from the war in Ukraine on Tuesday, December 27:

Russian President Vladimir Putin announced on Tuesday banning the export of Russian crude oil to countries abiding by a price cap enforced by Western countries to dry up Russian oil revenues funding the war on Ukraine.

The presidential decree would come into force on February 1, 2023, and apply until July 1, 2023. It came as a response to “actions that are unfriendly and contradictory to international law by the US and foreign states and international organizations joining them.”

Earlier in December, the Group of Seven economies (G7), the European Union and Australia agreed to a $60-per-barrel (€56.35) price cap on Russian seaborne crude oil. The controversial measure, unprecedented even during the Cold War, came into effect on December 5.

Putin’s Tuesday decree includes a clause that would allow him to overrule the ban in special cases.

A former president of Russia and one of the most hawkish proponents of the Ukraine war, Medvedev said a lot of people’s predictions included ideas “competing in proposing the most unexpected and even absurd.”

“Let us do our part, too,” Medvedev added, before listing his predictions.

A top ally of Putin, Medvedev predicted war between Germany and France next year and a civil war in the US.

On the New Year’s Eve, everybody’s into making predictions

Many come up with futuristic hypotheses, as if competing to single out the wildest, and even the most absurd ones.

He added that the UK would return to the European Union, following which the bloc would break up.

He also predicted Elon Musk rising to become president of the US, garnering a response from Musk.

Musk replied “Epic thread!!” to Medvedev’s list, before criticizing some of the ideas in a separate tweet.

Ukraine’s Deputy Defense Minister Hanna Maliar said Russian forces were trying to encircle the city of Bakhmut in the Donetsk region, but without success.

Gaining control of the city could give Russia a stepping stone to advance on two bigger cities, Kramatorsk and Sloviansk.

Heavy battles were also underway around the city of Kreminna in the Luhansk region, governor Serhiy Haidai said.

The General Staff of Ukraine’s Armed Forces reported more Russian shelling of Kherson city in southern Ukraine, in the Zaporizhzhia region and of settlements in the Kharkiv region in the northeast near the Russian border.

‘Over 4,500’ cyberattacks since start of war — Ukrainian cybersecurity chief

There have been over 4,500 cyberattacks in Ukraine since the start of Moscow’s invasion, according to Ukraine’s intelligence service.

Ukrainian cybersecurity chief Ilya Vityuk said in televised comments that Russia has been carrying out “on average more than ten cyberattacks per day.”

According to Vityuk, Russia’s main targets were the energy sector, logistics, military facilities and government databases.

The cybersecurity chief said that Kyiv has been grappling with such attacks for eight years and that it was well prepared against them.

According to the Russian state-run Tass news agency, Russian Foreign Minister Sergei Lavrov said Ukraine must meet Moscow’s demands or else the matter will be decided by Russian forces.

“Our proposals for the demilitarization and denazification of the territories controlled by the regime, the elimination of threats to Russia’s security emanating from there, including our new lands, are well known to the enemy,” Lavrov reportedly said late Monday.

“The point is simple: fulfill them for your own good. Otherwise, the issue will be decided by the Russian army,” Lavrov added.

He also accused the West and Ukraine of having a “strategic goal” with that being “to defeat Russia on the battlefield as a mechanism for significantly weakening or even destroying our country.”

Family of 8 killed in robbery in Luhansk region

A family of eight was killed in a robbery in the Russian-occupied village of Makiyivka in the eastern Luhansk region of Ukraine, Ukrainian and Russian media reported.

Cash, mobile phones and a car were taken in the attack. Four children were among those killed, according to reports.

Russia’s state news agency TASS said that three suspects have been arrested. Ukrainian media claims that the suspects are member of the Wagner mercenary group. 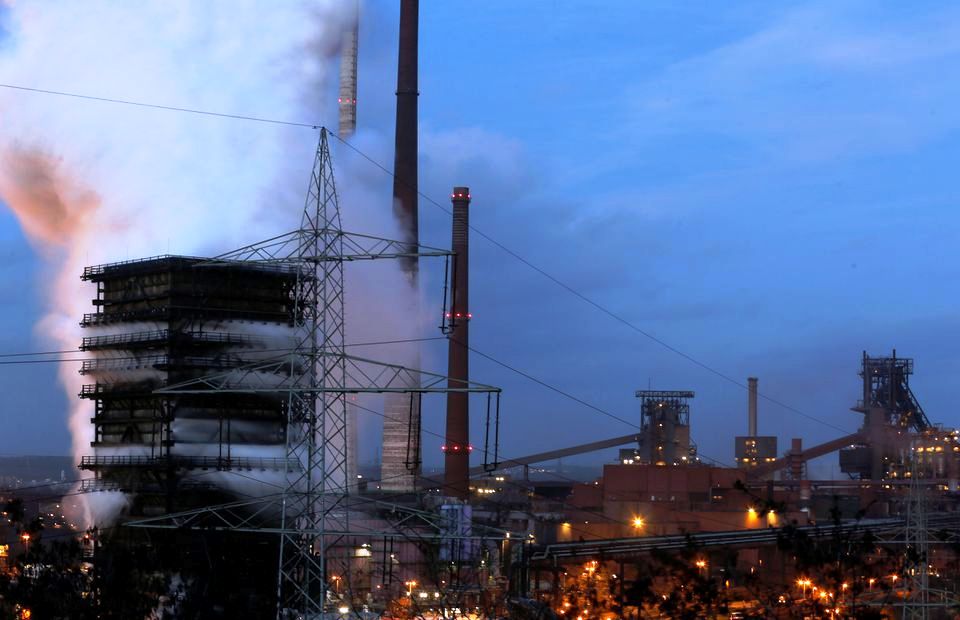 Share
Facebook
Twitter
Pinterest
WhatsApp
Previous article2 Foot Long “Clot” Pulled From a Living Person is the New Normal if You are Vaccinated
Next articleWill these 12 Top Scientists From the CETF SAB Do the Right Thing? I Seriously Doubt It