Thousands of troops from 14 nations, including the US, Sweden, Finland and Ukraine, are taking part in huge exercises in Estonia.

Large-scale NATO military drills started in Estonia on Monday. The exercise dubbed ‘Hedgehog 2022’ is one of the largest in the Baltic nation’s history, according to the military bloc. The drills will involve some 15,000 troops from 14 nations, including both military bloc members and their partners.

Soldiers from Finland, Sweden, Georgia and Ukraine are among those that will take part in the exercise, Finnish public broadcaster Yle reported. The drills will include all branches of the armed forces and will involve air, sea and land exercises, as well as cyber warfare training, according to the broadcaster.

According to a NATO statement, the drills will also see the US Navy Wasp-class landing ship ‘Kearsarge’ take part in the exercises. Both the military bloc and Estonian Defense Forces deputy commander, Major General Veiko-Vello Palm, have denied that the drills just over 60km from the Russian border have anything to do with Moscow’s ongoing military action in Ukraine.

The drills started just a day after Finland and Sweden officially announced their plans to join NATO, and were planned long before the conflict in Ukraine broke out, Western officials have said.

The exercises in Estonia are, however, just one part of NATO’s large-scale military activities near the Russian border. Another Baltic state, Lithuania, is hosting the ‘Iron Wolf’ exercise, which involves 3,000 NATO troops and 1,000 pieces of military equipment, including Germany’s Leopard 2 tanks.

Two of NATO’s biggest exercises – ‘Defender Europe’ and ‘Swift Response’ – are taking place in Poland and eight other countries, involving 18,000 troops from 20 nations, according to NATO’s statement on Friday.

“Exercises like these show that NATO stands strong and ready to protect our nations and defend against any threat,” the military bloc’s spokesperson, Oana Lungescu, said, adding that the drills “help to remove any room for miscalculation or misunderstanding about our resolve to protect and defend every inch of allied territory.”

The NATO Response Force is currently taking part in the 7,500-strong ‘Wettiner Heide’ drills in Germany. The Mediterranean Sea is about to witness ‘Neptune series’ naval drills involving the USS ‘Harry S. Truman’ carrier strike group that will be placed under NATO command. This will only be the second time since the end of the Cold War that a US carrier group has been transferred under the military bloc’s command, NATO has said.

In June, the Baltic States and Poland will host what NATO describes as “Europe’s largest integrated air and missile defense exercise,” which would involve 23 nations.

In late April, Finland hosted NATO naval drills. Now, it is also hosting a joint land exercise, in which troops from the US, the UK, Estonia and Latvia are participating.

The massive military wargames are taking place amid heightened tensions between Russia, NATO and some of the military bloc’s partners. Finland, which shares a long border with Russia, and Sweden decided to reconsider their long-standing policy of non-alignment following a major change in public opinion after the launch of Russia’s attack on Ukraine.

The development sparked a wave of criticism from Moscow, which warned that it would have to respond if Finland and Sweden join NATO. Moscow also maintains that it considers NATO’s expansion as a direct threat to its own security. 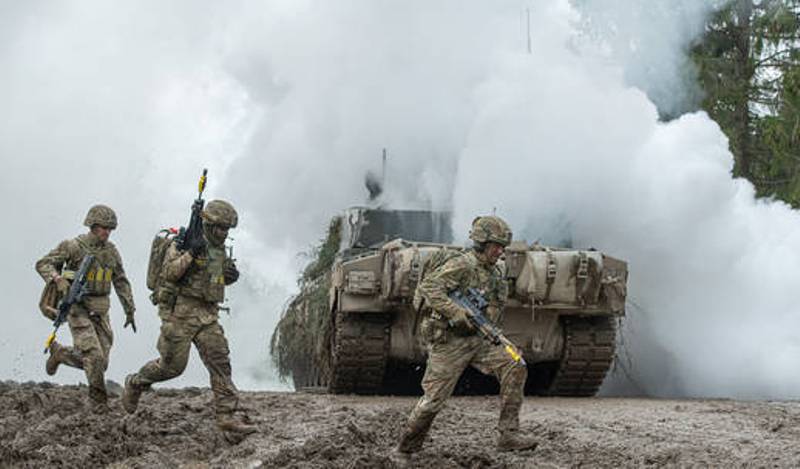