“I am not anymore a candidate of one camp,” the re-elected French president claimed as protesters take to the streets in Paris.

French President Emmanuel Macron, in his first speech since being re-elected on Sunday, pledged to become a leader for all people and to “effectively address” the “rage and discord” of Marine Le Pen’s electorate.

With 90% of votes counted, Macron garnered at least 56% of the vote while right-wing National Rally’s Le Pen received at least 43%. The final results are expected to be announced on Monday.

In a victory speech, which he delivered from the Mars Field in central Paris with the Eiffel tower in the background, Macron said that he is “not anymore a candidate of one camp.”

“Rage and discord must also be addressed, this will be my responsibility,” Macron said, admitting that some people voted for him only not to allow a political tilt to the right.

“I am thinking of those who abstained – we need to respond to this,” the re-elected leader added.

In his relatively short, but emotional, speech Macron promised to “make France a great green country,” to work on strengthening the EU, to fight for gender equality and against social injustice, to support the economy, and to encourage investments and creativity.

“We have so much to do. The war in Ukraine is there to remind us that we are going through tragic times where France must show the clarity of its voice and build its strength in all areas, and we will do so,” he said.

Meanwhile the “discord” Macron was talking about was not long in coming. Shortly before the president’s speech, police used tear gas to disperse a crowd of young men apparently protesting against his victory in the central Paris neighborhood of Chatelet. Videos of the clashes can be seen on social media.

There have also been reports of protests in other French cities.

Marine Le Pen, however, was clearly pleased with her election results, which can be seen as a significant improvement over 2017, when she got just under 34% in the second round of the election.

She called her achievement a “shining victory in itself” and said that she had “no resentment or bitterness” as “a great wind of freedom could have risen over the country.” 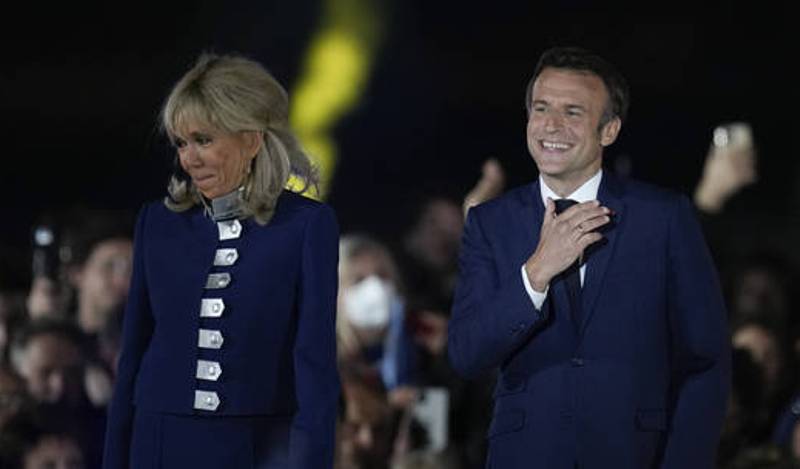