Labor opposition leader Chris Minns on Friday said he had dismissed Mihailuk from his cabinet, accusing her of making “political attacks by parliamentary privilege.”

Obeid was charged with the offence of misconduct in public office following an investigation by the Independent Commission Against Corruption (ICAC). In 2021, he was found guilty of conspiring to grant a mining exploration licence in 2009, helping his family make $30 million from the deal.

Mihailuk alleged that Obeid went to Asfour’s wedding and adorned him with a “generous gift” while remaining committed to making sure he held the mayoral position during a period of major redevelopment.

“I raise my legitimate and longstanding concerns regarding Asfour’s character and his unprincipled actions in furthering the interests of developers and identities, in particular Eddie Obeid,” she told the NSW Parliament.

“Candidacy for such a privileged position, you would expect, warrants comprehensive scrutiny, particularly because Labor’s recent ICAC woes, and well-documented ICAC findings against former ministers, which marred the last NSW Labor government.”

Asfour is set to be endorsed by Labor’s state conference in October to contest the state election in March 2023.

Calls for Mihailuk to Back Claims With Evidence

Asfour has denied the accusations calling them “outrageous and unsubstantiated.”

“She has used parliamentary privilege to launch a cowardly attack on me and my family and I call on her to produce evidence of any wrongdoing to the relevant bodies,” he said.

Labor leader Minns said he told Mihailuk her position in the shadow cabinet was no longer viable after giving her 24 hours to back up her accusations.

“Obviously there’s a need for discipline in the shadow cabinet,” he told Sydney’s 2GB radio on Tuesday.

“There are correct ways of presenting information about potential or alleged illegal conduct and using parliamentary privilege at 11.30 at night in the NSW Parliament is not one of them.”

But Premier Perrottet criticised Labor’s decision to strip Mihailuk’s of her position.

“This is exactly the type of behaviour that allowed [former MP] Eddie Obeid to flourish,” he told the Australian Broadcasting Corporation on Friday.

“Silencing strong women who are standing up and speaking out in relation to alleged corruption in the NSW Labor Party should not be tolerated.” 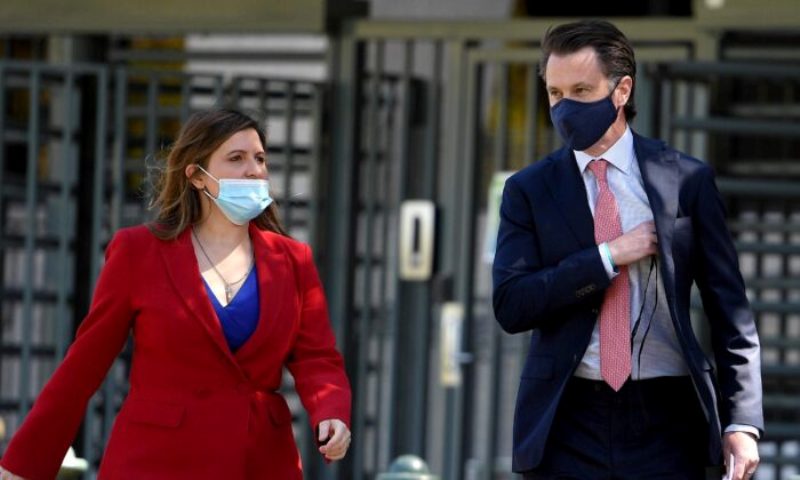