Moscow says its decision to require payment in rubles for natural gas stems from ‘unprecedented hostile steps’ taken by the EU.

Russia has denied using natural gas exports as a tool to “blackmail” Europe, a claim voiced by the European Commission President, Ursula von der Leyen. Speaking to reporters on Wednesday, Kremlin spokesman Dmitry Peskov said the switch to gas trade in rubles stems from the EU’s own actions.

Last month, President Vladimir Putin announced that so-called “unfriendly countries” would have to pay for energy in Russia’s own currency.

“This is not blackmail. Russia has been and remains a reliable supplier, committed to its obligations. The conditions that were outlined in the presidential decree, the need for them was caused by unprecedented hostile steps against us,” Peskov stated, adding that the decision was communicated to natural gas buyers long before it took effect.

We’ve been robbed of a significant amount of our reserves. And this required a transition to a new system.

Earlier on Wednesday von der Leyen accused Moscow of using natural gas trade as a “blackmail” tool following Gazprom’s decision to halt exports to Poland and Bulgaria. The EU Commission president described the move as “unjustified and unacceptable,” adding that it highlighted the “unreliability of Russia as a gas supplier.”

“The announcement by Gazprom that it is unilaterally stopping delivery of gas to customers in Europe is yet another attempt by Russia to use gas as an instrument of blackmail,” she stated.

The decision to bring gas exports to Bulgaria and Poland to a complete halt was announced by Gazprom on Wednesday morning, with the energy giant citing the two countries’ failure to pay in rubles for the fuel delivered in April.

The supply of gas will resume only when the two nations comply with Russia’s new payment scheme, the company said, warning Sofia and Warsaw against trying to syphon off transit gas intended for other countries.

More states may be cut off from supplies should they fail to switch to the ruble payment scheme, Peskov warned. To avoid this, they need to open accounts at Moscow’s Gazprombank and make payments in euros or dollars that would then be converted into rubles.

“There are no additional difficulties for buyers here. It is a sacrifice of the national economy for the sake of false prejudices, the desire to punish our country to the detriment of their own citizens,” he said, adding that Russia has already calculated the risks the ongoing standoff might bring to it own bottom line and taken precautionary steps.

The ruble payment scheme was announced by Russian President Vladimir Putin in late March. The measure applies to countries that have imposed sanctions on Russia but continue to import its gas.

Since then, several importers have signaled their readiness to accept the Moscow-proposed scheme. On Monday Uniper, Germany’s largest buyer of Russian gas, said it would be possible to pay for future supplies in the Russian national currency without breaching Western sanctions. 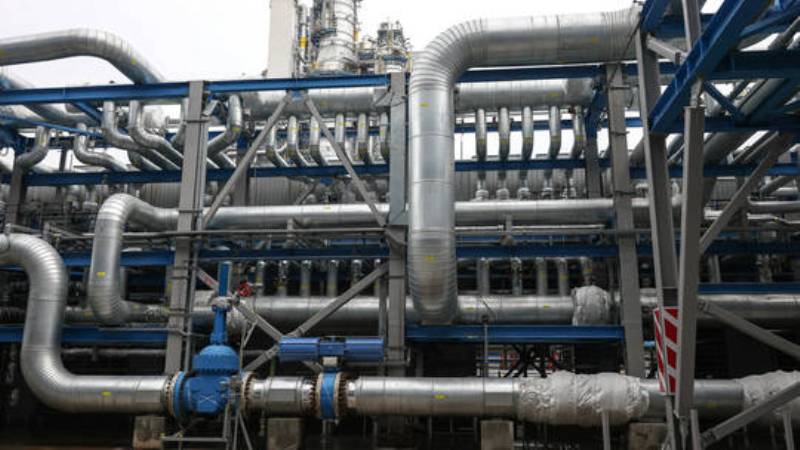