By Caitlin Cassidy and Cait Kelly

Residents in flood-ravaged areas of New South Wales excluded from the Morrison government’s additional support package are dismayed to have been ignored when in desperate need of help.

The northern rivers local government areas of Richmond Valley, Lismore and Clarence Valley were offered extra rounds of disaster payments on Wednesday due to “catastrophic” flooding.

But nearby shires including Ballina, Byron and Tweed – which had also been declared disaster zones after major flooding – were ineligible for the two extra $1,000 payments for affected adults.

The prime minister, Scott Morrison, who was visiting flooded Lismore on Wednesday, said the National Recovery and Resilience Agency (NRRA) and Emergency Management Australia had assessed the “highest impacted areas” in need of additional support.

“We’ll work closely with the NSW and Queensland governments to deliver further funding,” Morrison said. “The commonwealth disaster payments are not intended to solve every single economic need that people have.”

The NRRA would “undertake an assessment of possible additional LGAs that also meet the catastrophic impact assessment”, the Morrison government said.

The Murwillumbah district chamber of commerce president, Rebecca Whan, said the federal government response to the floods that hit the Tweed had been “appalling” and she was “shocked” no additional funding had been offered.

“I know so many people who’ve lost their business, their home and their car,” Whan said. “They’re still reeling, half the people are still in shock trying to process the enormity of this. It’s like a war zone.”

Whan described the joint state and commonwealth response as a “big monster with no heads”.

“The disorganisation and lack of communication and coordination is beyond belief let alone the financial side of things,” she said.

“It’s causing a lot of emotional stress … people are homeless. Right now, people need cash in their pocket, they’ve literally got nothing.

“It’s a morale boost more than anything. They had the 2017 record breaking flood, the drought, bushfires, the pandemic, border closures, now this. They don’t have anything left.”

The additional weekly disaster recovery payments will be automatically paid for individuals in the “catastrophe zones” that have already received initial funding. They will be made from 15 and 22 March.

The federal MP for Richmond, Justine Elliot, said it was “disgusting” and “astounding” the prime minister had excluded three nearby shires still reeling after devastating floods.

Her electorate covers Tweed and Richmond in the north and Byron and parts of Ballina in the south.

The electorate of Page covers the rest of Ballina, Lismore and the Richmond Valley, and has been held by Nationals MP Kevin Hogan since 2013.

Elliot said “thousands” of people in her electorate lacked access to a home, food or money.

“It’s really insulting we don’t get that [extra money], we definitely need … much more than what they’ve put forward, it is really dire and it’s been a complete failure of the state and federal government.

“We have people here with nowhere to live. It’s quite frankly disgusting.”

Elliot said the floods had destroyed homes and businesses from Tweed heads down to Ballina, yet some of her constituents still hadn’t received the initial disaster payment.

“I’ve had a lot of people that have had difficulties if they don’t have identification, which is just crazy,” she said. “The government is making it so hard. Our most urgent need is housing, food and money. A lot of people have been very distressed.”

The deputy prime minister, Barnaby Joyce, told ABC’s 7.30 program on Wednesday evening he didn’t think “for one second” payments were being withheld from certain electorates because of the way they voted.

“Obviously Lismore, from media reports alone, has been an epicentre, not just for the area, but for the nation,” Joyce said.

The Byron shire council mayor, Michael Lyon, said he hadn’t seen the details of the funding, but the shire was facing “major infrastructure issues” that would cost upwards of $100m to repair.

“Many of our community have lost everything,” he said. “The initial package isn’t enough so I’m surprised we aren’t included in this.”

The Tweed council mayor, Chris Cherry, said leaving out Tweed and neighbouring Byron and Ballina from additional support could only be “an honest mistake”.

“We look forward to the prime minister visiting our affected communities as soon as he can to see the sheer devastation of our shire for himself,” Cherry said.

“We may not have received the national coverage other regions have, but many thousands of homes were inundated and we have lost two community members in the disaster.

“The damage to our roads and infrastructure is catastrophic and will take years to recover with an excessive damage bill.”

Locals took to social media to express their outrage at missing out despite losing their homes and livelihoods.

“There are still so many waiting for the original payment to be processed, so far it’s a lot of empty promises,” one person wrote on Facebook. “Absolutely a kick in the guts for these people who have lost everything,” another said.

On Wednesday Morrison declared a national emergency covering the severe weather and flooding across New South Wales and Queensland.

The power to make the declaration was introduced after the Black Summer bushfires to minimise bureaucracy when recovering from an extreme event.

The federal government has paid out $385.2m in disaster payments to 330,900 people in NSW and Queensland during the current floods crisis.

One Lismore resident who talked with the prime minister when he visited the flood-stricken area said people had been too harsh regarding the government response.

Morrison, the NSW premier, Dominic Perrottet, Senator Bridget McKenzie and local member Kevin Hogan visited Paul Weir and his family who lost about 150 cows in the floods. Reporters were not invited.

Other locals were angry they didn’t get to see the PM but Weir said many were “unjustifiable critics”.

“I don’t want to go against my community but realistically it was beyond any other flood we had in history. There’s nothing we could have done or could have prepared, realistically, for what’s happened,” he said.

Some in the community have questioned why it took nine days for Morrison to declare the situation a national emergency. Many had to be rescued by local volunteers.

But Weir said his meeting with Morrison “was actually really good”.

“The first thing he asked was how I was going as a person, at times like this it is tough,” Weir said.

“There was no media, just a private meeting with them and my immediate family. We could have a good discussion to put our views to them and say what happened to us and what we can see in our community.

“I certainly did feel heard. I really did appreciate them taking their time out of their busy schedule with myself and my family.” 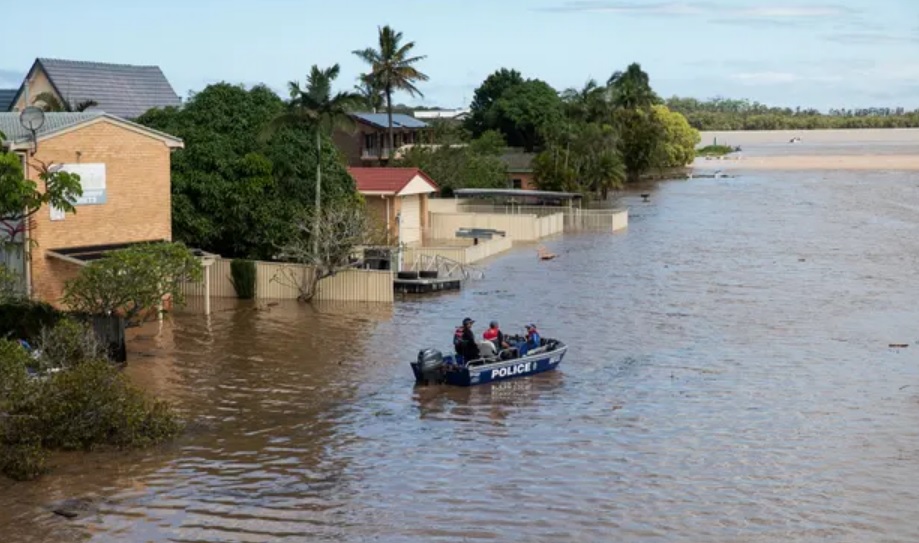 Share
Facebook
Twitter
Pinterest
WhatsApp
Previous articleExperts Tell RT How Russian Offensive in Ukraine Will End
Next articleOriginally Posted on June 18th, 2010, the Article “Biolab Opens in Ukraine” Details How Obama, While Serving as an Illinois Senator, Helped Negotiate a Deal To Build a Level-3 Bio-Safety Lab in the Ukrainian City of Odessa