A kilometre under the ground in Stawell, in the Northern Grampians in Victoria, a team of Aussie scientists have put the final touches on an underground lab that will help us understand the nature of our universe.

Stage 1 of the Stawell Underground Physics Laboratory was officially opened today. It will be home of multi-disciplinary scientists from five research partners who help us understand dark matter.

In the ultra-low radiation deep underground environment, scientists will use the state-of-the-art SABRE Dark Matter Detector to ‘see’ dark matter, and answer some of the biggest questions in physics.

Dark matter is theorised to be an invisible and unknown substance that makes up about 85 per cent of the mass of the universe.

Amongst many puzzles, humankind’s first detection of dark matter would confirm the theory that it was dark matter particles that provided the gravitational seeds for the formation of galaxies.

The challenge is that while its effects have been observed, dark matter has remained undetected, meaning much about its nature is unknown. That’s where the Aussie team of scientists and the new lab come in.

Delivery of the underground laboratory has involved partners from the Universities of Melbourne, Adelaide and Swinburne, ANU, ANSTO and Stawell Gold Mines.

The lab, located in a disused gold mine, includes a research hall that is 33 metres long, 10 metres wide and 12.3 metres high. Around 4,700 cubic metres of rock was excavated in its construction.

The Federal and Victorian Governments contributed $5 million each to the project.

The dark matter research will be coordinated by the Centre of Excellence for Dark Matter Particle Physics, headquartered at the University of Melbourne, which was established with a $35 million grant from the Australian Research Council.

Professor Elisabetta Barberio is the head of the Head Centre of Excellence. “We know there is much more matter in the universe than we can see,” Professor Barberio said.
“With the Stawell Underground Physics Laboratory, we have the tools and location to detect this dark matter. Proving the existence of dark matter will help us understand its nature and forever change how we see the universe.”

Professor James McCluskey, Deputy Vice Chancellor (Research) at the University of Melbourne, said universities are places of deep discovery supported by global partnerships in advancing the frontiers of knowledge.

“Research which is needed to address the great unanswered questions – such as ‘what is dark matter?’ – is nearly always done in collaboration.

“Working with our partners and sharing our collective knowledge and expertise, the Stawell Underground Physics Laboratory will facilitate experiments which are critical in the global search for dark matter.’’

ANSTO’s Senior Advisor, Synchrotron Science, were amongst the delegation at the official opening of the lab today.

“The ultra-sensitive precision detectors that are being used to search for particles of dark matter require very low levels of background radiation, which is where ANSTO assisted,” Dr Richard Garrett said.

“We contributed to the design of the laboratory, and to the specifications and selection of materials used in its construction to ensure minimal background radiation and maximum research accuracy.

“For too long, our understanding of dark matter has been in the dark. Our elimination of background radiation will give the chief investigators confidence that any particles they detect are not something else.”

In addition to understanding dark matter, ANSTO researchers will use the lab for very sensitive measurements of environmental samples, and to investigate development of biological systems like cell cultures, in the absence of background radiation.

The detector consists of approximately 100 tons of steel and polyethylene shielding, surrounding a 2.6m by 3.1m vessel made from radioactive-free pure steel containing the liquid scintillator.

Immersed in the 12 tonnes of liquid scintillator are the ultra-pure sodium iodide detector crystals which are instrumented to observe dark matter interactions.

Photomultiplier tubes (PMTs), light detectors capable of observing single photons, are independently coupled to both the sodium iodide crystals and the liquid scintillator, in order to sense the light emitted when different types of radiation interact with these detector elements.

Since dark matter interacts so rarely with normal matter, any events where both the liquid scintillator and sodium iodide simultaneously observe radiation can be rejected, as this will not be a real dark matter event.

The scintillation liquid provides an ‘active veto’ to eliminate background radiation, which will reduce the background count rate significantly over SABRE’s predecessor, the DAMA/LIBRA lab in Italy.

To potentially detect dark matter particles, the detector must be protected from all other sources of radiation, as far as possible.

In the underground lab, the SABRE detector has three layers of protection:

· An underground location situated over 1km underground in the Stawell Gold Mine, where almost all cosmic ray radiation will be eliminated
· The detector itself will be heavily shielded by around 100 tonnes of steel and polymer shielding
· The liquid scintillator “veto” system to detect and eliminate false signals

The scintillator is based on an organic solvent, Linear Alkyl Benzene (LAB), mixed with fluorescent chemicals.

The ultra-pure LAB has been specially manufactured by the supplier to the JUNO neutrino experiment through a collaboration with the Institute of High Energy Physics in Beijing. 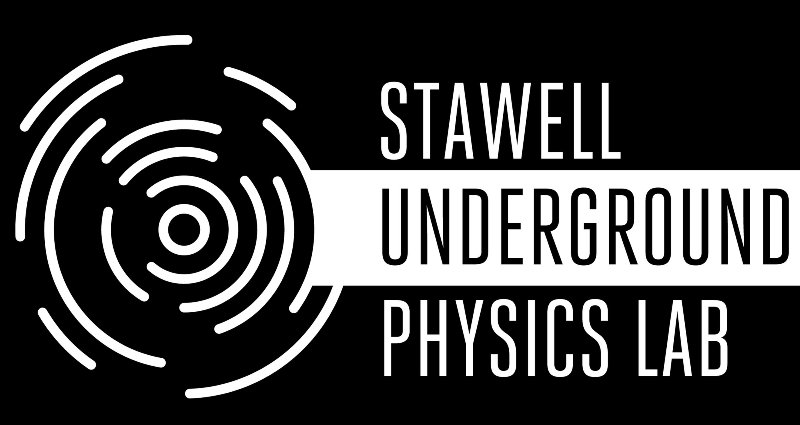