Dmitry Trenin: This Russia-China Founded Bloc Represents Half the World’s Population and Will Help Forge the New World Order

Dmitry Trenin: This Russia-China Founded Bloc Represents Half the World’s Population and Will Help Forge the New World Order

Dmitry Trenin is a Research Professor at the Higher School of Economics and a Lead Research Fellow at the Institute of World Economy and International Relations. He is also a member of the Russian International Affairs Council.

Over 20 years after it began as an attempt at cooperation between five-Russian led post-Soviet states and an emerging China, the Shanghai Cooperation Organization (SCO) has become a major global institution, representing close to half of the world’s population.

From September 15-16, Samarkand, one of the ancient centers of human civilization, will host the annual summit of the group. The Uzbek presidency’s priorities include strengthening the SCO’s capabilities in assuring regional security and stability; promoting friendship and good-neighborliness; raising its global profile; countering threats in the information and ideological spheres; expanding parliamentary links; energizing economic interaction; enhancing connectivity; intensifying cultural and humanitarian contacts; and raising the general effectiveness of the collective and its mechanisms.

All of this looks impressive, but quite anodyne, and the documents to be formally approved at the summit do not promise any major sensations – beyond the long-expected admission of Iran as the SCO’s ninth member state.

Yet the environment in which the Samarkand summit will be held differs greatly even from last year’s gathering in Dushanbe. Russia’s military operation in Ukraine has led to a proxy war between Moscow and Washington. Meanwhile, Sino-US relations, already confrontational, have become palpably strained over the recent visit to Taiwan by US House of Representatives Speaker Nancy Pelosi.

NATO’s new strategic concept adopted last June in Madrid describes Russia as the most significant and direct threat, and China – for the first time – as a challenge to Western interests, security and values. As a result, the international community has moved visibly closer to a Cold War-style division between two camps in an intensifying rivalry over the world order.

That said, the SCO is unlikely to become the non-West’s version of NATO. While the US-led bloc is now more united than ever in its effort to preserve the order built and developed in the heyday of its global dominance, non-Western nations do not display anything similar to that sort of unity, hierarchy, and internal discipline. Russia and China, although they both reject US global hegemony, pursue very different grand strategies and – despite their public declarations of a cooperation that “knows no limits,” and a partnership that is “more than an alliance” – are careful not to damage their other important connections – e.g., China’s with the US and EU; and Russia’s with India – as they cooperate with each other. Moreover, China and India, not to mention the latter and Pakistan, while all members of the SCO, view each other as major security threats.

Despite such diversity and complexity, however, the SCO, at the start of its third decade, is not only still in business, but is steadily getting more active and becoming more attractive to others. In 2001, it started at six; after 2017, the membership expanded to eight, with another 20 countries or so listed as observers, dialogue partners, or in the process of joining. Iran’s accession this year is spurring the interest of Turkey and a number of Arab countries, notably the United Arab Emirates, Saudi Arabia, Egypt, and Qatar. The SCO community could potentially include much of the Eurasian continent between Belarus and Cambodia. Such enlargement carries obvious risks in terms of even wider diversity of interest, conflict, and frictions between the countries that aspire to join. Yet, the example of China and Russia; India and Pakistan finding the SCO useful to their interests is a convincing argument for accession.

In fact, the SCO’s lack of a single leader; its consensus-based decision-making procedures; its emphasis on national sovereignty and non-interference is a welcome contrast to the US-dominated NATO or like-minded groups such as the G7. Being in the SCO does not mean following Beijing’s or Moscow’s guidance. So far, so good. Yet, to flip the coin, what can the SCO actually give its members, observers, and partners? The general answer is: security in their mutual relations and stability across the continent. The organization, after all, originated from talks on border and military security issues between China on the one hand, and Russia and the Central Asian states on the other. Membership itself does not guarantee that there will be no conflicts, but it provides for means to prevent or manage them. Thus, it provides a unique platform for regular high-level and top-level contacts between Delhi and Beijing. Anti-terrorist cooperation – for all the differences in defining ‘terrorism’ – is another obvious bonus. After last year’s US withdrawal from Afghanistan, SCO member states have stepped up their efforts to bolster stability in the region.

Economic development has long featured as one of the key areas of SCO cooperation. China’s Belt and Road Initiative has been followed by the North-South corridor linking Russia, Iran, the Arab countries, and India. Peace in the South Caucasus could be cemented by restoring connectivity within the region and its links to the north and the south. The unraveling of ‘Chimerica’ and the EU-Russia decoupling in the wake of the Ukraine war signal the replacement of globalization with regionalization. Asian and Eurasian countries which for the past couple of centuries were much more closely involved with distant Western powers than with their own neighbors are now focusing on opportunities in their dynamic neighborhood. Western economic sanctions imposed on Russia are also opening doors much wider to Asian and Middle Eastern investment in Russia and trade with it.

A new impetus for Eurasian interaction has been created in the post-Ukraine environment by the seizure by the West of half of Russia’s currency reserves. The central issue that has entered a number of countries’ strategic calculus is the reliability of the US dollar-based global financial system. Increasingly, national currencies of the SCO member states and observers, such as the Chinese yuan, the Indian rupee, the Turkish lira, the Iranian riel, as well as the Russian ruble are being used in trade between these countries. In parallel, national payment systems of these and other countries are becoming connected, allowing them to conduct transactions directly, rather than via Washington or its allies. At this point, the mechanisms are still cumbersome, but therein lies the beginning of a new international financial system which is free from diktat by a hegemonic outside power. The sanctions imposed on Iran, and now on Russia, could in the future be slapped on other nations that find themselves in conflict with the US.

The international system as it emerged from the end of the Cold War is going through a deep crisis which will take a long time to resolve. The present system is founded on organizations either rooted in or inspired by the Cold War – like NATO or AUKUS, or heavily dominated by Western powers, like the international financial institutions, the OSCE, and the UN system as a whole. It is doubtful that the prime beneficiaries of the existing situation will do more than budge a little to make room for emerging players; they will certainly do their best to retain control over the system that they have devised and operated. While the future of the world order is being decided in the ongoing major power competition, a practical way of altering the situation to better serve the interests of the growing number of autonomous players is through developing organizations such as the SCO – independent, non-hegemonic, and inclusive. Potentially, the SCO could become a model for the 21st century order in the world’s most important regional space. 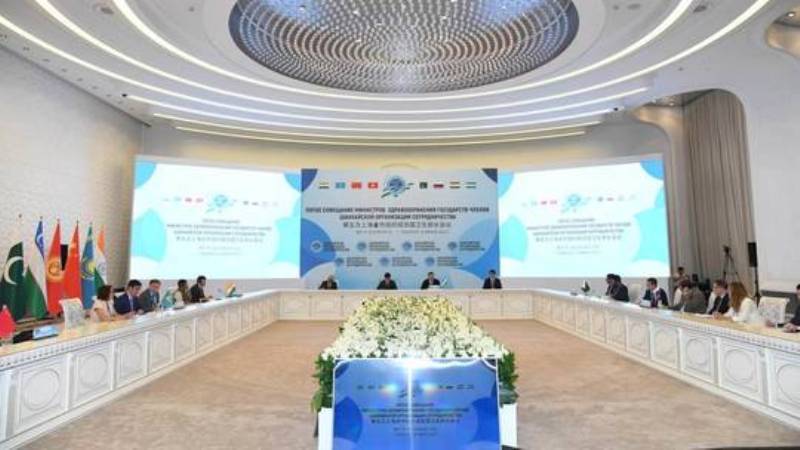