Banks Get Free Interest on $188 Billion Thanks to Taxpayers – Senate Estimates 10.11.22

Banks Get Free Interest on $188 Billion Thanks to Taxpayers – Senate Estimates 10.11.22

During the pandemic, the RBA decided it was a good idea to lend $188 billion dollars to the banks at an interest rate of around 0.10%.
The term of the loan extends to 2024.

While many of you lost your jobs, incurred an injury, had to close your business, or got locked down etc, the banks were being lavished with free money.

They are currently lending this money at between 3 and 5 percent, skimming approximately $8 billion a year out of taxpayer pockets.

This just goes to show how our bureaucrats like the RBA are serving the elites while enslaving the battlers. 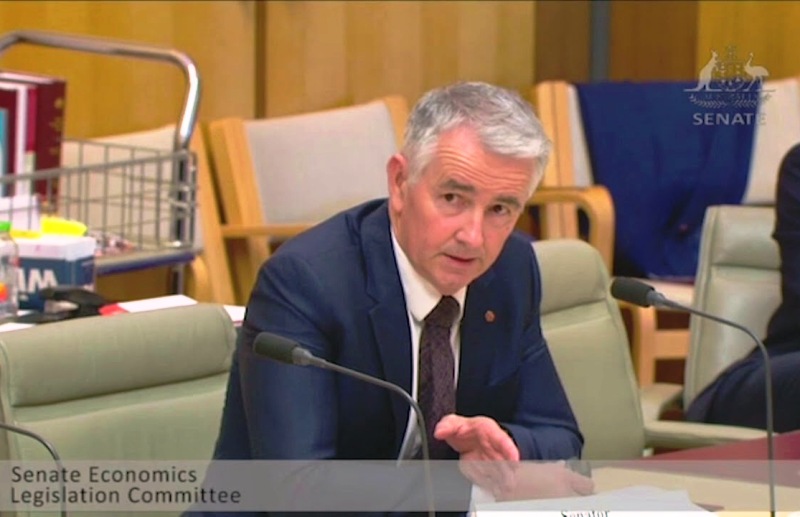 Nin Maca
Banks get free interest while taxpayers gets high interest rates whenever borrowing money … Thank you Senator Rennick for standing up for Australians.

Brendan
I love that all these senate hearing videos are available for the public to watch. I wish this was done more.

Leon Diako
Thank you Senator for continuing to expose our corrupt politicians and their collaboration with large corporations.

Brody James
Mate your worth your weight in gold so grateful to have honest people with integrity standing up for Australians against the corruption and disgraceful behaviour of these people who do not have our best interests or our countries at heart.

Wyatt Family
Thank you Senator Rennick for exposing enlightening facts that are NOT usually DISCLOSED about the advantageous “arrangements” that profitt major banks, at the expense of average hardworking Australians, as bureaucrats seem to have a very comfortable attitude to inflicting costs on the taxpayers to the advantage of major companies with just shrug of the shoulders. It appears that the term “PUBLIC SERVANT” is just a joke to many as any “servant” that cost his employer large amount of funds would be summarily dismissed.

Mark Tucker
Seeing the taxpayer pays the interest bill to the RBA, yes it should be paid back…yes it is criminal! I am so glad to hear someone actually doing their job on behalf of our Estates!
Probably sending it to Ukraine where it is washed, dried, and sent back to political parties in the form of donations.

Rawiri
Honestly…the taxes and bills we pay in this country….disgusting.

Lea B
Love your work! Imagine the world we would live in if all the people who are supposed to represent us were hard working and genuine like you….sigh

Mr Potato Head
Words cannot express the sickening feeling if this indeed is true. It seems we are a nation that cares little for each other now, so it seems. Australia can be a wonderful place, but it looks as if it’s heading in a dark direction.

michelle backhouse
That’s disgusting! Banksters! They give themselves $ and pay it back at a low interest. And all the while we get interest rates hiked over and over.

Jimmy Cook
This has been the biggest Swindle of the general Australian public in the history of Australian federation. And no one has gone to jail yet. When will all these traitors be held to account.

the centrist
Thank you so very very much for your hard work. Your fighting an uphill battle against a culture of corruption n backdoor dealings cron your fellow representatives of the people thank you for actually doing your job as hard as it may be in this climate of pure unbridled self interest and corruption. Keep up the great work.