Australian Traveller Strip-Searched, Held in US Prison and Deported Over Little-Known Entry Requirement

Australian Traveller Strip-Searched, Held in US Prison and Deported Over Little-Known Entry Requirement

Jack Dunn was detained for 30 hours with no access to phone or family because onward flight from US went to neighbouring country.

An Australian traveller was denied entry to the US, cavity searched, sent to prison alongside criminals and subsequently deported 30 hours after arriving, due to a little-known entry requirement for the US.

The Victorian student Jack Dunn applied for a visa waiver for his trip to the US in May and planned to travel on to Mexico. He had been warned about the need to prove his plan to exit the US, but was unaware of the rule that requires those entering on the waiver to have booked either a return flight or onward travel to a country that does not border the US.

After arriving in Honolulu Dunn was refused entry to the US and detained at a federal prison until he could be put on a return flight to Australia.

The Department of Foreign Affairs and Trade confirmed several Australians have been caught out by the rule and sent back at the border.

Dunn said he had since suffered panic attacks over his detention and called on Dfat to clearly advertise the entry rule on its Smartraveller website so others can avoid his experience.

US government websites explaining eligiblity for the visa waiver program, which Smartraveller advises Australians to consult, do not mention the specific entry rule that resulted in Dunn being deported.

Dunn, 23, had spent more than half a year saving for his trip, and by May had enough for a three- to four-month adventure. He planned to start in the US to see the NBA playoffs, then spend most of his trip backpacking across Mexico and South America.

At the beginning of May he quit his job as a youth worker and boarded a Jetstar flight to Honolulu.

After landing at 6am on 5 May, he was interrogated by a US Customs and Border Protection (CBP) officer, who refused him entry after determining that he had not booked onward travel beyond Mexico.

He was put in an interrogation room with no wifi. Because he did not have a local sim card, had no access to the internet.

At one point, Dunn claims, an airline worker offered him his phone to book a flight from Mexico to a third country.

Dunn tried booking a flight to Panama, but did not have enough money in his debit card account, and as his own phone was not connected to the internet, he could not transfer money from his savings account, which held several thousand dollars. He then tried to book a cheaper flight to Guatemala, but the CBP officer re-entered the room and ordered the airline worker to take the phone back, Dunn claimed.

In a transcript of the interrogation seen by the Guardian, the officer also questioned Dunn about his inability to book the onward flight out of Mexico, and whether he had enough money to support himself in the US.

He was ultimately denied entry to the US because he did not “possess a ticket, valid for at least one year to any foreign place/port other than a contiguous territory or adjacent island unless they permanently reside there”.

“You are inadmissible for admission into the United States … because of your inability to overcome the presumption of an intended immigrant. You have no ties or equities to your home country or sufficient funds to support yourself for your intended period of stay,” he was told at the end of the interrogation.

Dunn said about six hours after landing he was handcuffed and taken to the Federal Detention Center in Honolulu, where he was told to strip naked and was twice searched under his scrotum and anus for contraband before being admitted.

He had no access to his phone or contact with his parents in Australia, and claimed he was placed in a cell with another prisoner who had smeared blood and faeces on the wall. He was told to sleep on a concrete floor with a paper bag for a pillow.

“Once the police dropped me off, you’re in a prison, so the guards and inmates there have no idea what you’re there for, they just assume this kid has done something bad,” Dunn said. “They treat you like a criminal, they treat you like shit.”

Dunn spent about 30 hours in the detention centre, before being taken back to the airport and put on a flight to Sydney. Throughout the whole episode, Dunn’s parents were told by the CBP and Dfat officials that he was safe. His family has lodged a complaint with the CBP about his treatment and the behaviour of the individual officer.

Dunn has since attempted to go on a different holiday in Thailand, but he had several panic attacks while there and had to return home.

Dunn said it was clear Dfat should list the rule.

“Obviously it should be added to the Smartraveller website, because everyone goes there to check the rules. I don’t want anyone else going through what I went through, it’s just not right,” Dunn said.

When Guardian Australia asked Dfat if it was aware of the entry rule, a spokesman said it was “aware of a number of cases where an Australian citizen has been deported from the United States” but was unable to provide further detail.

“All of Dfat’s Smartraveller travel advisories, including for the United States of America, observe that: ‘Every country or territory decides who can enter or leave through its borders. For specific information about the evidence you’ll need to enter a foreign destination, including Covid-19 vaccinations and test, check with the nearest embassy, consulate or immigration department of the destination you’re entering’,” the spokesman said.

The entry requirement is not listed on the US embassy’s website, nor on multiple US government websites that it directs travellers to.

A CBP spokesman told Guardian Australia by email he could not discuss individual cases, but said the agency “regrets any inconvenience or unpleasantness a passenger may have experienced during his/her CBP processing”.

“Under the Visa Waiver Program (VWP), applicants must have a round-trip ticket that would transport the traveler out of the United States to any other foreign port or place as long as the trip does not terminate in contiguous territory or an adjacent island; except that the round-trip ticket may transport the traveler to contiguous territory or an adjacent island, if the traveler is a resident of the country of destination,” the spokesman said.

“In addition, applicants should be able to demonstrate access to sufficient funds to support themselves for the intended period of their stay and to proof [sic] sufficient ties or equities to the home country,” the spokesman said. 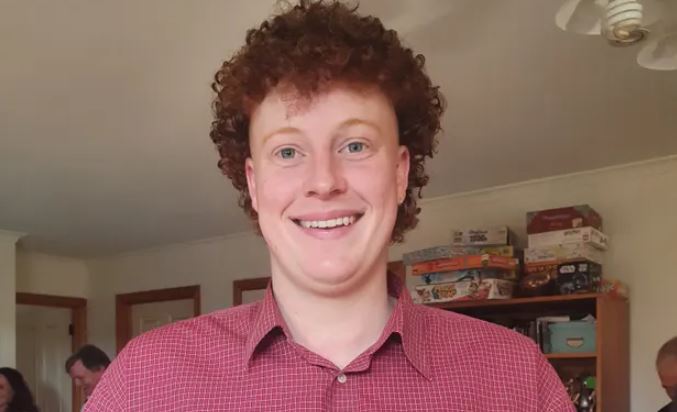 Share
Facebook
Twitter
Pinterest
WhatsApp
Previous article‘This Cannot Go On’: Ben Fordham Calls for End to Vaxxine Mandates
Next articleTruthGroup Set To Launch TruthMed, To Help Save Those Who Have Been Vaxxinated From the Deadly Side Effects Before It’s Too Late