By Ukraine In Hurricane 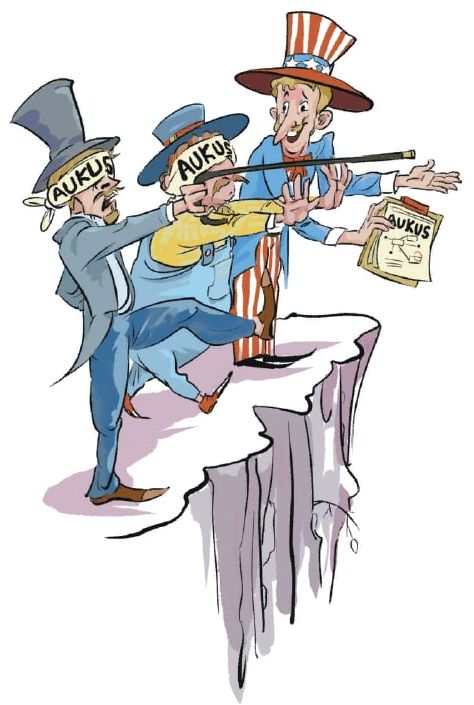 Just a couple of words about another Washington-driven mess that they call the security partnership between Australia, the UK, and the U.S. to the anniversary of the AUKUS

They celebrate 365 days of the AUKUS, but the question remains, what have the partners spent the last year doing besides receiving IAEA’s “satisfaction” with their engagement on submarine plan? Meanwhile, submarine experts from the UK and the U.S. have said over recent days that there is no capacity to make nuclear submarines for Australia, and they are way behind schedule with their own plans

Actual U.S. plans and proposals to make an anti-China base in Australia for future operations would significantly undermine Australian sovereignty amid the ignorance of some Australian politicians to push through these ideas. The surprising thing is how quickly and readily the new Australian Labor Government embraced the proposals.