Beijing says the US has presented the true face of its ‘freedom of speech and the press’ rhetoric.

China’s Ministry of Foreign Affairs has hit out against the order to extradite WikiLeaks’ founder Julian Assange to the US, issued by a UK court earlier this week, saying that it represents the “hypocritical” nature of the American government.

The Australian born journalist has been held in a British prison for over 36 months. Before that, he spent seven years holed up at the Ecuadorian embassy in London, under threat of arrest by the UK authorities.

“This is the true face of the US ‘freedom of speech and the press.’ The extradition of Assange to the US can lay bare the hypocritical nature of the US government better than the WikiLeaks revelations,” Chinese foreign ministry spokesperson Wang Wenbin claimed during a press conference on Thursday.

A magistrates court in London issued a formal order on Wednesday to extradite Assange to the US, where he will face up to 175 years in prison under the espionage charges brought against him for publishing a trove of classified State Department and Pentagon documents in 2010, which detailed alleged war crimes committed by US forces in Afghanistan and Iraq.

He has been accused of attempting to hack Pentagon computers and has been charged under the Espionage Act, which prohibits obtaining information related to national defense which can be used to undermine US interests or benefit foreign nations.

Assange’s legal team has argued that the UK court’s ruling was equivalent to issuing him a “death sentence” as the whistleblower’s defense has insisted that the US might subject him to solitary confinement and psychological torture. Meanwhile, Assange’s wife, Stella Moris, claims that her husband’s health has significantly deteriorated ever since he was placed in London’s maximum-security Belmarsh Prison three years ago, adding that he suffered a stroke in October 2021.

The prosecution of Assange has sparked fierce international criticism against the US and British governments by advocates of media freedom. His supporters see him as a prisoner of conscience who is being persecuted by Washington and London for his work, arguing that the case against him sets a chilling precedent which suggests that any journalist wishing to investigate misconduct by Western governments may have their lives completely ruined in retribution.

Assange has denied all accusations against him, while his defenders and supporters point out that neither he nor WikiLeaks were under US jurisdiction when documents were published. They insist Assange had engaged in journalism that is legal in the US, and that accusations of him conspiring to hack the Pentagon’s computer systems were based on discredited testimony of a convicted Icelandic criminal.

WikiLeaks’ official position on the charges is that they are politically motivated and “represent an unprecedented attack on press freedom and the public’s right to know – seeking to criminalize basic journalistic activity.” 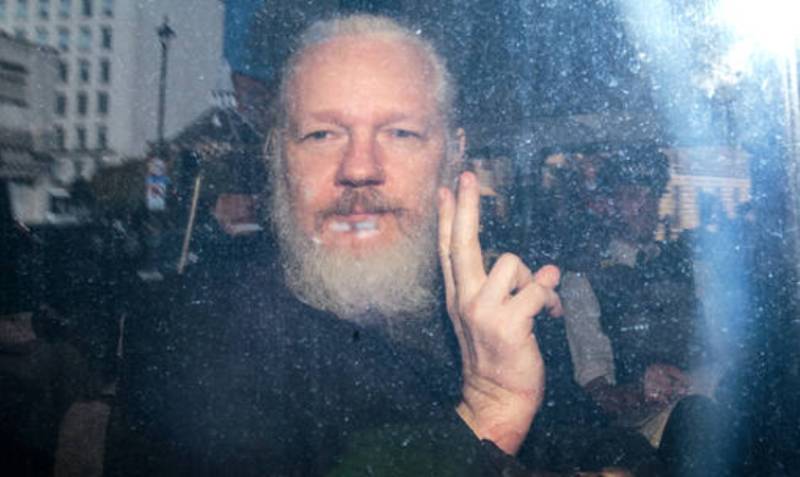