The online community says it cracked the iCloud password of the US president’s son.

Content purportedly pulled off Hunter Biden’s iPhone began appearing on the 4chan image board over the weekend. Denizens of the notorious online community claimed to have cracked the password the US president’s son used for his iCloud backup account. The authenticity of the salacious content has not yet been verified.

The first posts began to appear on Saturday evening. Soon thereafter, administrators on 4chan’s boards reportedly began to remove threads containing material from the alleged trove, including photos and videos.

In response, 4chan users created torrents of the data and have seeded them across the internet, according to Human Events editor Jack Posobiec, who was among the first to report on the existence of the leaks.

By Monday morning, critics of President Joe Biden had managed to get 4chan, Hunter Biden and the hashtag #BidenCrimeFamily trending on Twitter – with Democrats fighting back by claiming all the children of former President Donald Trump, except his youngest son Barron, were under federal investigation.

“Imagine the coverage if this was me?” tweeted Donald Trump Jr., sharing a video allegedly showing Hunter Biden talking about crack cocaine with a prostitute.

Though described by his father as “the smartest guy I know,” Hunter Biden has a troubled history of drug use. Just last week, British tabloid the Daily Mail published videos of Hunter drinking and smoking crack while in drug rehab.

The materials came from Biden’s phone backups that had been stored on a laptop abandoned at a Delaware computer repair shop in 2019. It was the New York Post that first reported on the notebook’s existence, dubbing it the “laptop from hell,” in October 2020, just weeks before the US presidential election.

The outlet was quickly locked out of Twitter and shadowbanned on Facebook, as Democrats insisted the laptop was fake and even “Russian disinformation.” Its contents have since been confirmed as authentic.

While much of the scandal around Hunter Biden involves sex and drugs, he has also been involved in numerous investment schemes, apparently trading on his family name and connections. In the most prominent case, Hunter sat on the board of the Ukrainian gas company Burisma while his father was in charge of the US policy on Kiev, between 2015 and 2019. This ended up figuring in the Democrats’ first push to impeach Trump in 2019.

Last week, it emerged that some 950,000 barrels of oil from the US Strategic Petroleum Reserve, released by the White House in an effort to lower prices at the pump for Americans, ended up in the hands of a Chinese company Hunter Biden had invested in. Bohai Harvest RST, a private equity firm he co-founded, reported having a $1.7 million stake in Sinopec, back in 2015. 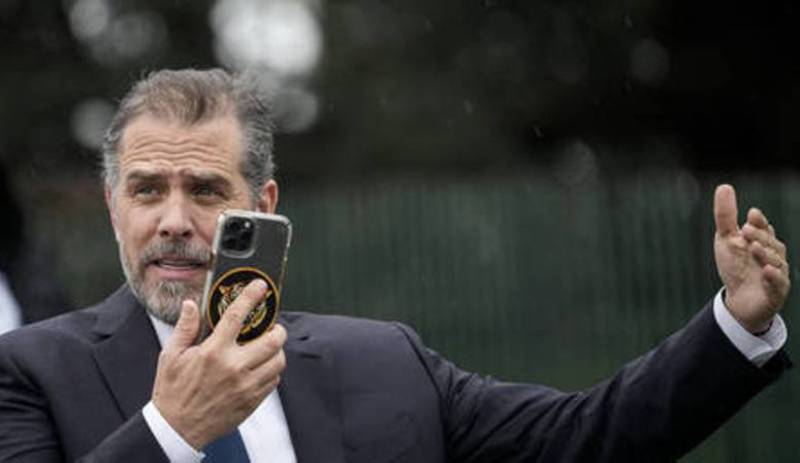 Share
Facebook
Twitter
Pinterest
WhatsApp
Previous articleThe Seeds of the Split: How the Russian-Speaking Donbass First Attempted to Win Independence from Ukraine in 2004
Next articleGet Whacked to Travel, They Said. It’s Safe and Effective, They Said. It’s Our Ticket to Freedom, They Said