Expansion is designed to grow vast fruit, nut and cotton crops, but environmentalists say it could be disastrous for the region on the WA border

“This is about free water,” says Kirsty Howey of the Northern Territory Environment Centre. “Free water for irrigators. And they’re going to get it.”

Water – how it is managed, who controls it and how much they get – is at the centre of a controversy over plans to massively expand agricultural production in the territory, and ultimately to link it to the huge Ord irrigation scheme across the border in Western Australia.

In February, the Northern Territory Land Corporation (NTLC) released 67,500 hectares of land as part of the Keep Plains Development, where the farming industry hopes to grow fruit, nuts and cotton on a vast scale, but environmentalists argue that the effects on the region’s rivers, combined with changing rainfall patterns due to climate change, could be disastrous.

The territory is home to large tracts of intact savannah ecosystem, free-flowing rivers and a rich biodiversity – but these systems have been much less intensively studied than other parts of Australia, and there are concerns that extracting large volumes of water may have unforeseen effects.

“Water isn’t endless,” Howey says. “With a climate-altered future we might see these perennial rivers cease to flow in the dry season.

“This is just going to open the floodgates – pardon the pun – for a whole other level of water extraction.”

The Keep River rises near Newry Station in the Northern Territory, just on the border with Western Australia, before beginning its 258km run to the Timor Sea.

Its catchment area spans 6,000 sq km, covering the traditional lands of the Gajerrong and Miriuwung people, home to several significant sacred sites. The estuary is in near-pristine condition and the remoteness of the nearby national park makes it a magnet for fishers, campers and those looking to disappear into nature.

The ‘thinnest of feasibility studies’ indicates the land is subject to extreme flooding and a heightened risk of salinity, Howey says.

The 653km Ord River across the border is the site of one of the largest – and most costly – infrastructure projects in Australian history, aimed at opening up the tropical north to irrigated agriculture.

The Ord irrigation scheme began as a vision to bend nature to the will of the farmer and the pastoralist. The first diversion dam was built in 1963, followed in 1972 by the construction of the main dam, forming Lake Argyle, Australia’s largest artificial reservoir by volume.

The third phase – Ord 3 – would bring the system over the border into the Northern Territory and plug it into the Keep River with a series of canals.

In February, the NTLC announced it had selected AAM Investment Group (Aamig), owned by the Brisbane-based agricultural investor Garry Edwards, as preferred developer of the Keep Plains Development after a two-year “publicly competitive process”.

A spokesperson for the NTLC said in a statement the development had been “long awaited” on both sides of the WA and NT border and would contribute to the region’s food security while delivering “training, employment opportunities and sustainable development of regional and remote economies, with the engagement of Indigenous communities”.

The spokesperson said Aamig was chosen “based on their experience, understanding of the region and their diversified proposal to cultivate a mix of dryland or seasonal crops, irrigated crops as well as pastoral or grazing operations to best suit the land areas within the Keep Plains site”.

Aamig already has other investments in the area, including the huge Legune cattle station, which backs on to the Ord and has its own 50 gigalitre dam.

Aamig must now obtain environmental, Aboriginal heritage and water approvals, and negotiate with native title holders, particularly around the treatment of sacred sites.

Edwards declined to answer detailed questions from Guardian Australia, saying only: “AAM is in ongoing discussions with the Northern Territory Land Corporation to finalise aspects of the development arrangements, and all required approvals will be sought after these arrangements are finalised.”

Howey says the government’s approach of selecting a developer and releasing land when no business case is publicly available – is like “putting the cart before the horse”.

“There’s no plan, and no environmental impact studies. All it has is the thinnest of feasibility studies that indicate this land is subject to extreme flooding and a heightened risk of salinity because the depth to the watertable is so shallow and [because of] its proximity to the coast.”

A feasibility study carried out by the Department of Environment, Parks and Water Security in 2019 found only a fraction of the area around Keep River was viable for agricultural production.

The Keep River catchment area spans 6,000 sq km, including the traditional lands of the Gajerrong and Miriuwung people, an area home to several significant sacred sites.

Howey says that should the Ord 3 expansion follow, it would carve canals and irrigation channels into the landscape and require the clearing of “vast swathes” of tropical savannah.

The head of the NT Farmers Federation, Paul Burke, says irrigation will allow the production of mangoes, bananas, nuts and other crops, but current market conditions mean cotton will probably be “the backbone of the broader production system”.

“The proposal will initially be a dry land production system, which relies on the monsoonal rain event,” Burke says. “As they move through, they’ll put in the infrastructure where the soils and access to water makes it possible to intensify to irrigated [production].”

Cotton, a thirsty crop, is a tense subject in the Northern Territory, and there is another complicating factor.

The territory government is reviewing regulations to allow more widespread use of flood plain harvesting – the practice of setting up small dams or catchments in flood plains or alongside rivers to capture water when they overflow during floods or monsoons.

In the Murray-Darling Basin the practice has come under scathing criticism for drastically reducing river flows.

The Northern Territory is unusual among Australian jurisdictions in that it does not charge irrigators to extract water from rivers.

As a result, it doesn’t have funds to effectively monitor river flows and how much is being taken, says Maryanne Slattery, a consultant and former director of environmental water with the Murray-Darling Basin Authority.

“You’ve got whole rivers that don’t have a single gauge on it,” Slattery says.

She says large southern agricultural operators around the Murray-Darling Basin are increasingly eying off the Northern Territory’s water.

“For those down south, the grass is greener up north,” Slattery says.

“There’s less regulation and there’s no ongoing payment for the licence.”

Slattery says the regulations the NT government is hammering out for flood plain harvesting are flawed as they rely on models built from partial data. The information gathered from rivers which are measured are extrapolated to make assumptions about rivers where flows have never been measured, she says. 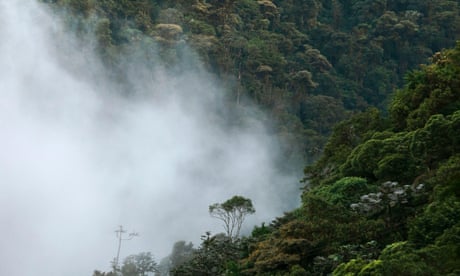 A spokesperson for the Department of Environment, Parks and Water Security said the “suggestion that water resources are not assessed, monitored, measured or managed is incorrect”.

“Science underpins every water decision made by the [department] and undertaking feasibility studies provides certainty and clarity for all stakeholders.”

Speaking more broadly, Dr Keller Kopf, a lecturer at Charles Darwin University research institute for environment and livelihoods, says the Northern Territory suffers from a lack of “baseline information” about its aquatic ecosystems.

“How much water can be extracted [by flood plain harvesting] before adverse impacts can be seen – we don’t know,” Kopf says.

Hanging over everything to do with the ambitious project are the uncertainties of climate change. Most forecasts suggest hotter conditions in the NT will lead to longer periods between wet seasons, higher evaporation rates that will threaten river systems and open air irrigation during dry periods, and heavier, more intense rainfall when rains do arrive.

“It’s not clear whether this means a net increase in rainfall, or a net decrease,” Kopf says. “There may be more water over a short period of time, but the sum total of water flowing through these rivers may decline.

“Just because there’s more intense rainfall events doesn’t mean flows in these rivers will increase. It’s possible – but the forecasting is that even if it does increase, it’s just as likely that flows on average may decrease owing to longer dry seasons and more severe drought.”