This is the untold story of the Bolsheviks, the Romanovs, the Kulaks, and the Holodomor – the greatest massacre of innocent lives in human history. 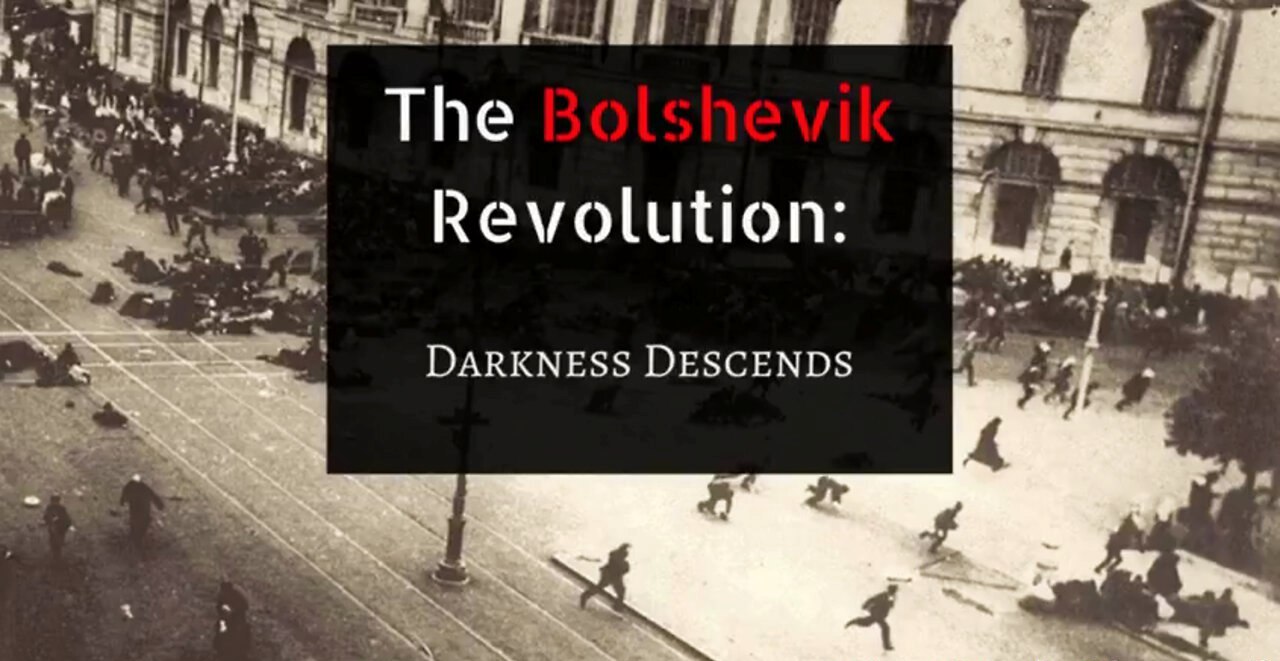 AnnaP999
This has to be the most heartbreaking video I have ever seen. Disgraceful, How has this horror been hidden from the world ? . The pain and human suffering caused and how it has been deliberately hidden. I am ashamed to say I have been totally oblivious to history and the deliberate genocide. This is a part of history that needs to be exposed. Schiff,Rothschilds, banking and media all complicit. Exactly what is beginning to be played out today.

Deepblue
This is beyond horrific! Gee wonder if this is what these bozos ultimately want for us! Over 100 food plants destroyed, herds of animals killed, govts trying to steal 600 yr prosperous fam farms! We need to deal with these people who will also stop at nothing to see their plans through. It’s high tech and information, at the moment, but I do not put anything past these animals with more $ than brains. It needs to stop NOW! THANK GOD SO MANY TEFUSED THE DEATH JABS!!! We in the west will never go quietly you son of a bitches! If you come for us we will take a whole lot of you with us, count on it!

DecisiveLiberty
Apparently, there are no authorized English versions of 200 Years Together until 2024 – see this link for more details… The archive.org version has missing chapters and from what they are saying should not be a trusted version. That does not mean what is available in the archive isn’t correct, but we won’t know until they release the authorized version. Why the calamity? All English-speaking countries banned this book — we are about to find out why…

proletarius64
Which leads us on to Our present predicament, Solzhenitsyn puts it succinctly, “a person who is not inwardly prepared for the use of violence against him is always weaker” than the person committing the violence”
The Gulag Archipelago.

truthgivingspirit
The Russian Revolution led to the communist Revolution in China where even more were slaughtered tortured and starved. They were both satanic revolutions which consecrated Russia and china to Lucifer. The same people who led both those satanic rituals, later brought the satanists to take over the Holy Land of Jesus, claiming to be the jews of israel. They are not, they consecrated the middle east in the same way to Lucifer in Blood. Now you will all pay for allowing this to happen and for worshiping those who did this, for worshiping the antichrist. The original Israelites were black. These white jew impostors are the synagogue of satan. Everyday I pray that you will wake up to the truth and repent of your sins. Return to God and America can be saved. As long as you continue to allow the antichrist to control and lie to you, America, Australia and north america will be consecrated to Lucifer next in your blood during the coming civil war that becomes ww3 ending with the antichrist’s ownership of the entire world.

rhythmphoenix9
I do not hate Christians. But why is it ok to act like they weren’t murderers as well, in mass? And that Christianity is a concoction of many of what they call pagan or heathen religions? That it is a mind control program, very old one at that.No one talks about Constantine and Nicea. Or lying ass Josephus. Or how Origen wrote on the Gnostics with hatred. Jesus did not exist. That’s the biggest one. But yall act like he did

Share
Facebook
Twitter
Pinterest
WhatsApp
Previous articleDo You Regret Not Taking the Deadly Experimental COVID Vaccines That Is Killing 1 Australian Every 15-30 Minutes and 1 Person Globally Every 4-8 Seconds?
Next article“Ordinary People Will Not Have the Right to Fly in the Near Future”