Some Right Wing Incels are Talking Themselves Into Becoming Transsexuals

Some Right Wing Incels are Talking Themselves Into Becoming Transsexuals

In America, a man who says he is a woman has special rights, including the ability to physically assault or rape real women with fewer consequences than if a heterosexual man does it.

This is a big draw to sociopaths. 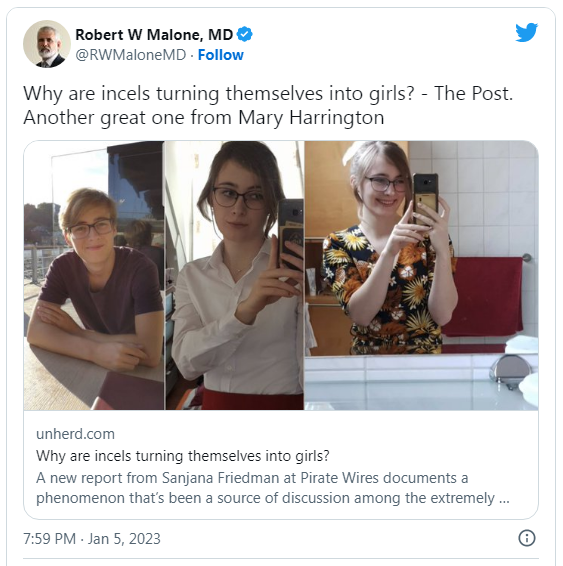 Why are incels turning themselves into girls? 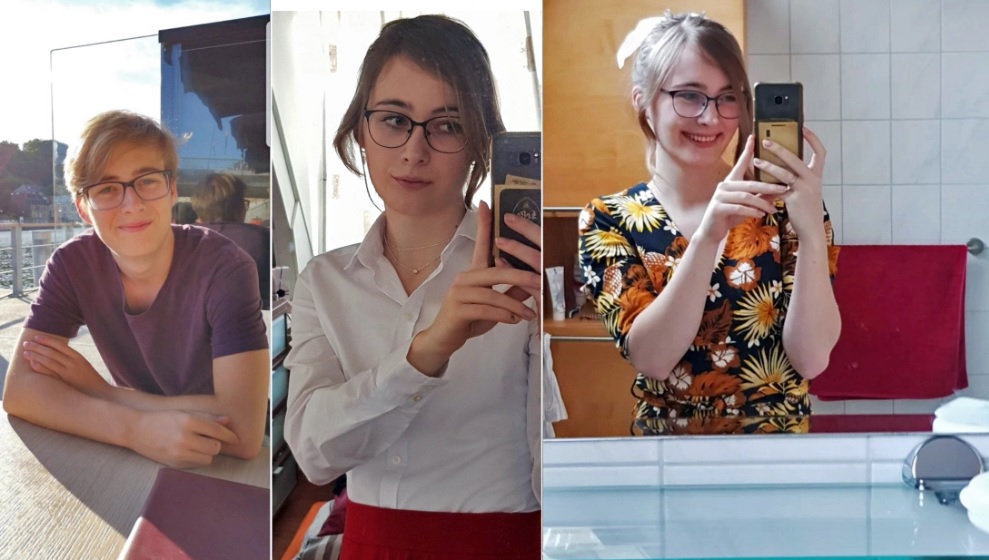 A new report from Sanjana Friedman at Pirate Wires documents a phenomenon that’s been a source of discussion among the extremely online for a little while, and has now made it into the open. “Transmaxxing” is a subculture of young men who embrace trans identities not because they believe they were ‘born in the wrong body’ but simply because they can, and because they think it’ll make their lives better.

It’s a phenomenon that reveals more nakedly than ever before the true face of the cyborg era: a culture caught between increasingly powerful technology, and the collapse of any coherent narrative about how best to use it for the good into a general sense that all narratives are interchangeable.

As Friedman tells it, the transmaxxers are strikingly post-ideological about their self-remodelling, at least compared to the official trans narrative, which draws heavily from 20th-century civil rights discourse. In this view, ‘gender identity’ is immutable and trans people are just ‘born that way’.

Many transmaxxers, though, modify themselves just because they want to (examples are shown on this 73-page ‘transmaxxing’ manifesto). Some report making up stories of gender dysphoria for medical professionals, while others then self-induce gender dysphoria by watching ‘sissy hypno’ — a type of video in which hypnotic (and sometimes also pornographic) stimuli are combined with messages encouraging the male viewer to embrace feminine looks or behaviour. The post-ideological feel of the phenomenon is underlined further by how often such individuals shift from embracing the ‘incel’ ideologies associated with the Right, to ‘trans’ identities associated with the Left.

For the most part, the contest between trans activists and their feminist opponents has been conducted on the field of ‘gender’: what it is, whether it has discrete categories, how (or whether) it relates to physiology and so on. A smaller handful of writers have drawn attention to the transhumanist implications of claiming a right to remodel one’s physical body based on an unfalsifiable inner feeling.

This vision sees medicine not as a restorative practice intended to return us to a shared understanding of ‘normal’, but as a potentially limitless method of upgrading ‘normal’ according to personal desire and preference. This has been openly advocated for some time as well by some trans activists, such as pharma entrepreneur Martine Rothblatt. But the debate has so far stayed largely within the pre-cyborg moral frame of equality, justice and rights.

Yet as Friedman notes, what’s striking in the transmaxxers is the way they’re cheerfully abandoning the civil-rights narrative, in favour of an open, wholesale embrace of the transhumanist outlook. Many transmaxxers report that the interventions have significantly improved their lives; why, such individuals might ask, does anyone need a ‘born in the wrong body’ story to justify something that works on its own terms?

And it’s here that we catch a glimpse of the real face of the cyborg era: an emerging cultural paradigm in which technology is the ideology. The opinions someone endorses while down an internet rabbit hole matter less than the cumulative psychological impact of spending all day every day in that rabbit hole: a condition of radical body dissociation and (increasingly measurably) real-world social isolation.

Once self is thus dissociated from body, there’s no obvious reason not to treat that ‘meat suit’ as an instrument to be optimised, whether via hormones, surgery or other interventions, in pursuit of greater happiness — and again the story matters less than the fact you’re simply doing it because you can.