I cover national politics, with a focus on Donald Trump.

Prospective Twitter owner Elon Musk appears to already be going on the offensive against competitors, like former President Donald Trump’s Truth Social, tweeting Wednesday that Trump’s platform has a “terrible name” and only exists because “Twitter censored free speech.”

CEO and chief designer of SpaceX Elon Musk participates in a discussion during the 2014 annual conference of the Export-Import Bank on April 25, 2014, in Washington.

– Musk early Wednesday noted Truth Social was topping Twitter and TikTok in App Store downloads before mocking the platform, tweeting that it “Should be called Trumpet instead!”

– Trump has already stated he does not plan to use Twitter if his account is reinstated, telling Fox News, “I am going to stay on Truth,” adding he plans to start using his platform in the next week.

– The former president otherwise lauded the Twitter board agreeing to a $44 billion price tag for Musk to buy the company, saying, “I hope Elon buys Twitter because he’ll make improvements to it and he is a good man.”

Truth Social is one of several Twitter look-alikes to appear over the past year, which essentially all promote themselves as free speech alternatives safe for right-wing discourse after Twitter banned Trump and many of his associates following the January 6 storming of the U.S. Capitol. Truth Social launched in February but has been plagued with myriad technical problems, leaving more than a million registered users on a waiting list, unable to access the platform. Serious doubt has been cast on the Truth Social’s future after Twitter’s board unanimously approved Musk’s $44 billion offer to purchase 100% of the company’s shares and turn it private. Musk has suggested he will largely eliminate Twitter’s content moderation practices and restore banned accounts, saying he will operate a “free speech” platform, allowing all speech protected by law.

WHAT TO WATCH FOR

Musk’s purchase still needs regulatory approval and is subject to a final vote from Twitter’s shareholders. The company is scheduled to hold a shareholder meeting on May 25, but could hold an earlier vote.

Truth Social is part of a planned broader media venture for the Trump Media and Technology Group, which plans to go public through a merger with Digital World Acquisition Corp. (DWAC), a special purpose acquisition company. DWAC’s share price has dropped by more than 50% since early March, trading at around $45.50 Wednesday afternoon, after being near $100 then. The stock is up more than 11% on the day Wednesday, but took an intraday hit after Musk’s tweet, dropping from $47.31 to $45.41, more than 4%, in the course of a minute following the tweet. 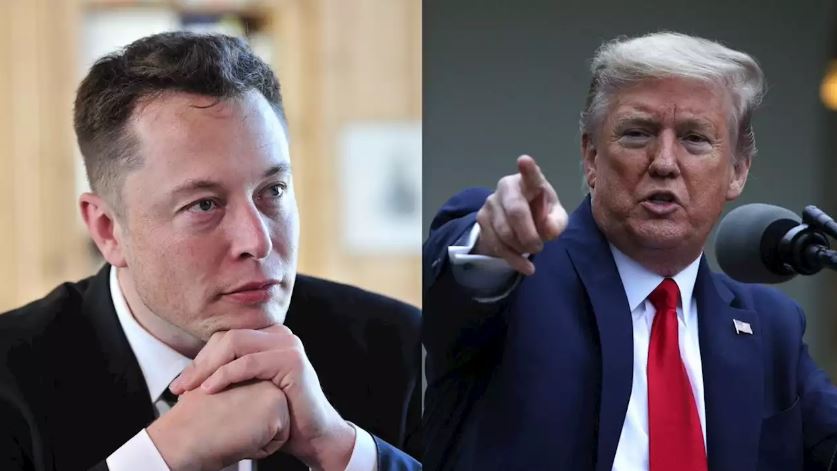 ANR Founder and Co-Founder of Truth Group suggests Elon Musk to invest into and help launch half a dozen censor free social media platforms of Truth Group including TruthTweet (a Twitter alternative) https://truthtweet.social/.

As mainstream media dies, Truth Group https://truth-group.com/ and its platforms rise. Alternate independent media and alternate social media is booming. Every billion in market cap they lose is for the Truth Group to gain.

Truthcoin is the currency behind Truth Group new apps, and it will be listed on selected crypto exchanges in late May 2022 to enable supporters to help fund this critical and much-needed alternate social media platform. Truthcoin set to launch its payment system TruthPay and list early June on Crypto Exchanges as TruthPay and TRP as its Exchange Ticker

Truth Coin is a large supporter of independent media and “Take back Our World” objectives and it launches its Pre ICO ahead of Early June listing.

Truthcoin’s Pre ICO Round Round 2 is now open at just $0.04 cents, a fraction of its set listing price of $0.20 cents USD on crypto exchanges in early June 2022.

Smaller donors can donate $250 or $500, but only qualify to get the coin at $0.15 cents, not $0.02 cents. For details on how to access this opportunity, click: https://www.truthcoin.social/truthcoins-ico