Hundreds of fact-checking “experts” gathered in Oslo, Norway to stop false claims on the Internet, but why won’t they fix their own misinformation? 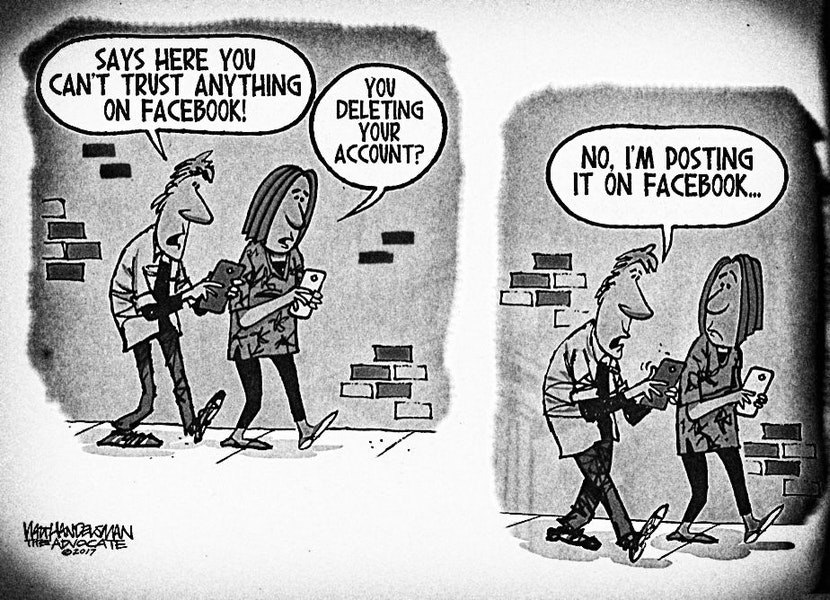 Several hundred people from 69 countries gathered in Europe last week to rub shoulders and make business connections in the burgeoning fact-check industry, where jobs continue to grow even as they shrink in journalism. According to the Duke Reporter’s Lab, there are now 378 fact-checking groups, up from 168 in 2016.

“The torrent of false information, such as the election-fraud claims that led to the assault on the U.S. Capitol, Russian disinformation about the invasion of Ukraine and pseudoscientific assertions about the coronavirus pandemic, has emerged despite the astonishing growth of the fact-checking movement,” wrote the Washington Post’s resident fact-check guru, Glenn Kessler, who sits on the advisory board of the International Fact-Checking Network, which organized the meeting.

Kessler’s pious praise for the event was a tad too much for Nellie Bowles on Bari Weiss’ Substack:

Oh no, disinformation people had a conference: I can’t believe I wasn’t invited for a summer in Oslo to meet with my reality czars. They call themselves the “fact-checking movement” and have formed an “International Fact-Checking Network” with regular conferences featuring big tech executives. And the Washington Post’s fact-checker is part of it. Funny because when I emailed the Washington Post’s corrections department to get comment on why they still hadn’t corrected the by now well-trodden inaccuracy in our favorite tech reporter’s work, the paper never wrote back. Some facts are more facts than other facts. Invite me to FactCon next year, guys.

One of the speakers on day 2 of this meeting to fix the Internet was Emmanuel Vincent, the president of the fact checking group, Science Feedback. As we previously reported here, Mr. Vincent has been scurrying around Paris, France like a frightened mouse to avoid being served papers that demand he appear in court for helping Facebook to censor opinions he doesn’t agree with and deny people their First Amendment rights.

While claiming to be independent, Science Feedback serves as little more than an appendage of Facebook, which was obvious from reading the description of Mr. Vincent’s talk in which he praised Facebook and the role he plays in partnering with them to censor inconvenient facts:

These results are critical for fact-checkers to understand the impact of their partnership with Facebook and highlight the need for systematic investigation of web platforms’ measures designed to limit the spread of misinformation to better understand their effectiveness and consequences.

To highlight some of the worst fact checks out there and how they help to spread, not stop, misinformation, I reached out to several friends and experts for help. Here’s some of the sillier fact checks they identified.

For some odd reason, Big Fact-Check decided that natural immunity doesn’t exist. What I mean by natural immunity is something that everyone who has a basic grasp of biology understands: when you get sick from a virus, your body creates antibody protection against it.

Why checking organizations dismissed the basic biology of natural immunity has never been made clear, but this is exactly what they did.

In an investigative feature, The BMJ laid out many of these failings in accounting for natural immunity in the government’s response to COVID-19, even getting Tom Frieden, the former Director of the CDC, to back off on comments he had made denigrating the importance of natural immunity in dealing with the pandemic.

“I thought from a rational standpoint, with limited vaccine available, why don’t you have the option” for people with previous infection to defer until there was more supply, Frieden told The BMJ. “I think that would have been a rational policy. It would have also made rollout, which was already too complicated, even more complicated.”

Frieden added, “We don’t know that antibody level is what determines protection.”

But an Associated Press fact check the month prior rated it false to claim that people who had COVID-19 had natural immunity against the disease and did not need a vaccine. Instead of fixing this mistake caught by The BMJ, the AP doubled down in a November fact check to claim, “Experts and studies agree vaccinations against COVID-19 provide safer and better protection over natural immunity.”

The Guardian’s claim to fact check expertise is … how does one say this delicately … schizophrenic at best.

In November 2020, Guardian columnist Sonia Sodha decided that her background in politics provided her a firm enough foundation in epidemiology to wade into the mask controversy. After Oxford’s Carl Heneghan, a professor of evidence-based medicine, wrote an essay about a scientific study that found “wearing masks in the community does not significantly reduce the rates of infection,” Sodha labeled Heneghan part of the “the anti-science lobby.”

Understand, one thing: Heneghan wasn’t just giving his opinion about that one study. He was also referencing the Cochrane Report on masks, which assessed the best research and concluded, “We are uncertain whether wearing masks or N95/P2 respirators helps to slow the spread of respiratory viruses.”

Nonetheless, Facebook began censoring Heneghan’s piece, having decided that their fact checkers knew more than one of the most prominent professors in evidence-based medicine.

Then it got weird. When Heneghan later published a study that found the numbers of deaths caused by COVID-19 in the U.K. had been exaggerated, Twitter banned him. And guess who rose to Heneghan’s defense? None other than the Guardian, the same outlet that had previously labeled Heneghan part of the “anti-science lobby.”

This November 2020 fact check from the AP is pure comedy gold.

CLAIM: COVID-19 is a man-made virus intentionally manufactured in a lab and released to the public.

AP’S ASSESSMENT: False. Scientists say the molecular structure of SARS-CoV-2 rules out the possibility that the virus was created in a lab.

Last summer, I wrote a report for The BMJ that examined the awful reporting that downplayed the possibility the pandemic could have started in a Wuhan lab. From the pandemic’s beginning, a group of virologists conspired to label as a “conspiracy theorist” anyone who even raised the possibility of a lab accident. Several fact-check sites such as PolitiFact and FactCheck.org hopped on board this narrative, as did science writers from the New York Times, Nature Magazine, Scientific American, Science Magazine, and UnDark Magazine.

Of course, it was always possible that a lab accident started the pandemic—Duh!—and this May two academics published an essay in the Proceedings of the National Academy of Sciences (PNAS) calling for an independent investigation into how the pandemic began. “[W]e argue here that there is much important information that can be gleaned from US-based research institutions, information not yet made available for independent, transparent, and scientific scrutiny.”

And just a few weeks back, multiple media outlets reported that the WHO-Director General had confided to a senior European official that the virus likely leaked from a Wuhan lab. This new bit of info was carefully ignored by both fact checkers and the science writing community—of course!

If you really want to know how crazy fact checking is, just ponder one thing: despite paying billions in fines for lying to consumers and putting out misleading marketing, not a single pharmaceutical company has been banned from social media. Not even Purdue Pharma, the company now in bankruptcy for having started the opioid epidemic.

Yet reporters are constantly banned for tweeting about these same companies. The latest example is Alex Gutentag who was banned from Twitter after she tweeted information about the approval of Moderna’s COVID-19 vaccine for children, and then similar information about Pfizer’s.

Here’s where things get funny, Gutentag’s Twitter account was restored after people pointed out that her tweet about Pfizer’s vaccine was copied and pasted … from Pfizer’s own press release!!! Here’s Pfizer’s press release with points in bold that Gutentag referenced:

Vaccine efficacy, a secondary endpoint in this trial, was 80.3% in children 6 months to under 5 years of age. This descriptive analysis was based on 10 symptomatic COVID-19 cases identified from seven days after the third dose and accrued as of April 29, 2022. The trial protocol specifies a formal analysis will be performed when at least 21 cases have accrued from seven days after the third dose. Final vaccine efficacy data will be shared once available.

In this era where everyone with a Twitter account claims to be “evidence-based” the Cochrane Reviews are a premier resource for cutting through bias to assess the credibility of claims in medicine.

But even Cochrane has gotten ensnared by the fact-checking outlets for social media. Below is just one example of many where Instagram shut Cochrane down.

Perhaps the greatest fact-check fail in recent memory is the saga concerning Hunter Biden’s laptop. During the 2020 election, The New York Post published a blockbuster expose on emails found on the laptop of Joe Biden’s son, who had dropped the computer off at a repair shop.

“Dear Hunter, thank you for inviting me to DC and giving an opportunity to meet your father and spent [sic] some time together. It’s realty [sic] an honor and pleasure,” read one email sent to Hunter by a Ukrainian businessman.

The story implied that Biden’s son was peddling access to his faither, and with only weeks before Biden’s electoral faceoff against Trump, Facebook closed off the ability for people to share the article, and Twitter blocked users from sharing it.

But a year after the election, multiple outlets confirmed the emails’ authenticity, and Twitter’s new owner, Elon Musk, tweeted that suspending the New York Post for reporting on the emails was “incredibly inappropriate.”

One of the most obvious forms of fact check bias is how certain favored people elude fact check scrutiny. The New York Times recently reported that President Biden’s medical advisor on the COVID pandemic, Dr. Anthony Fauci, has COVID. In a statement, the National Institutes of Health said that Fauci is experiencing mild symptoms and “is fully vaccinated and has been boosted twice.”

This statement triggered multiple people to point out that the now COVID-positive Fauci had claimed multiple times in the past that the vaccine would protect people from getting COVID. “When people are vaccinated, they can feel safe that they are not going to get infected,” Fauci said back in May 2021.

“When people are vaccinated, they can feel safe that they are not going to get infected.” —Fauci

Of course, no fact checking organization fact checked Fauci at the time, most likely because Fauci and the National Institutes of Health are Big Fact Check’s primary fact checking sources. It’s most certainly a fact check that has yet to grab the attention of the Washington Post’s Glenn Kessler and his concerns about “pseudoscientific assertions about the coronavirus pandemic.”