Have You Been Tricked by Fake Q’s?

Have You Been Tricked by Fake Q’s?

There is a military operation to save humanity from tyranny by the elites. This operation is called “Q”, which refers to military intel shared with the public to train them to expose corruption. The internet is however filled with fake Qs that have nothing to do with the genuine operation.

My mission is to inform you concerning a grave threat to humanity, as a worldwide organized criminal operation attempts to steal all our rights, freedoms, and possessions under the guise of “we need to protect you”.
The dangers they must “protect” us from, are global crises they orchestrate themselves, in order to have the excuse for imposing a worldwide dictatorship.
Besides alerting humanity about this nefarious scheme, my mission is also to provide you with hope and encouragement, so you would have the strength to stand up, and resist these crimes against humanity.
That’s why I will always share truthful information that reveals how there is an unprecedented movement worldwide, that will change the face of the earth for the better.
That’s why I sent the highly inspiring and encouraging post about a military operation that is fighting to save humanity from these criminal elites.
Follow this link to read that empowering post: https://stopworldcontrol.com/military/

The military is not what we think it is

Some people find it hard to accept that a white hat (= good guys) military operation that saves the world can exist because they see for example how the military is forced to be injected with toxic vaccines. Their conclusion is, therefore:
“Clearly the US military is evil!”
We must however understand that the military is not a cohesive entity. There are perverted traitors on one side, clueless officers in another division, and awakened patriots in yet a different area.
Dark forces are trying to seize full control over it, while good elements are working hard to clean out the military.
Many aspects of the US military, as well as all the three-letter departments, have been compromised. CIA, DOJ, DHS, FBI, etc. are infested with corruption. But there are a few departments that managed to weed out the infiltration, and they have been fighting a lonely, and very difficult war against this cancer of institutionalized corruption.
The good news is that not everyone in the higher levels of politics and the military has been compromised, and the number of awakened warriors is growing daily, while the grip of the corrupted forces is weakening.

Others reject the idea of a military operation to protect humanity from tyranny because they have been confused by the many fake Q accounts online.
We must understand that the majority of so-called “Q” entities on the internet have nothing to do with the real Q.
Q exclusively posts on confirmed boards like 8kun and 4kun. The posts are then republished in a more readable format on a platform called Qalerts. app which is my preferred go-to. Q made it crystal clear that they do not communicate through any other channel. Anyone claiming otherwise is a fraud.
As Q said in the following post:
“They all claim to be insiders. They all claim to have insider contacts. They do not. Patriots do NOT reveal classified information. … BE CAREFUL WHO YOU FOLLOW.” Q | 1339
Most people who reject Q, base their judgment on false representatives who have nothing to do with Q whatsoever. My message is, therefore:
don’t follow people who claim to be connected to the military, and who spill supposedly high-level military secrets.
A true soldier will not do that unless he is a traitor.

Why did Q announce arrests?

Another reason some people refuse to believe that Q is legit is because Q announced arrests of figureheads of the deep state. This was however done with the purpose of causing panic in the camp of the deep state, so they would make critical mistakes.
Q addressed this matter in the following post:
“Why have there been no arrests? Why have ‘specific’ dates been mentioned only to see no action? Define ‘game theory.” Q | 2937

What is game theory? It is the study of how and why people make decisions. Q influenced decisions of the deep state, by making threatening announcements.

Eat popcorn, and enjoy the show?

To encourage people that the patriots in the military have been working on a rescue plan for decades, Q sometimes said that certain public events are preplanned. Observing these events can be like enjoying a good movie.
Q imposters misused this to tell people they don’t need to do anything. “Everything is under control. We can all just sit back, eat popcorn, and enjoy the show.”
That is the exact opposite of everything Q said. Their message always was: rise up and fight.

When I step back and look from a distance to the bigger picture of Q, I see a highly effective operation, to wake up humanity, and activate a worldwide movement of hundreds of millions of people which will lead to the downfall of the criminal elites.
Don’t be discouraged, but take heart and do what you can, to further this powerful process. We can all do something. 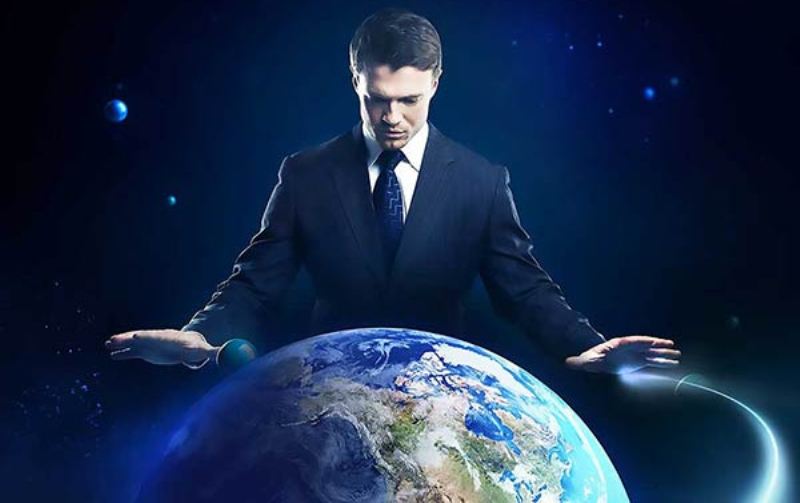