Billionaire Twitter purchaser Elon Musk has qualified his much-hyped embrace of “free speech” on Tuesday, his first full day as the platform’s owner, reassuring the world’s governments he will obey their speech restrictions under the reasoning that such officials behave according to the will of the people they govern.

After gloating that “the extreme antibody reaction from those who fear free speech says it all,” the Tesla tycoon explained that what he meant by “free speech” was not the usual definition, replying to his own tweet to reveal that “By ‘free speech’, I simply mean that which matches the law.” 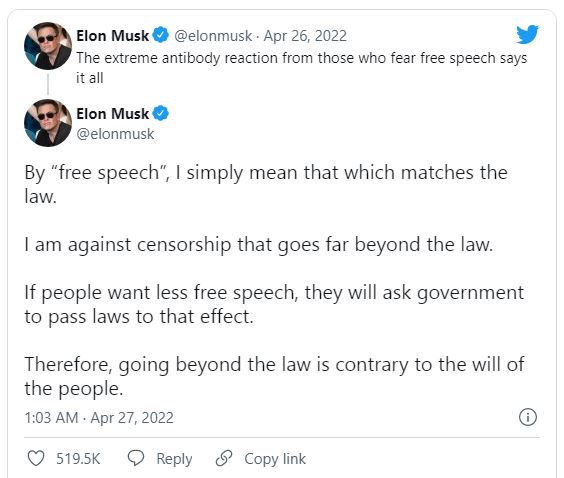 “If people want less free speech, they will ask government to pass laws to that effect,” Musk continued, explaining his latest stance. “Therefore, going beyond the law is contrary to the will of the people.”

While the billionaire did not explain which country’s laws he planned to respect, he was reminded of a recent set of regulations passed in Europe under the name the ‘Digital Services Act’, which aims to force social network platforms to police their content much more aggressively, revealing their proprietary algorithms to regulators and explaining how they are working to better comply with EU rules on hate speech and misinformation.

EU Commissioner for the Internal Market Thierry Breton declared that Musk would have to follow Europe’s strict new rules or face heavy fines or even a continental ban, telling the Financial Times that Musk was “welcome but these are our rules. It’s not your rules which will apply here.”

Musk’s Tuesday comments represented a significant step back from his claims the previous day that “free speech is the bedrock of a functioning democracy” and his description of himself as a “free speech absolutist.” The SpaceX founder purchased Twitter on Monday for the sum of $44 billion, vowing to take it private and return it to its roots as “the free speech wing of the free speech party.” 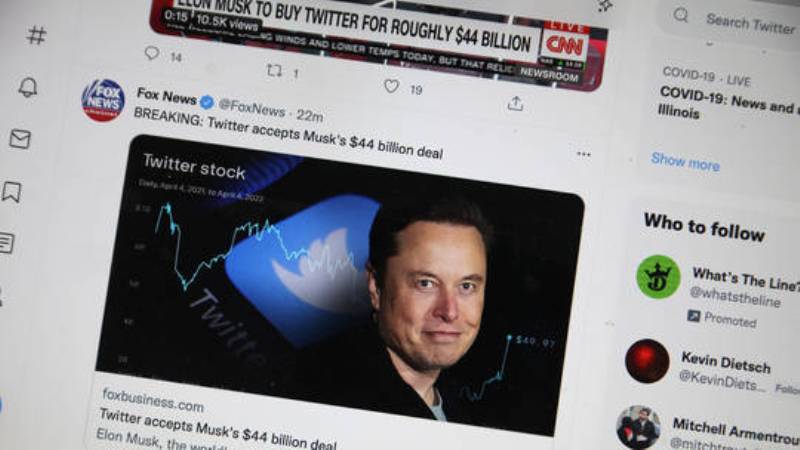