Apparently, Brett Finch was trying to score cocaine online instead of the lure in young boys.

Do you think this is plausible?

“Finch was arrested in Sydney in late 2021 and pleaded guilty to one count of using a carriage service to transmit or publish child abuse material.

The 41-year-old has previously told a Sydney court he’s “disgusted” in himself for sending the “twisted” audio messages,
which he claimed were part of desperate attempts to obtain cocaine.

The ex-NRL player used a service called Fast Meet and described fantasies about young boys, and told a judge he thought he could connect with “hypersexualised” users who had access to drugs.

He denied having a sexual interest in children.

Finch left the messages at a time when he was heavily addicted to cocaine and using up to 25 grams per week, the court heard.” 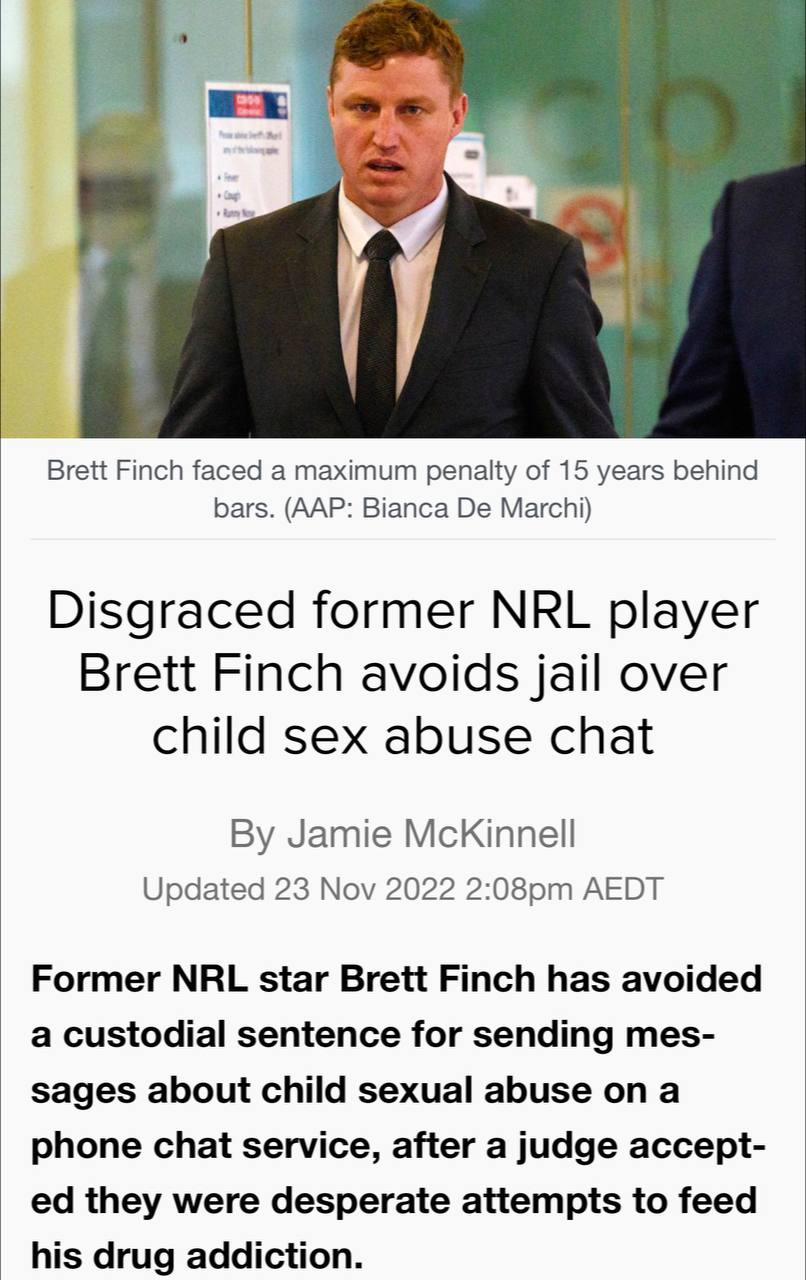