It was January 2022 and over in Canada, a storm was brewing.

It was winter, but the storm wasn’t a snow storm, it was a storm of the human kind.

One that occurs when people have had enough.

Called the Freedom Convoy with signs saying Liberte, thousands of people and hundreds of trucks stretched across the wide Canadian frontier, converging on Ottawa.

The message to the Canadian government was clear, “end vaccine mandates and vaccine passports“.

The Canadian government acted back, swiftly and severely.

Breaking up group meetings with mounted police, there were multiple arrests and anyone associated had their bank accounts frozen.

A gofundme was set up with over 120,000 donors, but the government commanded that gofundme take it down!

It was in support of fellow Commonwealth compatriots that Australian decided to do its own convoy. 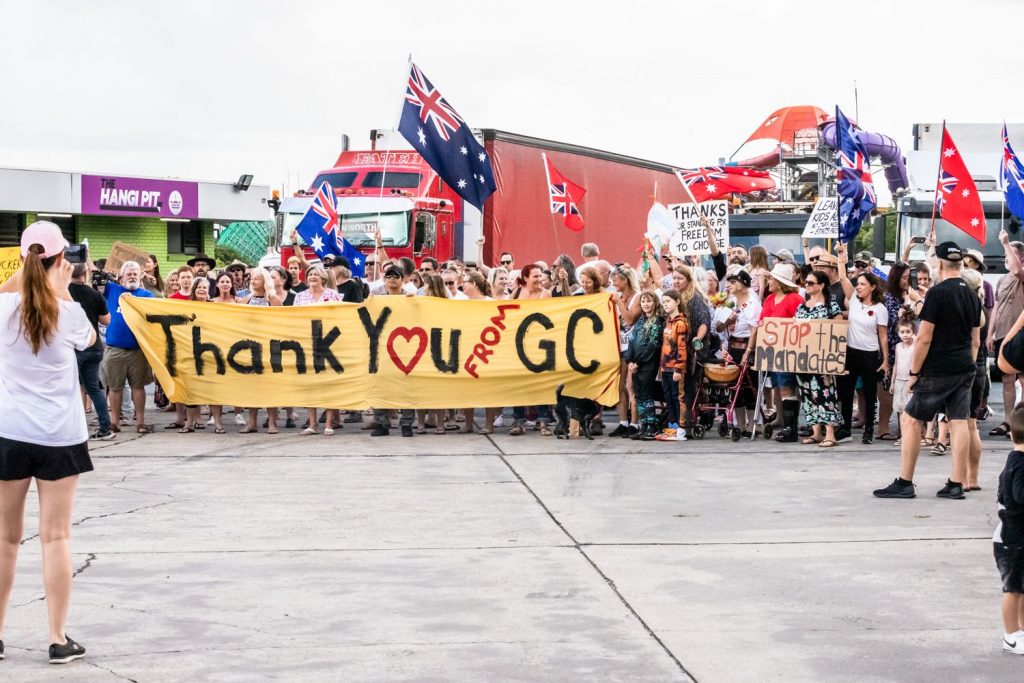 It was nick named Convoy to Canberra and would result in two major rallies.

One was the largest peacetime rally Canberra has even hosted with little mainstream media present or reporting the event.

Reports from people in attendance and police reports have numbers attending the rally between 200,000 – 1,000,000 people.

What happened in the weeks leading up to this spectacular day, Saturday 12th February 2022 has been captured by photographers and those present.

This image rich book portrays and captures the day that will go down in Australian history as one of the great days of all times.