Australian National Review Founder says,” if you want to get rich – it’s simple. Get into a booming business, one that’s trending upwards. In fact, you want one that skyrocketing upwards.
And the one business that’s doing that and will sadly spiral upwards a lot more is the funeral parlor business. You see, a Global culling of the population was always going to see this business boom.
And if you think the BS 19 jabs were done to stop people from dying and boost the world’s population instead then I think you watch too much of the idiot box and subscribe to mainstream media conspiracy theories that Covid was a deadly pandemic when it never was, (did excess mortality rise during the biggest baddest pandemic since the Spanish Flu ? Nope)

But as we warned from the beginning, the BS19 jabs are deadly and will kill between 20- 100 million, possibly 250 million, & worse case up to 1 billion within 5 years, & injure way more.
The scary thing is we have consistently been right.
I wish we were wrong on this one. 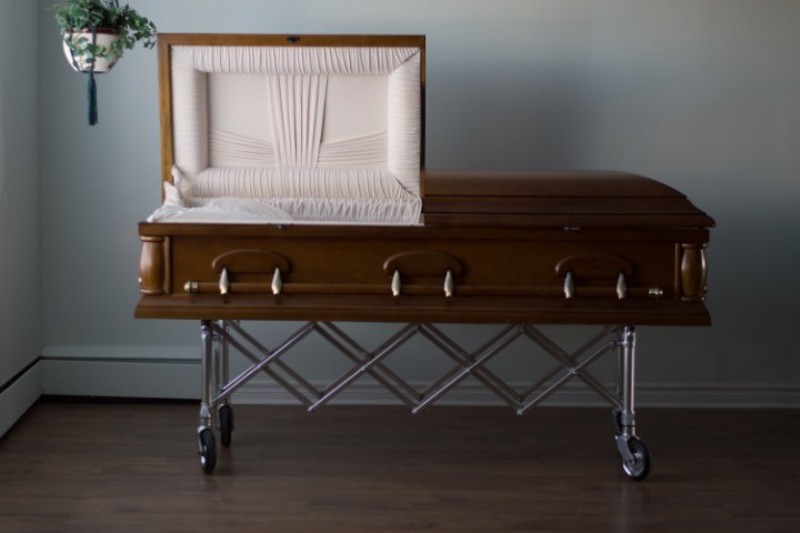 Sudden Adult Death Syndrome (SADS) has been a part of global news coverage for at least a year. The unexpected deaths of adults, including young athletes in their peak, are ignored by federal healthcare regulators, yet the funeral market is reacting to the “unexplained” phenomenon with record profits.

Alex Berenson, a former New York Times reporter, reported on Wednesday on the latest communication between Service Corporation International (SCI), the largest for-profit funeral operator in North America, and its investors. As it appears, “so far in 2022 the company has made almost $500 million in profits,” wrote Berenson, and, after the published phone call on that, SCI’s stock rose 10 percent.

Eric D. Tanzberger, the chief financial officer and senior vice president of the company, described the company’s performance in 2022 as “very strong,” according to the transcript of the call.

“That’s going to revert to cash outflows related to ICP payments across the entire company in February [of 2023],” he told the investors, adding, “That would be close to 2 times even the targeted ranges.”

Thomas L. Ryan, SCI’s chairman, president, and CEO, plainly said that the uptick in revenues happened at “unheard of” rates:

If you go back in this industry and particularly with SCI, year-to-year you would see the numbers of deaths — probably in one year you may be down 1% or 2%, in the next year you’re up 1% or 2% … you could predict [with] pretty good accuracy over a year and over a big footprint like ours what was probably going to happen…. 2020 comes along, COVID, game-changer, right. We’re having to do at one point of time 20% more funerals which is unheard of in a year versus, let’s say, a year or two before.

Mr. Ryan went on to note that the expectation was for the death rate in 2022 to stabilize at the level of 2019 or slightly exceed it, yet, in reality, “the third quarter of this year, we did 15% more calls than we did in the third quarter of 2019. That is not what anybody would have anticipated and that has just a very de minimis amount of COVID deaths in it.”

So, it looks like the funeral company was aware of the causes of death of their clients. Why were all these people dying at record rates? First the executive pointed to the aging “baby boomers,” who will begin to turn 80 in 2026.

Then, he said there were more car accidents, drug overdoses, suicides, murders, and cancers.

He also noted “the pandemic disruption” that impacted people’s “mental health or physical health,” and that “these trends are hard to reverse quickly,” adding to the “less healthy lifestyle” that people developed during the pandemic.

Berenson is not buying this:

These explanations are … strained, at best. Aging demographics are hardly new, and the lockdowns that drove a “less healthy lifestyle” ended as early as mid-2020 in most red states and by early 2021 almost everywhere. Opioids and overdoses generally remain a horrendous crisis, but deaths appear to have peaked in early 2022 and fallen slightly since. And for all the discussion of delays in medical care, hospitals and doctors offices have functioned essentially normally for at least 18 months.

There was no mention of mRNA vaccines, noted Berenson, who did not find that surprising.

Ed Dowd, a former BlackRock hedge-fund manager whose job was to look at quarterly numbers to pick winning investments, has been demonstrating the trend of excess mortality and disabilities using official data. (All charts below are from Dowd as presented on They Lied, People Died.)

Here is a graph based on U.S. Centers for Disease Control and Prevention (CDC) data showing the excess mortality in millennials starting in March of 2020, which “coincided” with the rollout of Covid shots to the general public: 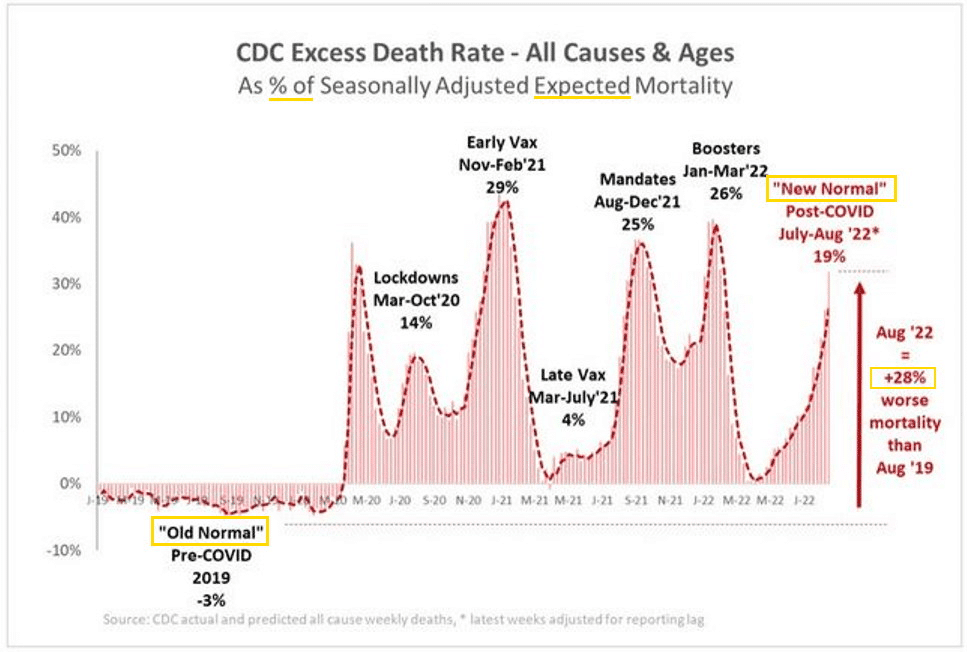 Then, there’s this chart based on numbers from the U.S. Bureau of Labor Statistics showing how the number of Americans with disabilities went up, up, up: 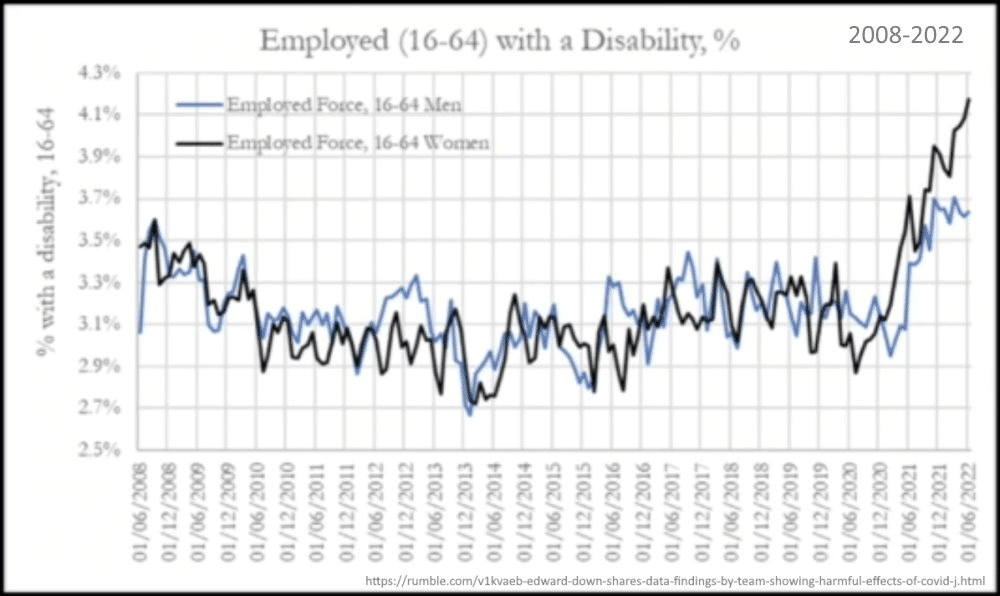 And here’s the chart based on numbers from insurance companies showing a tremendous uptick in insurance claims in 2021:

Speaking with The New American in June, Dowd said that the data clearly show that injuries and deaths due to the vaccines are piling up, and the rates are “disastrous.”

Other heavily vaccinated countries, such as those in Europe and the U.K., are seeing the same trend.