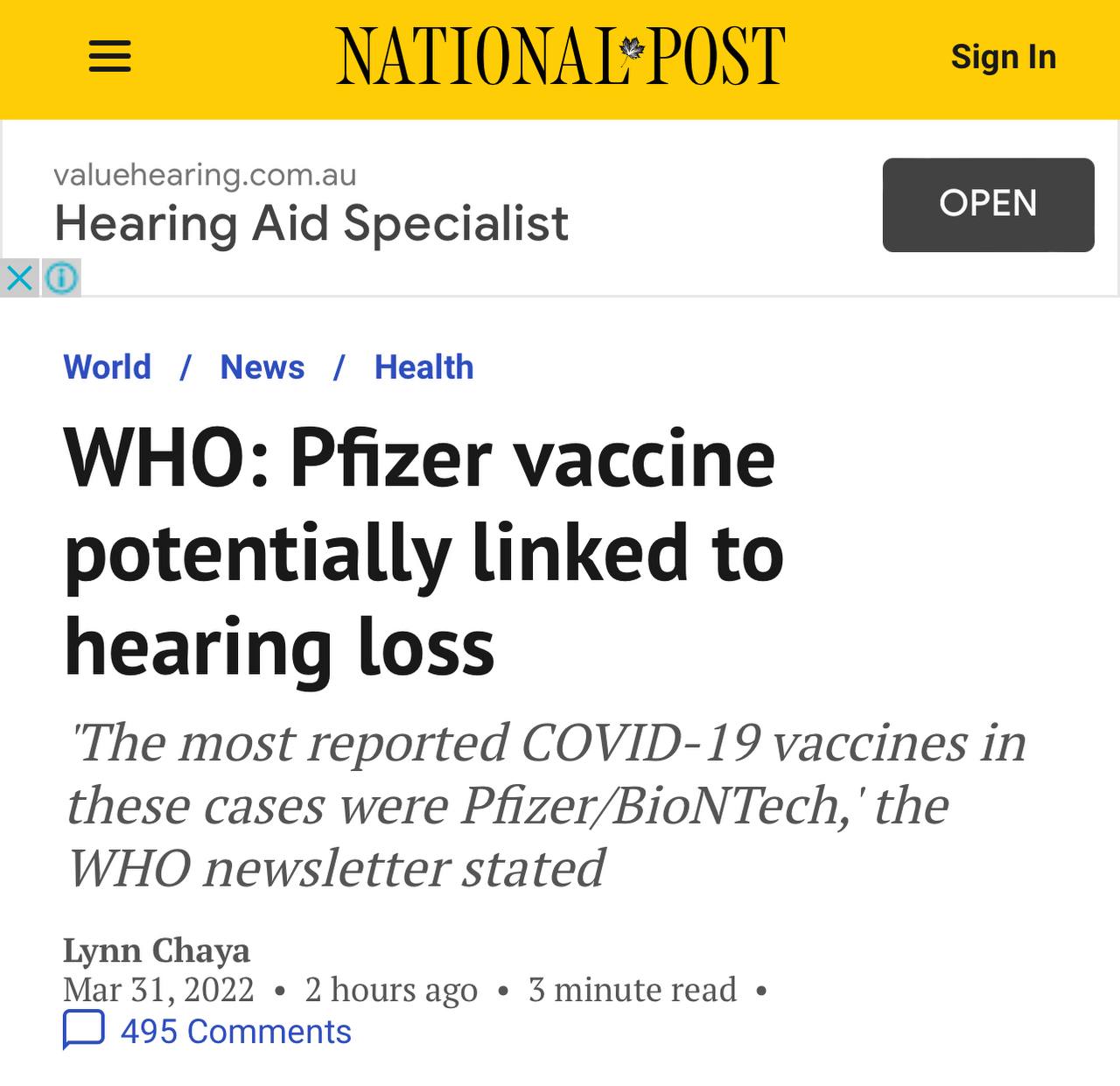 Get AIDS, go deaf, or have maddening ringing in your ears.
Shut up and get boooooooosted baby!
You are being selfish and racist,
Trust the science,
Play your part,
Let’s get that herd immunity, yeah? 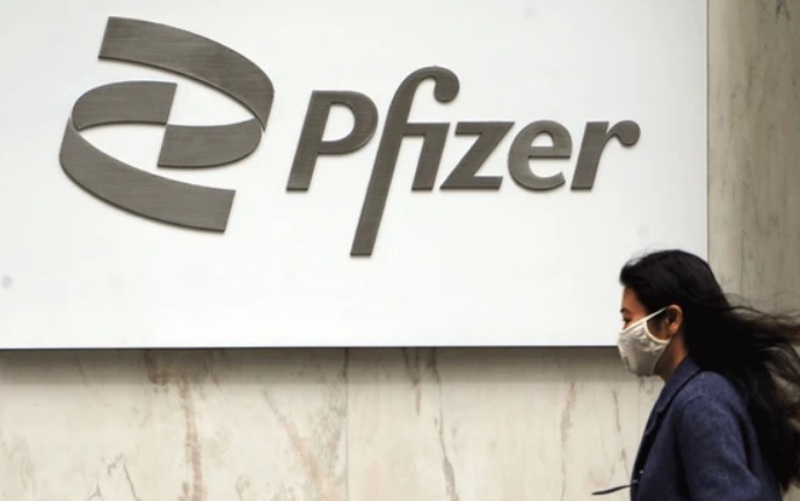 The United Nations health agency was notified that tinnitus, a hearing problem that causes ear ringing, may be associated with the vaccines

The World Health Organization has published a report citing extremely rare instances of hearing loss and other auditory issues following injection of the COVID-19 vaccine.

The health agency was notified that tinnitus, a hearing problem that causes ear ringing, may be associated with the vaccines.

Gregory Poland, MD, director of the Mayo Clinic’s Vaccine Research Group in Rochester, Minnesota, says he developed tinnitus after receiving his second dose of the vaccine.

In an interview with MedPage Today, he recounts nearly veering out of his lane driving back from the hospital after receiving his second dose.

“It was like someone suddenly blew a dog whistle in my ear,” Poland told the medical journal. “It has been pretty much unrelenting.”

Poland has been experiencing what he describes as life-altering tinnitus.

He said of his own symptoms that he “can only begin to estimate the number of times I just want to scream because I can’t get rid of the noise or how many hours of sleep I’ve lost,” he said. The noise he hears is “particularly loud at night when there are no masking sounds.”As a vaccinologist, he still believes in the importance of getting jabbed despite his side-effect. Fearing the possibility of contracting COVID and spreading it to his patients, he opted to receive a booster.However individuals across the country and around the world have shared with him their experience post-vaccine, saying they too have developed tinnitus after COVID vaccination.

“What has been heartbreaking about this, as a seasoned physician, are the emails I get from people that, this has affected their life so badly, they have told me they are going to take their own life,” Poland said.

The WHO reported 367 cases of tinnitus and 164 cases of hearing loss among the 11 billion vaccines administered — with onset ranging from a few minutes to 19 days, but most commonly within a day of the jab.

Dr. Christian Rausch and Dr. Qun-Ying Yue of the Uppsala Monitoring Centre, a Swedish nonprofit organization that collaborates with the WHO, identified the adverse side effect.

“One case of tinnitus following the first dose decreased over a couple of days,” the doctors wrote in the WHO newsletter, “but hearing loss recurred after the second dose, and the patient was started on steroid treatment; no risk factors were recorded.

“Another case described bilateral tinnitus more than a week after the first dose and worsening 1.5 weeks after the second dose. Receipt of unspecified medications were recorded, and the patient consulted an ear, nose and throat (ENT) physician. Another described hearing loss occurring which decreased within two days after the first dose, but re-occurring with the second dose, which required steroid treatment.”

According to their findings, people who reported tinnitus ranged in ages from 19 to 93 and 63 per cent of the cases were women. The symptom was recorded in 27 countries including the United States, the United Kingdom and Italy. Additionally, more than a third of the cases reported came from those working in the health care industry.

“The most reported COVID-19 vaccines in these cases were Pfizer/BioNTech,” the WHO bulletin stated, making up approximately 80 per cent of the cases.

Researchers noted hearing loss is not included as an adverse reaction on the product labelling for COVID-19 vaccines and tinnitus is only listed for the Janssen COVID-19 vaccine.

So far, research has been limited to a study published in February examining the potential association between COVID-19 vaccination and sudden sensorineural hearing loss (SSNHL).

“It seems that hearing disorders have been reported for most of the COVID-19 vaccines, but with different IC025 values,” the report said. “More in-depth assessment of narratives has not been performed for the recently reported cases.”

As research is limited, the WHO noted that precautions for the data and its interpretation will be taken into consideration.

Medical experts concluded that this particular symptom, though uncommon, should still be monitored.

“As the literature and ICSR data are still limited for this link, further monitoring is required,” the WHO newsletter stated.