Two recent examples show that scientific integrity is pretty much dead worldwide. There are only a few people left who support these principles and they’ve been marginalized by all mainstream leaders.

In this article, I am going to show two simple, but very important, examples that I believe prove, without any doubt, that scientific integrity is dead. I cannot explain the lack of outrage from the mainstream scientific community any other way.

The Journal of the College of American Pathologists published a shocking new report on Monday, Feb. 14, 2022 about the cases of two teenage boys who died following mRNA COVID-19 injections.

The report’s lead author is Dr. James Gill, the chief medical examiner for the state of Connecticut and the 2021 President of the National Association of Medical Examiners.

Both boys died in their sleep less than a week after the second dose, and neither had any known health conditions prior to death. In these cases, autopsies of the two teenagers found evidence of myocarditis.

“The myocardial injury seen in these post-vaccine hearts is different from typical myocarditis and has an appearance most closely resembling a catecholamine-mediated stress (toxic) cardiomyopathy. Understanding that these instances are different from typical myocarditis and that cytokine storm has a known feedback loop with catecholamines may help guide screening and therapy,” the report concludes.

This observation is confirmed in another recently published paper by Flavio Cadegiani, “Catecholamines are the key trigger of mRNA SARS-CoV-2 and mRNA COVID-19 vaccine-induced myocarditis and sudden deaths: a compelling hypothesis supported by epidemiological, anatomopathological, molecular and physiological findings.” Dr. Peter McCullough is familiar with Flavio’s work and told me he thought it was brilliant.

So the vaccine killed two kids in Connecticut which has around 1% of the population of the US.

Isn’t it odd that we are seeing multiple reports from one small state and complete silence from everywhere else?

Did Connecticut just get unlucky? It appears not.

Let’s extrapolate this to the US and estimate around 200 kids in the US have been killed by the vaccine.

Some people may say that that isn’t a valid extrapolation.

OK, then try this one for size:

VAERS is underreported by a factor of 41 based on my calculations. This number was recently confirmed by Joel Smalley who analyzed the Massachusetts death data. He got 40.9 (from 1759 actual deaths/43 VAERS reported deaths) which I think is close enough to my estimate.

Even if you take a very low-ball estimate of the underreporting factor (URF) of 20, you still end up with 1,280 child deaths, a very troubling figure.

So our simplistic 200 estimate just from linearly extrapolating the known myocarditis deaths in CT was an underestimate (as we expected).

Is anyone publicly calling for a halt to these vaccines for kids? No way. Not a chance. They are nearly all pushing for giving it to even younger kids.

Is anyone calling for amending the label on the vaccine to note this new information? Are you kidding? No way. AFAIK, the label hasn’t been amended in over a year.

Example #2: The CDC has been withholding unfavorable vaccine data because it might be misinterpreted

On February 20, 2022, The New York Times confirmed that the CDC was withholding data that is unfavorable to the safe and effective vaccine narrative.

Kristen Nordlund, a spokeswoman for the C.D.C., said the agency has been slow to release the different streams of data “because basically, at the end of the day, it’s not yet ready for prime time.” She said the agency’s “priority when gathering any data is to ensure that it’s accurate and actionable.”

Another reason is fear that the information might be misinterpreted, Ms. Nordlund said.

Watch this CBS news video at 7:39 where the New York Times reporter says clearly: “One of the big problems I’ve been hearing about here is that the CDC didn’t want to get some of these data out because they were worried it would be misinterpreted. And all the experts I spoke to said that this is a terrible reason because when you hide data or when you keep data from being released it actually breeds more mistrust.”

Where is the outrage?

I can’t recall seeing Robert so upset (you can tell he’s upset because he repeats himself over and over at how upset he is). Watch this video which has been viewed fewer than 100,000 times:

I’ve written earlier about the unethical silencing of one of the world’s top pathologists, Dr. Peter Schirmacher.

Nobody in the scientific community spoke out how Schirmacher’s family was threatened which caused him to be silenced about his stunning results.

Let’s be clear: the lack of outrage from the scientific community is a tacit endorsement that physical threats are acceptable for silencing scientists who have evidence that is counter-narrative.

The CDC responds by doubling down on the deception

The CDC just published a study in The Lancet Infectious Disease saying that there is no link between the vaccines and death.

Check out the BBC story that just came out, “Covid vaccines not linked to deaths, major US study finds.” The article goes on saying, “A major study of vaccine side-effects in the US found no link between two Covid jabs and the number of deaths recorded after vaccination.”

OK, then how do they explain:

The answer is they don’t explain any of these things because they can’t. And nobody is going to hold them accountable, especially the mainstream media. The mainstream press will not ask any of those questions. It is never going to happen.

One unusual side note is the choice of journal for their paper. In February 2021, the pro-vax editor of that journal, John McConnell wrote an op-ed praising the safety of the COVID vaccines. Exactly one year later, the journal announced on February 25, 2022 that he’s dead. Did he die after the booster? What did the autopsy show was his cause of death? We are not allowed to know that. Nobody is talking. You gotta love the transparency.

The silence is deafening

The silence on these issues and other evidence that is counter-narrative is deafening.

This just shows you how corrupt the systems are that so few people are speaking out publicly and showing their outrage like Malone did in the video above.

What Malone did is speak up for scientific integrity.

What others did is remain silent.

All of these institutions and individuals are keeping their mouths shut:

I don’t think any of these institutions or individuals are going to object anytime in the near future due to fear of retribution.

So the CDC can continue to withhold all unfavorable data, continue to “study” any deaths that were clearly caused by the vaccine, and everyone will continue to ignore all the safety data that is released that is in plain sight (like the Connecticut study) that is contrary to the narrative.

When will this end?

For scientific integrity to be restored, we need to have more than just Robert Malone, Peter McCullough, Paul Alexander, and several others who are outraged and not afraid to speak out.

We need people who have the courage to be on the right side of history.

I don’t know when that will happen. 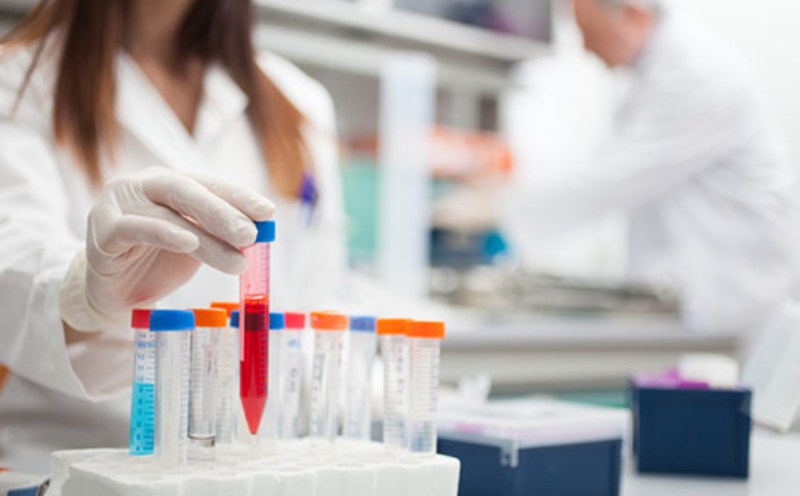 Share
Facebook
Twitter
Pinterest
WhatsApp
Previous articleBiden in 1997 Saying That: The Only Thing That Could Provoke a “Vigorous and Hostile” Russian Response Would Be if NATO Expanded As Far as the Baltic States
Next articleWhether the Australian Weather Is Caused by “Deliberate Manipulation Leading to Excessive Flooding Currently Is Speculative, However the Ability to Inadvertently or Deliberately Mess With the Weather and Motive Isn’t”