I think sometimes we forget how ridiculous this all must look to the rest of the world. But they are noticing. And once Russel Brand shares it, the whole world will now be talking… even your ‘normy’ friends might watch this. 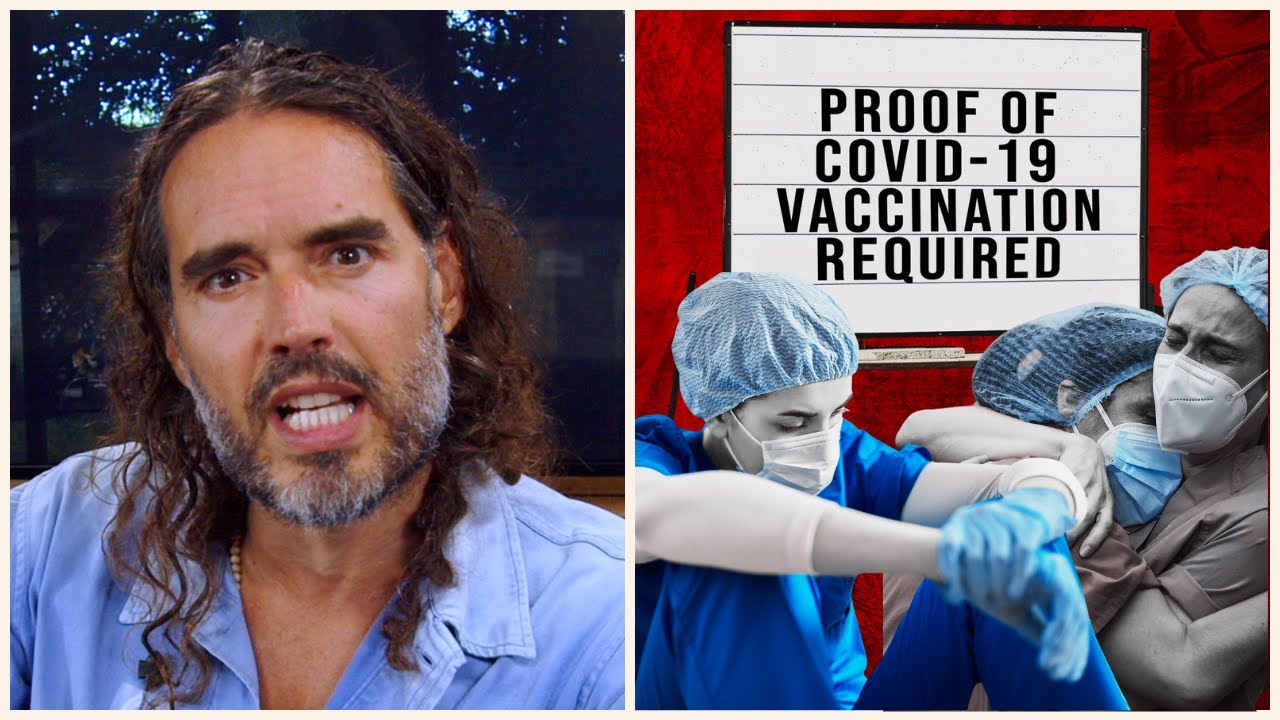 This Is A DISGRACE

As teachers in Australia learn they will have their pay cut for not getting the vaccine, how can punishing the unvaccinated continue in light of mounting new evidence surrounding vaccines, lockdowns and natural immunity?

MagycArwen
I’m Italian. A dear friend of mine in Italy was banned from teaching at public school because she was unvaccinated. After a few depressing months, she finally found other colleagues that were sick of it too and she’s now opening her homeschooling setting. Up yours, Italian government!

Dale Kemper
The problem is a lot of ordinary people jumped to and attacked anyone who didn’t comply. I lost friends, was insulted and told I was putting other people at risk. Didn’t matter I worked around Covid the whole time. I was in the rooms, transporting labs, and I was told I was terrible for not doing what the news told me to do. Good riddance to lousy friends.

DR ed
I’m an Australian.
An ex naval officer.
Everything I once believed in, and served, has died as a function of policy decisions around covid and the negative outcomes inflicted upon a peaceful population for no coherent reason.
To my brothers and sisters in uniform, the maggot politicians you serve no longer deserve the willing sacrifice necessitated by service upon you and your family.
In short, they no longer deserve you.
You deserve better.

Rosemerri Bladwell
I’m a QLD teacher. I’ve lost so much this year. My career, my livelihood, close friends, family, colleagues, and my husband. But I’m back at school with my head head high and my integrity, and immune system intact. Still to even get COVID! I’m just sooo sick of fighting and battling in every aspect of my life, this 18weeks demotion and black mark on my record is just a further blow. But one day, one day, those black marks on our record will be seen as a badge of honor. At least I know I’d be one of the people smuggling innocents in the Underground Railroad, and not on the wrong side of history!

Lizz Zee
I’m Australian and was fired from my job in March for not having the (I worked for a major bank in finance and could do my job entirely from home). I’ve only just started a new job this week as so many companies were enforcing mandates. Despite how traumatic the whole thing was I am so grateful to still have my health and really liking my new job so far.

Brandon Frick McDade
To anyone here who stood firm and rejected the pressure of getting the jab because you knew deep down that something wasn’t right; I salute you.

Michelle Rueff
Absolutely insane. To know that I can travel to Australia unvaxxed without even declaring my status (which is great btw compared to canada) yet teachers are still mandated? Ever since the beginning so many discrepancies/hypocrisies, the transparency of how idiotic our administrative processes are…penalising those workers in those departments where there is a constant staff shortage.
I do so love Russell’s Aussie mimicry, hilarious!

Hi
As an Australian the last 2 years has made me realise that this country is pretty much a dictatorship. Alot of the population a fooled and agree with all of this.
Pretty much all of my family could not believe that I chose to loose my job than get the jab etc.
This country has fallen in my opinion.

Ali
It’s worse than that here in Australia unfortunately, I lost my job in retail for not complying with the vax mandates after 21 years in the role. They were happy for me to work every day during the worst of the pandemic lockdowns here in Melbourne until the vax was rolled out. They still have their mandates going. Still can’t get a job in retail if you haven’t complied with two doses of an outdated shot, even though anyone can shop there. I don’t understand what they base this discrimination on….it’s madness!

Tony Bloomfield
“Everyone has the right to make a choice about whether or not to get vaxxed, but no one has the right to be free from the consequences of that choice, and these have been set out a long time coming and they’ve had their pay docked for the six months running up to this,” – Federal Aged Care Minister Anika Wells. Only George Orwell could come up with a better line.

Nikolaos Sidiropoulos
In Greece, a country with one of the harshest lockdowns and some of the most repressive covid measures in the world, some thousands of healthcare workers continue to be suspended from work for more than a year. At the same time, the whole healthcare system is collapsing under severe understaffing problems. The closely related to wef government doesn’t care, it has other priorities…or shall I say obligations

Daina Webb
(30 yrs secondary teacher- Sacked, Aust.), Australia stood down via mandates 26,000+ teachers in Jan 2022. They began 1st round of “sacking for non- compliance” April 2022. July 2022 those not sacked we’re invited back to teach (not in their original position which has since been filled).

Shakes
I’m a nurse who faced firing over the vaccine after I worked as a Covid nurse throughout the worst days of the pandemic. Fortunately because my entire shift stood firm in their refusal we were allowed religious exemptions. I can’t believe how punitive the authorities have become especially in New York where police and nurses were denied unemployment despite being fired. It’s outrageous. I am still prepared to lose my job over it. My health and life are more important.

GlobalClubber
Thanks for having the courage to speak up about this nonsense. It’s so sad to see that someone who is motivated by the love for what they do, and not by money, is being forced out of a system that needs people who do it for the love even more these days.