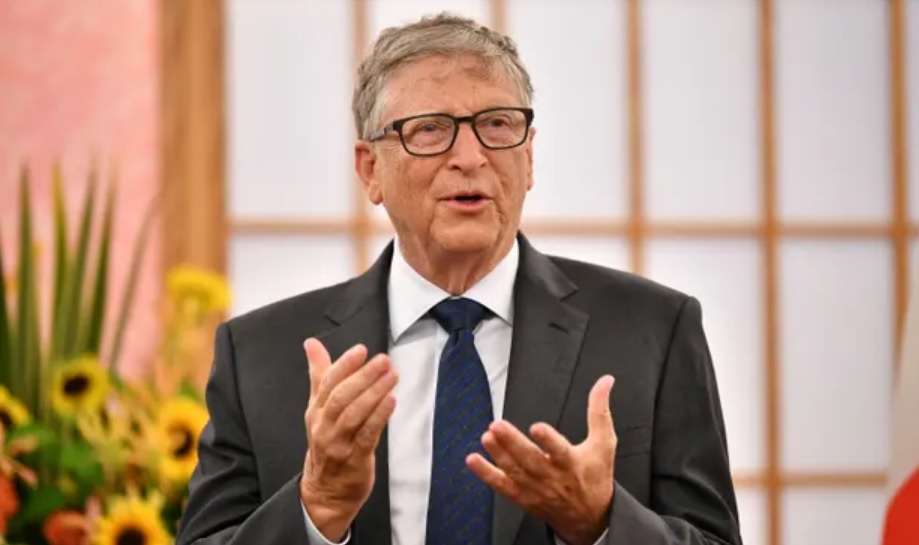 Since the Covid pandemic, Bill Gates and Melinda French Gates have put another $20bn into their foundation, bringing the total endowment to $70bn.

‘The Strain is the Worst of My Lifetime’: How Bill Gates is Staying Optimistic

Covid and Ukraine war were major setbacks in pursuit of global development goals, philanthropist admits, but cutting back on aid would be ‘tragic’.

The figures are bad, progress has stalled and all the trends that had been building hope in the world becoming a fairer place are showing sharp about-turns. Yet Bill Gates, who has poured billions of his own dollars into eradicating poverty, remains “optimistic”.

“It would be awful to turn away just because we’re getting bad grades due to unexpected setbacks,” he told the Guardian in an exclusive interview ahead of Tuesday’s publication of the annual Goalkeepers Report from the foundation he co-chairs.

As the UN general assembly prepares to meet in New York next week, the report makes clear that most of the 17 sustainable development goals agreed by member countries in 2015, a “shared blueprint for peace and prosperity for people and the planet”, will miss their 2030 deadline. “When we set the goals, we definitely did not expect something like the pandemic,” said Gates.

“If we keep funding development aid properly we’ll get back where we were before the pandemic within a couple of years and build from there. But at best you can say it was a three- or four-year setback. In some areas, even worse.

“If you just look at rates of childhood vaccinations then the pandemic was a huge setback,” he added. “We’re back at 2009 levels of vaccine coverage.”

But keeping funding flowing is key, and Gates fears generosity towards Africa’s needs could be affected by “costs and distraction” from the Ukraine war. Another distraction during the Covid pandemic was that the 66-year-old Gates became a target for conspiracy theorists.

“There have been a few cases where I’ve run into people in public where they are yelling at me that I’m putting chips into people and that’s kind of strange to see: ‘Wow, those people really exist, it’s not just some robot sending out crazy messages.’

A mother waits for her child’s measles vaccination at a clinic in Harare, Zimbabwe. Measles, among the world’s most infectious diseases, has been curbed through childhood vaccinations.

“I think it is starting to die down,” he said. “I hope so, it’s tragic if it made people more reluctant to trust vaccines or to wear a mask where they should have.

“It was quite a phenomenon; here in the US, it focused on myself and Tony Fauci, and internationally it was more just me because they didn’t know who Tony was, he really missed out on that!

“But you know in some ways you don’t want to make fun of it either. Although it’s the only way rationally to deal with it, it is pretty serious stuff. The innovations on how you get the truth have to be as interesting as the big lie – we face that in a number of domains, and I haven’t seen as good a solution as I think we’d all like to see.”

In July, the Microsoft billionaire and his ex-wife Melinda French Gates announced they were putting another $20bn (£17.1bn) into the charitable foundation they continue, post-divorce, to co-chair. How harmoniously, few in the pair’s large purpose-built Seattle headquarters are close enough to know, but it brought the total endowment to $70bn and it shows no sign of faltering in being a major player in the fight against poverty, particularly in Africa, and is raising its annual budget by 50%.

‘You don’t want to make fun of it. Although it’s the only way rationally to deal with it, it is pretty serious stuff’ Bill Gates on ‘crazy’ Covid conspiracy theories

“It is about human lives, it’s about a child surviving, it’s about women being given the opportunity to be educated and to be part of the economy, and it’s about people not having enough food,” said Gates.

“Even before the pandemic, agricultural improvement for Africa, giving them the best seeds possible, was dramatically underfunded. Yet Africa has over 30% of children malnourished, which means their brains and bodies never fully develop, and that’s about the agricultural system. Poor food doesn’t make sense because the cost of land, the cost of labour, is low, so farming should be their advantage.

“But the fact that they are facing, because of climate change, far more difficult growing conditions than ever and that that climate change was completely caused by rich-world greenhouse gas emissions … if the world is at all serious about climate adaptation as opposed to mitigation, then we’d certainly be funding a seed research system. We’d be fully funding that.”

Rice husks are burnt in a kiln to make a soil improver from farm waste in Mwea, Kenya. Prices of chemical fertilisers rose when the Ukraine war began.

The foundation has shifted emphasis towards farming in recent years – something that has attracted criticism and controversy. Some African voices have expressed concern about not having a space at the table for discussions, while small-scale farmers fear that their environmental worries might be overlooked in the push towards big agriculture and corporate, science-led interventions.

Gates has what has been described as an “evangelical” attitude towards gene editing technology. “Africa needs to feed its rural populations, it needs to feed its urban populations, and when you get food shortages, it’s not just the malnutrition and potential starvation which is bad, you also get incredible instability and that feeds into not being able to build infrastructure or run your education system.

“So for Africa, particularly in the area we call the Sahel, it’s a dire situation and the only offset to that is that we could, if we are intent on it, make Africa self-sufficient in 15 years,” he said.

“But we have to give better farmer education, better access to fertiliser and better seeds, and when those things come together, not only for the male farmers but also for the female farmers, then you see’ll huge productivity increases.”

As the slew of problems the world faces fans out ever wider, it makes it harder to decide where budgets can be best spent. “Absolutely, we’re feeling that pressure – just the Ukraine war alone, you want to spend more money on defence, you want to subsidise electricity, you want to fund refugees, you want to help with the acute food crisis.

‘It’s literally about millions of lives and the very stability of these African governments … Aid has overall been very, very effective’

“Which is somewhat different to helping with the long-term Africa productivity crisis, so the strain on budgets, particularly European budgets, is greater today than anytime in my lifetime.”

But cutting back on health spending, he believes, would be “tragic”.

“In the two keys areas of health and agriculture, the impact on saving lives and creating stability is very, very dramatic.

“I wrote a memo when I put the extra $20bn into the foundation, saying ‘I’m not doing this because the near term looks super-rosy’, and that’s true, I’m doing it because these are important issues and in the long run I still am an optimist, that the war will end, the innovation pipeline and the kind of progress we saw until the pandemic in reducing malnutrition, reducing child death and getting digital bank accounts for women, will return. We were making progress and we can again.

“Overall, it is a very challenging situation but we’re asking people: ‘just because it’s tough, don’t turn away.’ It’s literally about millions of lives and the very stability of these African governments that, when things go well, they are able to lift their country out of poverty and become self-sufficient. Aid has overall been very, very effective.

“In the face of all these bleak developments,” he said, “the need to invest, to get the better tools, to get back on track, is very important.