Everybody Knows What’s Going On. We Are Approaching the Tipping Point

Everybody Knows What’s Going On. We Are Approaching the Tipping Point 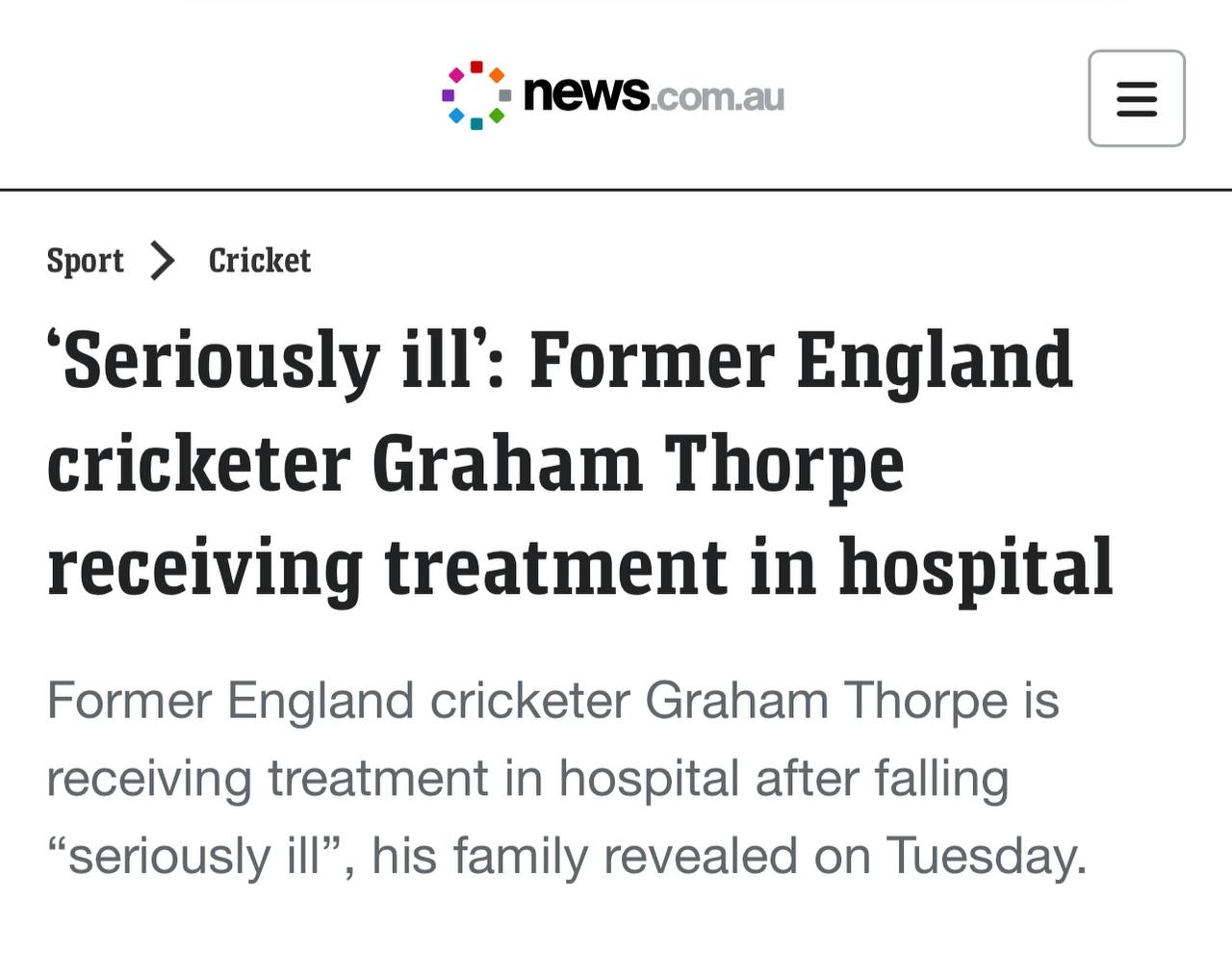 Everybody knows what’s going on.
We are approaching the tipping point.

The 52-year-old, who represented England in 100 Test matches between 1993 and 2005, was recently appointed as the Afghanistan men’s head coach.

“Graham Thorpe has recently fallen seriously ill and is currently in hospital receiving treatment,” the Professional Cricketers’ Association said in a statement on behalf of Thorpe’s family. 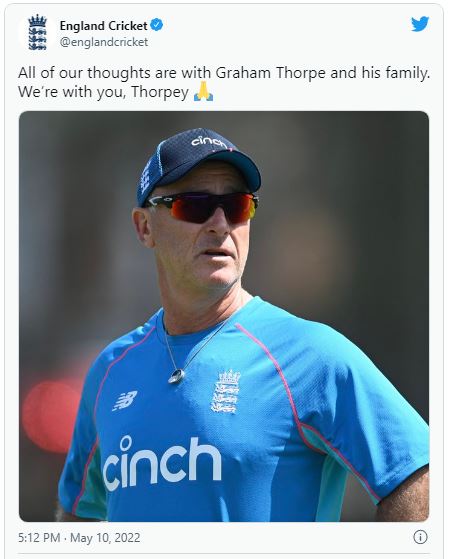 Thorpe served as the England men’s batting coach from 2010 to 2022 before stepping down from the role in February after last summer’s tumultuous Ashes tour.

He led England during the New Year’s Test at the SCG after head coach Chris Silverwood tested positive to Covid-19 – it was the only match of the five-Test series that England did not lose.

Thorpe’s coaching career began in New South Wales, where he worked with the likes of Steve Smith and David Warner before accepting a role with the England and Wales Cricket Board.

Thorpe represented England on 182 occasions, including 82 ODI matches, after making his international debut in 1993. Thorpe cracked a century on Test debut, scoring an unbeaten 114 against Australia at Trent Bridge in the third match of the 1993 Ashes series.

He also boasts an impressive first-class career with Surrey, scoring 21,937 runs in 341 appearances for the county side.

“The thoughts of everyone at the Club are with Graham, his wife Amanda, and family at this time,” Surrey County Cricket Club said in a statement.

“He is an icon of the English game, known by millions of cricket fans and forever a favourite son of Surrey CCC.”