As you might expect, the current White House occupant is about to rake in boatloads of cash from the new monkeypox “vaccines” that are currently under development.

The Penn Biden Center, a globalist think tank at the University of Pennsylvania Hospital, is receiving a flood of cash, we now know, to create the next wave of plandemic injections at warp speed. And as its name suggests, the Penn Biden Center is directly tied to the Biden Crime Family.

Patrick Howley told Owen Shroyer during a recent live transmission of “War Room” that the pharmaceutical-industrial complex is greasing the skids for the Biden Crime Family to profit heavily from the monkeypox false flag event that is now unfolding.

“The University of Pennsylvania, which hosts Joe Biden’s think tank the Penn Biden Center and paid Joe Biden in the lead-up to his run for president, got paid by the company Bavarian Nordic to perform a clinical trial on the Bavarian Nordic monkeypox vaccine,” stated an article by Howley that was published by National File.

The Penn Biden Center, by the way, is financed by UPenn’s general funds. The MVA-BN jab being tested there is known in the United States as the Jynneos monkeypox vaccine.

A 2014 document further revealed that UPenn is being paid directly by Bavarian Nordic, which received $100 million in U.S. taxpayer funding from none other than career government employee Tony Fauci.

Biden reportedly joined UPenn in 2017, a year after leaving the vice presidency. It appears as though the monkeypox scam was being concocted under the cover of darkness while then-President Donald Trump hyped up the Wuhan coronavirus (COVID-19) and pushed scam “vaccines” for it under Operation Warp Speed.

Now, Biden has been handed the baton for Plandemic 2.0, which will include its own set of scam jabs and possibly many of the same oppressive restrictions that were imposed for COVID.

UPenn also generated plenty of cash from COVID, we now know. The school was paid licensing fees by BioNTech, Pfizer’s injection partner. The more injections Pfizer-BioNTech sell, the more money the school makes. And if Biden’s Food and Drug Administration (FDA) grants full approval for the injections as expected, then both UPenn and Biden will rake in even more cash.

This is thanks to a deal that UPenn forged back in 2018 when Biden worked for the university.

According to financial documents obtained by the File, the Penn Biden Center receives regular “milestone payments” from the sale of Pfizer-BioNTech injections, as well as from each new FDA approval for them.

UPenn is closely tied to communist China, it is also important to note, as is the entire Biden Crime Family.

“With Joe Biden able to return to the Penn Biden Center after his presidency, Biden puts himself in a position to personally profit from the vaccines he is pushing,” Howley explained. “Pfizer-BioNTech is trying to get a new authorization for a child booster for 5 to 11 year olds.”

“Under the watch of UPenn President Amy Gutmann, massive amounts of money have flowed into the university’s funds apparently to import students from around the world including from Communist China and the ‘People’s Republic of China’ with administrator notes including ‘MAKE SURE STUDENT IS FROM CHINA.’”

Clearly the crime ring runs deep, and it has fully invaded Washington, D.C. Keep that in mind once the monkeypox jabs start getting pushed the same way COVID jabs were. 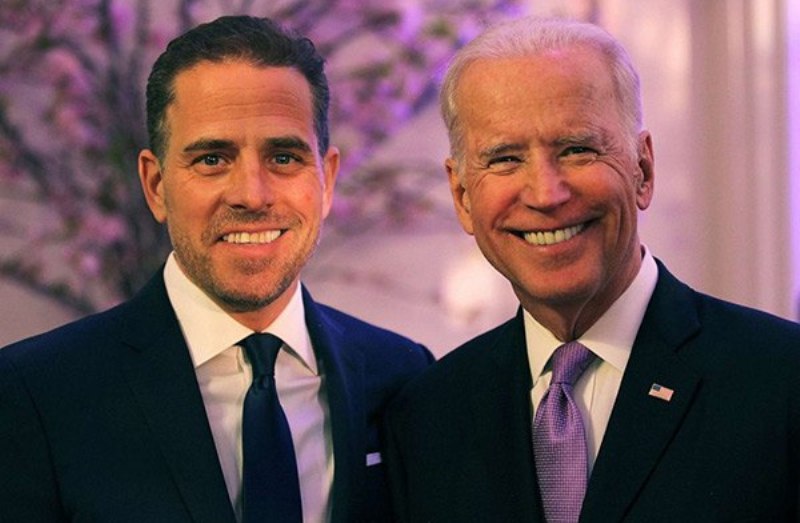