Another 18 British children have fallen ill with the mystery hepatitis that has caused a spate of cases around the world. 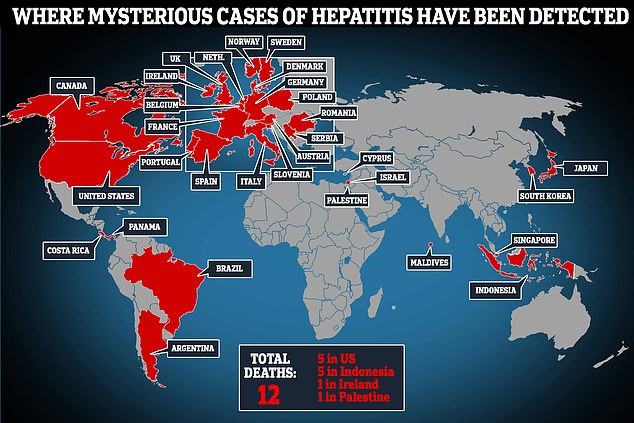 Health officials announced the new cases today, bringing the cumulative UK total to 240 since the first was spotted in January.

They are predominantly in children under five — but a ‘small number’ of children aged over 10 have also been struck down.

Scientists still do not know what is causing the life-threatening liver disease, but they say the chief culprit is a strain of the common cold.

A leading theory is that children’s immune systems have been weakened because of lockdowns and school closures during the pandemic.

The complication has been spotted in around 650 children in Europe, the US, South America, Middle East and Asia.

‘Maintaining normal hygiene measures, including making sure children regularly wash their hands properly, helps to reduce the spread of many common infections, including adenovirus.’

The normal culprits – hepatitis A, B, C, D and E viruses – have been excluded from laboratory test results of recent cases. 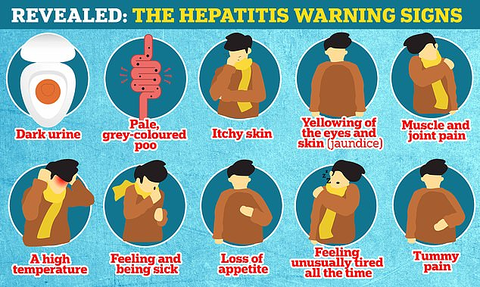 Experts are now working under the theory that they are being triggered by a group of viruses that normally cause the common cold, known as adenoviruses.

It is unclear if a mutated strain of adenovirus has evolved to become more severe, or if a lack of social contact during the pandemic has made children more vulnerable to existing strains.

Dr Makki: ‘We continue to remind everyone to be alert to the signs of hepatitis – particularly jaundice, look for a yellow tinge in the whites of the eyes – and contact your doctor if you are concerned.’

UKHSA officials said there is no evidence the Covid vaccine is involved as most cases have been in children under five years old, who have not been jabbed.

They are due to release a preliminary findings report next week.

Symptoms of the complication normally start with diarrhoea or sickness. It then can cause the skin and eyes to turn yellow.

The US has recorded 216 cases across 37 states, with Mississippi and Utah the latest to be added to the growing list.

No new deaths or liver transplants were reported over the last seven days, the Centers for Disease Control and Prevention (CDC) revealed in their weekly update with the totals remaining at 14 and six respectively.

The agency has not revealed where the fatalities occurred due to ‘confidentiality issues’, but at least one was registered in Wisconsin health chiefs in the state say.

Globally, the UK has now recorded the most confirmed and suspected cases out of any nation — although this may be because of stronger surveillance than other nations.

Top experts fear health chiefs won’t understand what’s behind the peculiar pattern — which has been sickened at least 520 children worldwide since March — for months.

While mild liver inflammation is not uncommon in children, severe illness as seen in these cases is.

The mysterious liver inflammation has also been more than 200 cases in the US across 37 states. 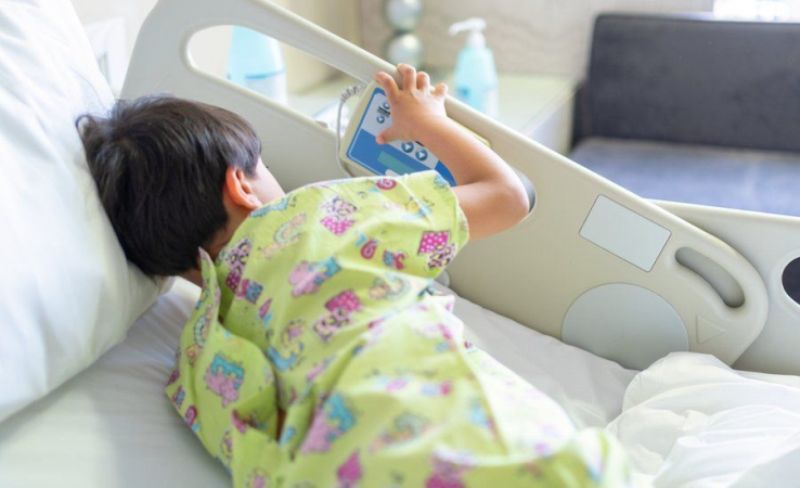