ABIM: “There Shall Be No Public Accountability on Our Decision to De-Certify Dr. McCullough”

ABIM: “There Shall Be No Public Accountability on Our Decision to De-Certify Dr. McCullough”

According to the ABIM, there is no need for a public forum between experts to determine what constitutes misinformation. That determination is made by the ABIM and its hand-selected doctors. 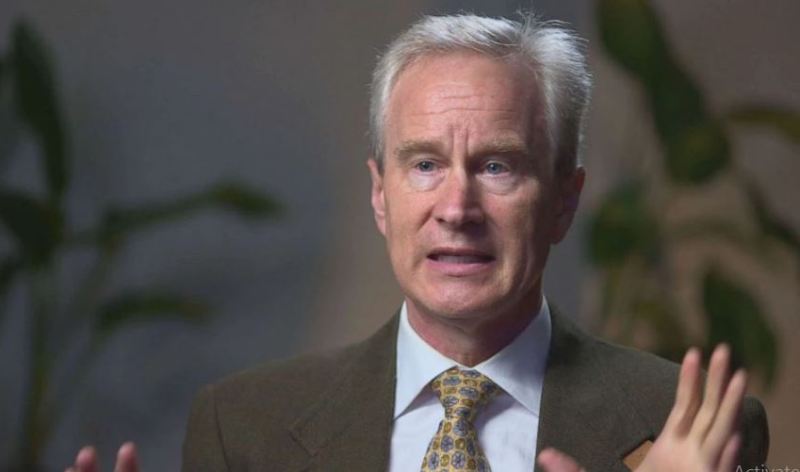 The American Board of Internal Medicine is seeking to take away the board certification of Dr. Peter McCullough for spreading misinformation.

ABIM contacted Dr. Peter McCullough in a letter dated May 26, 2022 notifying him he is accused of spreading misinformation and started an investigation to remove his board certification. See 0:24 in this Highwire episode for the ABIM letter.

Senator Ron Johnson heard about the letter and sent a letter dated June 15 to Dr. Richard Baron, President & CEO of the ABIM where he politely offered to host an expert panel of doctors in Washington DC to resolve what the science actually says, similar to the widely popular “A second opinion” panel he hosted, but this time with scientists on both sides. See 3:36 in this Highwire episode for Johnson’s offer.

Note that Johnson’s original panel invited scientists on all sides but nobody was willing to support the false narrative so it ended up being one-sided, but not for lack of trying.

ABIM refused Johnson’s offer. Dr. Baron sent Senator Johnson a “thanks but no thanks” reply saying they are perfectly capable of disciplining Dr. McCullough, without any outside assistance. Dr. Baron said that the discipline procedure is private (even though McCullough waives all privacy), ABIM doesn’t want anyone to know. ABIM and its appointed panel of doctors will make all decisions on de-certification. They do not need to hear from scientists with opposing views on what constitutes misinformation, nor do they want to.

In other words, ABIM will make scientific assessments in private, behind closed doors, using a panel they appoint. They will not be held accountable to any public scrutiny. So there!

In an earlier article, I wrote that Peter McCullough was notified that the American Board of Internal Medicine wants to strip away his board certification because Peter said things that were true at the time he said them and some of them turned out later not to be true. Basically, because Peter cannot predict the future, he’s guilty of spreading misinformation.

However, it’s interesting that the same is true for all physicians certified by ABIM. Those physicians told people that the vaccines would protect them against getting COVID and we know now that is not true. These physicians also told people “masks work” which gave people a false sense of security and increased COVID rates, causing deaths. They also told patients that early treatments such as HCQ and ivermectin don’t work. And when the vaccines are finally generally recognized as the most dangerous vaccines ever invented, ABIM will be forced to decertify itself if it has any ethics left at that point.

So instead of going after THOSE physicians, ABIM is targeting Dr. McCullough.

Senator Ron Johnson heard about the letter and offered to host a panel of doctors in Washington DC to resolve what the science actually says.

The President of the ABIM responded saying it’s a private process, they decide on what constitutes misinformation, and there shall be no public accountability in their process. They are the judge, jury, and executioner. Peter can have a lawyer, but they appoint the jury. It’s all done behind closed doors. What constitutes “misinformation” shall be exclusively determined by a board of doctors THEY appoint. They have absolutely no interest in facilitating a public forum to hear from experts on both sides. They only want to hear from THEIR experts. And if their experts rule the wrong way, they will take away the certification of those experts, so it’s an absolute fair process designed to impartially determine truth. No pressure at all on the doctor panel of judges, see?

That’s just the way it goes.

The pathetic lack of reaction from the mainstream medical community

See any mainstream doc cheering on the ABIM? Nope.

See any mainstream doc defending Dr. McCullough against this over-reach by the ABIM? Nope.

Doctors are sheep. They follow what others do and don’t speak out. Nothing to gain by speaking out. You don’t want to lose your license too!

Since any specialty board is a private organization that is not accountable to anyone, they can technically do whatever they want.

ABIM doesn’t want a public debate on “misinformation” because it would expose the hypocrisy. Everything is being done behind closed doors and the judges are all appointed by ABIM. It’s a rigged system. Corruption at its finest. Any judge who bucks the system will have their certifications revoked.

It’s the same corrupt system with the outside panels of the CDC and FDA: if you rock the boat, you’re off the outside committee. The accountability is backwards. It should be to the people.

When there is no public accountability, bad stuff happens.

Dr. McCullough should receive an award from the ABIM for having the courage to stand for truth and science, not this awful letter and sham trial.

Perhaps Dr. McCullough, Kory, and others will create a new private medical board named something like “American Board of Honest Physicians” or something like that. What do you think?

In the meantime, Peter should be able to recover damages in real court should ABIM decide to decertify him.