All a state has to do is MANDATE autopsies for anyone who dies within 2 months of a vaccination. The Medical Examiner would be required to make the results public.

If they really wanted to end vaccine misinformation, all they need to do is require autopsies that check for vaccine injury and publish the results

If they truly wanted to end vaccine hesitancy, all they have to do is require autopsies if you die within 60 days of vaccination and require the medical examiners to make the required tests to determine vaccine involvement (as doctors Bhakdi and Burkhardt have done) and publish them. Publishing a fraudulent report would be a criminal offense.

This would end the debate.

Or they could simply require all licensed embalmers to check for the telltale clots and make the numbers public. Again, it would be a crime to falsify reports.

Or they could do both.

Why don’t they do this?

I’ll tell you why they don’t do it: They don’t do it because they know the results would be devastating and would immediately halt the vaccine and discredit the FDA, CDC, the entire medical establishment, virtually all members of Congress, and the mainstream media.

Why doesn’t Florida Governor DeSantis require this in Florida? What is he afraid of? Why doesn’t Governor Newsom require this in California? What does he have to fear? DeSantis would be the most likely of any governor to do this. He could be a world hero if he did this.

Nobody wants transparency of the data. They all want to keep you in the dark.

My suggestion isn’t limited to the US.

Any public health official anywhere in the world could order this: local, state, federal.

A state or federal legislature could require it.

Any member of any legislature could introduce a bill.

Why are California Assemblymember Evan Low and state Senator Dr. Richard Pan doing nothing? They have said they want to end medical misinformation. This is a perfect opportunity for them to walk the talk!

Any public official could call for this: a mayor, city council member, board of supervisors, etc.

Pfizer and Moderna CEOs could call for this to prove to the world that their product is safe! What do they have to lose??

Any mainstream newspaper in the world could call for this.

Instead, you’ll get excuses like “we’d love to do this but don’t have the resources to do it.” Fine. Do 1 out of 10 autopsies picked randomly. Or 1 out of 100. Or cut the time to die to qualify to within two weeks after any COVID vaccine. Or shorter

Instead of autopsies they rely on censorship: using hand-waving arguments to create fear, uncertainty, and doubt to discredit any study showing data that doesn’t fit the narrative

Instead of collecting the data in plain sight, what they do instead is write bogus fact checks such as this one from Reuters: Fact Check-A four-page, yet to be peer-reviewed paper is not proof that COVID-19 vaccines cause 93% of deaths that occur after inoculation.

Here’s what you need to know about that so-called “fact check”:

I dare any fact checker from Reuters to call me up on the phone and have a conversation with me about the Bhakdi study or defend why we shouldn’t mandate autopsies so we can collect the information.

The government doesn’t want you to know the truth about vaccine safety. If they did, they would mandate autopsies and the required tests.

No government or public health official in the entire world will do anything to expose the truth about why people are dying after being vaccinated. Not at the federal, state, or local level. Nobody will do this because they will be fired immediately for suggesting that we should find the truth.

It’s not that they want to kill you. It’s that they don’t want you to know that they made a huge mistake by ignoring all the safety signals from doctors, VAERS, patient reports, and studies like those done by Dr. Peter Schirmacher, Dr. Sucharit Bhakdi, and others. Those doctors that did those studies have absolutely nothing to gain by lying to the public.

Dr. Peter Schirmacher is one of the world’s top pathologists. He believed the vaccine was safe because he was vaccinated himself before he did his study. He can’t be considered an “anti-vaxxer” by any stretch. Nobody can explain how he found what he did if the vaccines are safe. His family was threatened if he continued to speak out. So he stopped talking. That’s the way science works today.

The Federal Association of German Pathologists is also urging more autopsies of vaccinated people. This is the only way to exclude or prove connections between deaths and vaccinations, says Johannes Friemann, head of the autopsy working group in the association. However, from his point of view, too little autopsies are carried out to speak of an unreported number. “You don’t know anything yet.” General practitioners and health authorities need to be made aware of this. The federal states would have to instruct the health authorities to order autopsies on site. The Federal Association of Pathologists requested this in a letter to Health Minister Jens Spahn (CDU) in March. It went unanswered, says Friemann.

So the German pathologists want to know the truth, but clearly the government of Germany doesn’t want anyone to know, so they silenced Schirmacher and ignored the pathologists.

I hope that everyone reading this will share this on your social media accounts.

This article is simply a call for medical transparency which shouldn’t be a violation of “community standards.”

Perhaps your blue pill friends can explain to you why all these autopsy studies, all independent of each other, are finding such troubling results and why no government or health authority wants to know the truth. Ask them if it is OK to simply ignore a 40% rise in death among those under 65 and not investigate to determine the cause. 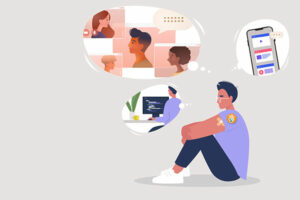