I need your help to verify this incredible story. I heard it from a reliable source who knows one of the family members of the deceased. It’s not the kind of story you joke about. PAC won’t talk. 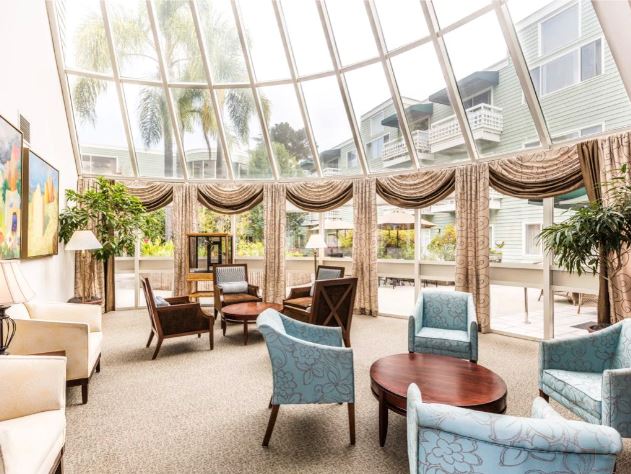 Recently, I heard an incredible story of vaccine injury that is a stunning example of why the vaccine isn’t safe for anyone, no matter how young or old you are:

Nine residents of Palo Alto Commons were given the jab and less than 1 week later, six were dead.

One of the dead was a former Federal Judge: Joan Stevenson Brennan Passell, but there was no obituary I could find. You can call up the public records office and, if you have a name, you can verify the deceased which I will do tomorrow.

When she didn’t return my call, I visited the facility, saw her going to lunch, walked up and introduced myself as a journalist working on a story, and asked her to verify the information about the jabs and the deaths. She said I would have to send my request in writing.

Here’s what I wrote:

Can you provide me with the number of Palo Alto Commons residents vaccinated each month and the number of residents who were vaccinated who then passed away (or who were no longer a resident) within 4 weeks of the shot? While you are not required to supply this information to me, I would hope that as a human being you would realize that such information can save lives.

After I did that, she promptly responded with the following note:

Due to confidentiality reasons and HIPAA considerations, we are not at liberty to comment one way or another on our resident’s current or past status as it relates to their health, COVID situation or vaccination status.  While we appreciate your concern and interest, we kindly refer you to the Santa Clara County Public Health Department, who is probably better suited to provide you with the type of information you mentioned below. The SCPHD information is listed below.

The information I requested is not covered by HIPAA or confidentiality since no personally identifiable information was ever requested.

Isn’t it funny that when COVID hits, we have exact numbers of people dying from COVID that are released. But when the vaccines hit the same facilities, the deaths from the vaccine suddenly becomes confidential. Explain that for me please!

Why I think they are hiding something

In my opinion they are hiding this information just like every other nursing home.

The reasons I believe this are:

I’ve heard the local Walgreens comes in and give the shots to the residents there.

Can anyone help me shine some light on what happened?

I would be happy to supply financial incentives as necessary so that we can verify the story.

A civil wrongful death lawsuit brought by a family member of one of the deceased is another way for us to shed some light on what happened here. I’ve heard that these suits can have million dollar settlements.

Norway’s nursing home residents die days after first COVID shot details 23 deaths after vaccination. All were due to the vaccine. Hmm…

Yes, I already engaged one a week ago.

There is this VAERS report which is one of a series of 6 deaths reported to VAERS after injection at a elderly care home.

I wonder if the story was relayed incorrectly and that there were 6 deaths within 5 weeks of the vaccine.

The VAERS IDs are:

Reporter stated that So, he doesnt exactly know. His grandfather was the first phase to get the Pfizer vaccination (Confirmed as Pfizer Covid 19 vaccine) back in March (Further not clarified). He was in a residential home with 5 other elderly residents with him. They all got vaccinated with the first Pfizer shot (Confirmed as Covid 19 vaccine) and they all died within the 5 weeks after their first shot. Honestly the only thing that he can pinpoint with my aunt and other people and loved ones we have talked to come together because only two of the residents were on hospice and the other people were not on hospice. They should not have died they just died. he doesnt know if it was a side effect, he knows if it was a reaction but all of the six residents that got vaccinated died within their first vaccination shot. Within the 5 weeks after the first vaccination. He was not sure other residents got the second vaccination, but his grandfather died 09Feb2021. Reporter stated he only have detail for his grandfather and other residents, and they died in their sleep supposedly. They died in their sleep. Both of them died in their sleep (Further not clarified hence not captured in tab). He just feels, his grandfather was not on hospice he was healthy considering the underlying problem that they had but they were supposed to get vaccinated with the Moderna and the day that we got there they changed the vaccination to Pfizer. So, they had the on-duty nurse there to answer any of the questions that we had. We asked then all the questions we had. We felt ok with it, everybody got vaccinated that day. My grandfather died within a week and a half after his after vaccination. So, he didnt get the second and by the middle of march their resident also died. The only thing I can tie to it is the first dose of Pfizer vaccination.

Share
Facebook
Twitter
Pinterest
WhatsApp
Previous articleIs Facebook Really What It Says It Is, and Is Zuckerberg Really a Self Made Billionaire?
Next articleDodgy Australian Government Agencies, Deliberately Leak Information to Mainstream Media, So They Can Write Up Stories on Their Whistleblower Targets, To Silence Them