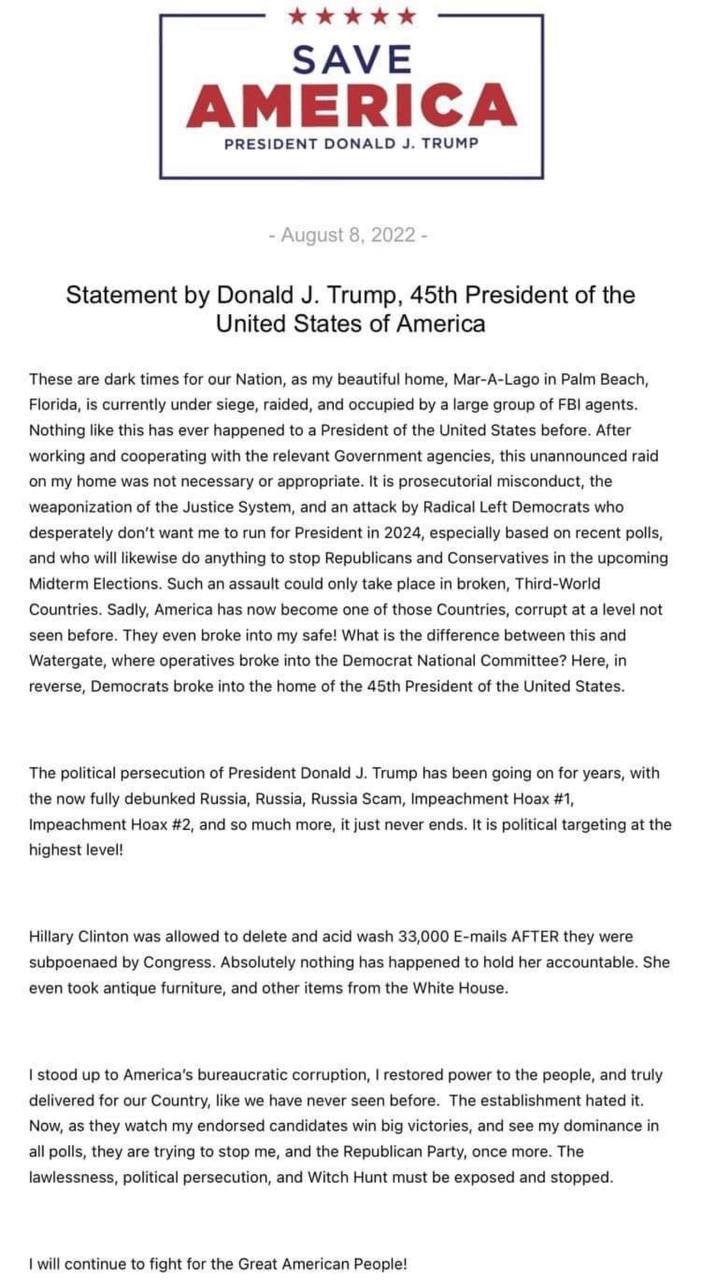 Australian National Review Founder says “The United States falls to new lows under Biden and the loony left-
Trump’s house was raided by FBI Agents.
It’s not about if you like Trump or not.
This just highlights how corrupt the US has become

The sitting President is protected by the FBI for his money laundering and corruption with Ukraine via his son Hunter Biden, yet the former President who exposed the corruption is targeted instead.

For those foolishly thinking the West is still a democracy then when will you decide it’s time to fight for our freedoms?

Trying to please fake friends on social media while your country is under attack and burns won’t save anyone.

Rid the West of our Globalists puppets and China of the CCP then the world will become free. “

These are dark times for our Nation, as my beautiful home, Mar-A-Lago in Palm Beach, Florida, is currently under siege, raided, and occupied by a large group of FBI agents. Nothing like this has ever happened to a President of the United States before. After working and cooperating with the relevant Government agencies, this unannounced raid on my home was not necessary or appropriate. It is prosecutorial misconduct, the weaponization of the Justice System, and an attack by Radical Left Democrats who desperately don’t want me to run for President in 2024, especially based on recent polls, and who will likewise do anything to stop Republicans and Conservatives in the upcoming Midterm Elections. Such an assault could only take place in broken, Third-World Countries. Sadly, America has now become one of those Countries, corrupt at a level not seen before. They even broke into my safe! What is the difference between this and Watergate, where operatives broke into the Democrat National Committee? Here, in reverse, Democrats broke into the home of the 45th President of the United States.

Hillary Clinton was allowed to delete and acid wash 33,000 E-mails AFTER they were subpoenaed by Congress. Absolutely nothing has happened to hold her accountable. She even took antique furniture, and other items from the White House.

I stood up to America’s bureaucratic corruption, I restored power to the people, and truly delivered for our Country, like we have never seen before. The establishment hated it. Now, as they watch my endorsed candidates win big victories, and see my dominance in all polls, they are trying to stop me, and the Republican Party, once more. The lawlessness, political persecution, and Witch Hunt must be exposed and stopped.

I will continue to fight for the Great American People! 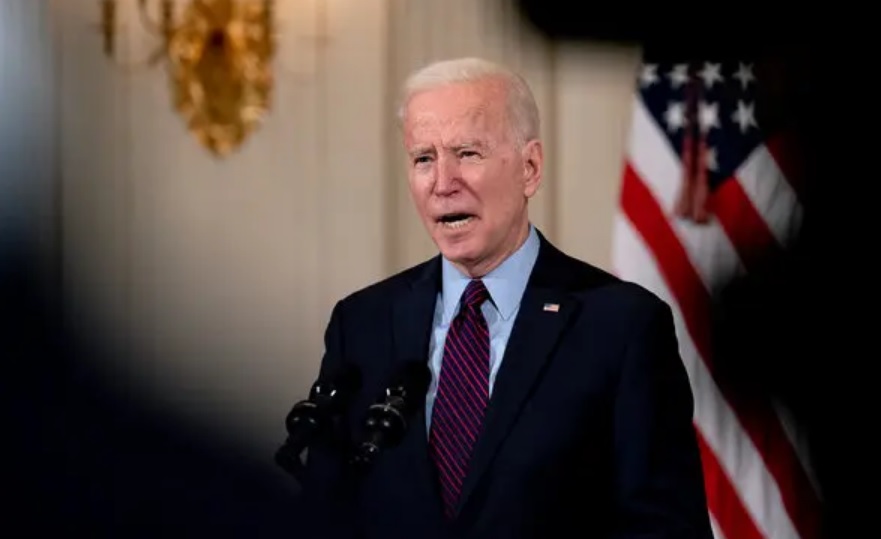