ANR Founder says the below idea is one that can make a difference.
The Globalists have ensured Independent Media has lost most of its funding, even Brietbart advertisers were attacked to defund them and in the US they are trying to have Tucker Carlson and Fox News defunded and banned.

So use their strategies on them. Inform mainstream media advertisers you’ll dump their product and hold them complicit.

We need Just One Focus – Slaying the Media Dragon

Media is a powerful communication tool used effectively for decades to influence public thought and behaviour with both good and evil intent, BUT few people realize that it’s also fragile and highly vulnerable. Trust, reputation and quality content builds audience and loyalty, which then translates on commercial platforms into revenues.

We have been deceived into believing that media owners are the all powerful, fully informed, single source of truth. In reality, the only power they have is that which WE THE PEOPLE, being their audience and sponsors unwittingly grant along with the ‘truth’ we foolishly accept.

With the realization that media depends solely on audience size and advertising revenues for its existence it’s easy to see that by simply eroding that audience and revenue base their perceived power base collapses.

Media ownership has in recent years been concentrated into the hands of a small group of globalists. Tight control now ensures that the message (narrative) supporting their tyrannical agenda is scripted by a single source and regularly distributed to thousands of outlets globally.

Their lies, whether they relate to politics, virus, pandemic, climate change or war are based on fear and emotions and repeated constantly across all media platforms cleverly disguised as trusted NEWS or expert opinion. At the local level the outlets further disguise the nefarious intent of the narrative by blending it sneakily with local events. Constant repetition ensures that the message and the fear becomes so deeply ingrained in the human psych that it’s difficult to change the opinions or behavioural patterns of a gullible audience. The result is an effective psychological weapon that has been used for decades to shape and control the minds and behaviour of the masses.

However, their hideous agenda can be stopped by simply eroding each network’s audience base. This will impact sponsors and related revenue streams making it difficult to meet the high cost of securing and maintaining talent and quality content. The resulting reduction in audience appeal will render the networks ineffective as a propaganda tool.

Thousands of everyday Australians working together can do this from home. Group structure and actions would include but not be limited to:
1. Forming local focus groups across the country each with a coordinator. Team members choose just one source (TV, radio, newspaper or magazines) and scrutinise all news, current affairs and opinion statements released by that source.
2. Comparing the statements with the TRUTH, preparing side by side comparisons in a short summary then posting these on a regular basis on multiple social media and online news channels.
3. Using the information to print flyers and conducting regular mailbox drops in local areas helping to get the information to the many people who remain unaware providing irrefutable evidence as to the magnitude of the lies, deceit and fraud to which they’ve been subjected by their favourite media ‘ Stars’.
4. Finally, sending letters and the flyers to each CEO, Chairman and the Directors of each sponsor company, media company and TV and radio presenter across the country proving that they are complicit in promoting lies and propaganda and for committing fraud on the Australian public reminding them that penalties and jail terms may apply if charged and found guilty.

If you would like to help drive a stake into the heart of the beast, contact your friends or local freedom group and invite them to be part of this initiative. 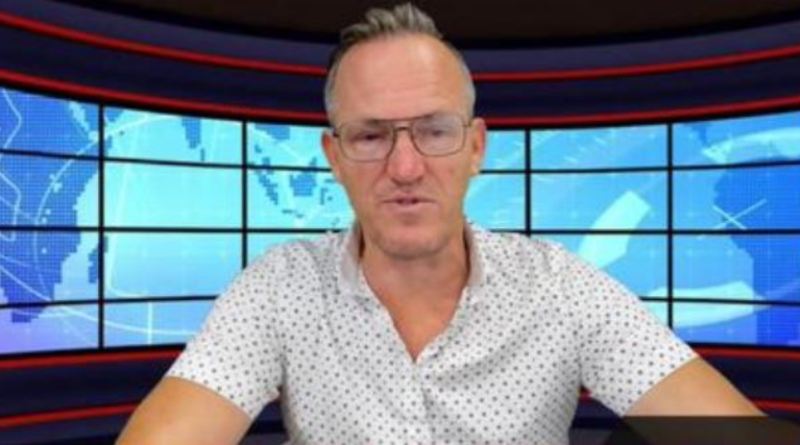