The social media giant appears to have multiple currency-related irons in the fire.

Social media behemoth Meta is reportedly considering rolling out a digital currency, the Financial Times revealed on Wednesday, years after the company’s initial efforts to create a cryptocurrency called Libra ran around on a combination of stifling regulations and user distrust.

Despite the collapse of its planned cryptocurrency Diem – formerly known as Libra – Meta has not given up on its plans to muscle into the financial services sector, with internal sources suggesting the company has plans to roll out a whole suite of virtual coins, tokens, and even business lending services.

Subsidiary Meta Financial Technologies is said to be “exploring the creation of a virtual currency for the metaverse,” something employees have begun referring to as “Zuck Bucks,” company sources told FT. But rather than previous efforts to enter the cryptocurrency world, Meta employees are reportedly seeking out the least-regulated form of digital currency, FT’s sources revealed, indicating it was giving the blockchain a wide berth.

Rather than debuting ‘Zuck Bucks’ as a blockchain-based crypto, the company will likely begin with in-app tokens it can totally control, perhaps building on its existing non-blockchain peer-to-peer payment system Facebook Pay, the sources indicated. Stephane Kasriel, the head of the finance division for Meta, wrote in a January memo that the company was working on “accelerat[ing]” investments in facilitating payments within its encrypted messenger subsidiaries WhatsApp and Messenger, “helping creators monetize their activity” via NFTs and other means, and potentially merging Facebook Pay with Novi, another wallet app which was initially developed to hold Meta’s Libra/Diem coin before that project collapsed.

Efforts to stitch Meta’s blockchain wallet back together hope to see it function as a one-stop shop for “payments, identity and digital assets management within the [family of apps] and over time to other apps/sites,” the memo reveals, hinting at a model similar to the World Economic Forum’s Known Traveler Digital Identity – itself the subject of feverish speculation regarding central bank digital currencies, digital ID systems, health passports, and other dystopian-sounding structures.

Perhaps more ominously, given the many trust issues the company has run into with its users over the years, Meta is mulling over the creation of “reputation tokens,” which would be distributed to preferred users as a reward for what the company might consider pro-social behavior – acts like contributing “meaningfully” to Facebook groups or attaining “influencer” status on Instagram.

Efforts to imbue Facebook users with a “trusted” designation in the past have failed spectacularly, and it’s unclear how this approach would solve the problems that have cropped up previously.

An internal company memo shared last week indicated Meta plans to be fully capable of posting and sharing non-fungible tokens (NFTs) within its subsidiaries by May. The company may even further monetize its NFTs via “fees and/or ads,” according to an internal document, and plans to test a feature that will allow users to become members of Facebook groups based specifically on minting and owning the blockchain-based objects. However, it’s also not clear how Meta hopes to dodge the blockchain factor in its quest to avoid regulation, as NFTs depend on blockchain to function.

Besides that, the company is considering branching out into “traditional” financial services, such as small-business loans, several company sources claimed. While acknowledging there are no concrete plans as yet for a “Bank of Facebook,” the sources said the company has held discussions with “potential lending partners.”

Once praised for its seemingly never-ending growth, Facebook is struggling to continue to add new users, recently reporting its first-ever quarterly decline in numbers – a revelation that saw it lose $220 billion in market valuation in the course of a single day, as investors learned its competitors were eating its lunch. With over two decades of problems with users’ trust under its belt, Meta may have an uphill battle ahead if it hopes to convince users to trust it with their money – digital tokens, cryptocurrency, or otherwise. 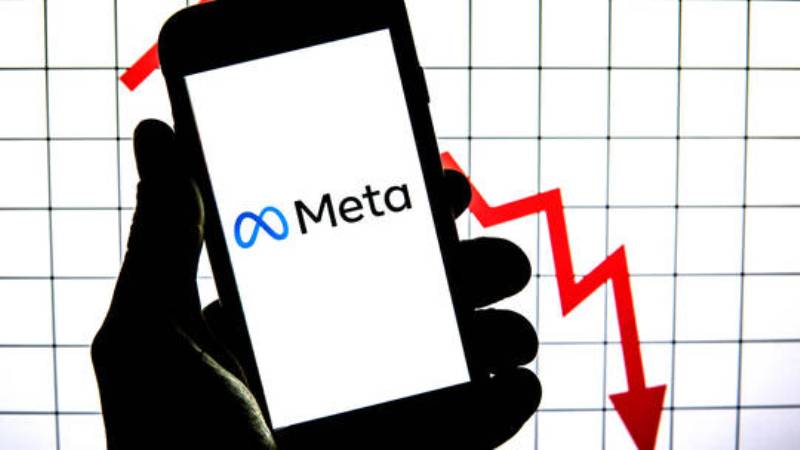 Truthcoin https://www.truthcoin.social/ is the currency behind Facebook competitor Truthbook.social and an array of new apps designed to replace the major social media networks under the one brand the “Truth” Brand created by the “Truth Group” https://truth-group.com/.

“Truth Coin” will be listed on selected crypto exchanges in late May 2022 to enable supporters to help fund this critical and much-needed alternate social media platform. A platform that’s free from Globalists control, and not censored like big tech is. It will not support the Great Reset Agenda or the vaccine digital passport which is heavily reliant on people utilising Globalist Platforms like Facebook etc.

Truth Coin is a large supporter of independent media and “Take back Our World” objectives. Truthcoin, launches its Pre ICO ahead of late May listing for only $0.02 cents ahead of its expected listing price of $0.20 cents. For details on how to access this opportunity click below https://www.truthcoin.social/truthcoins-ico/

If you had to Choose a Form of Currency to Use Between the Proposed Central Bank’s Digital Crypto Currency Which Would Give them Total...

ANR Founder and Truthbook Co-Founder, Freedom Activist, and One of the First Authors on the Planet, To Predict the Rise of Bitcoin Slams Australian...