How Australian Hospitals Such as Queanbeyan are Murdering Australians to Boost Covid Death Numbers, Then Lie to the Public? Don’t Let Your Loved one be a Victim of the Gates and Fauci Covid Fraud?

How Australian Hospitals Such as Queanbeyan are Murdering Australians to Boost Covid Death Numbers, Then Lie to the Public? Don’t Let Your Loved one be a Victim of the Gates and Fauci Covid Fraud? 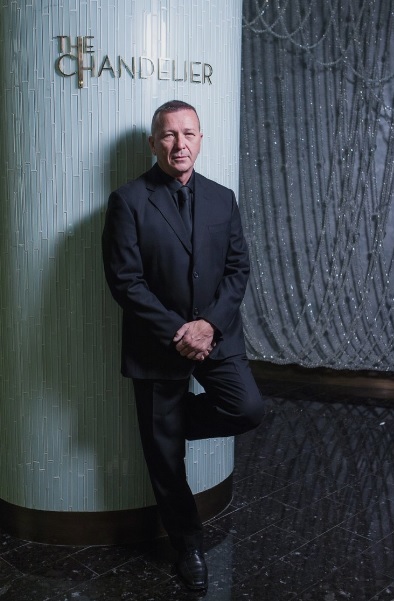 Within 4 hours Frank was drugged with opioids and sedation drugs, paralysed with neuromuscular blocking agents, and put on mechanical ventilation by Queanbeyan District Hospital, despite being:

Frank was treated as a critical covid patient despite his only diagnosis on discharge of Queanbeyan Hospital being sepsis.

Later that day, Frank was transferred to Canberra Hospital where he was given the drug remdesivir that day, which is the global hospital protocol for treating covid.

Remdesivir is a poison that was rejected for use to treat ebola following trials in 2018 & 2019 which reported its death rate as being 53.1%. Canberra Hospital doctors injected Frank with a drug that has a death rate of 53.1% without any notice to, or consent of, his wife and next of kin.

After 18 days of drugs and mechanical ventilation, on 7 October 2021, 7 days after his 59th birthday, Frank’s life was ended with a lethal quantity of midazolam, contrary to express instructions that “end of life” was not to be implemented.

Frank went into hospital unwell, but he was not critical, nor in a life threatening condition. The hospitals however, only treated him with life threatening treatments. On the day of his death, Frank was barely recognisable, and looked more like he was beaten with a baseball bat by a group of thugs. Frank was swollen and had purple bruises all over his body, his right hand was stone cold, and he had a big black scab on his lower lip.

Frank also had injuries to his penis. Hospital staff sought permission to photograph his penis, yet did not seek permission to inject him with a drug that has a 53.1% death rate.

WARNING: Photos of Frank on his deathbed are at the bottom. The photos are confronting.

Take no part in the worthless deeds of evil and darkness; instead, expose them.
Holy Bible, Ephesians 5:11

Queanbeyan and Canberra Hospitals followed global hospital protocols that included experimental drugs, opioids, paralysing drugs, mechanical ventilation, remdesivir and midazolam, until Frank’s life was extinguished. Like many others internationally, next of kin was denied to give consent for treatments, and resuscitation refused pursuant to “Not For CPR” hospital instructions.

While none of the “covid treatment” protocols were beneficial to Frank in any way, and only set Frank on the path to certain death, those protocols were very beneficial to the hospitals and doctors via funding for use of ventilators, remdesivir, and the recording of death as covid.

Frank was put through 18 Days of:

Additionally, Frank was given:

Within minutes of his death, the “doctor” managing Frank on the date of his death insisted Frank had to be cremated, which was untrue because there was no health directive which required cremation of “covid deaths”.

Within 15 minutes of Frank’s death, hospital staff called Frank’s wife to advise Frank’s death would be reported on TV as a covid death due to “public interest”. The TV report highlighted Frank’s “unvaxed” status, yet refused to report the actual causes of death, which were caused by the hospital treatments.

AT 10.30AM ON 20 SEPTEMBER 2021
Frank went to Queanbeyan District Hospital by ambulance.

The ambulance report states Frank obeyed commands. As such Frank was able to listen, understand, and perform an action, which means his brain was working.

AT 10.33AM ON 20 SEPTEMBER 2021
Frank arrived at Queanbeyan District Hospital.

AT 11.40AM Queanbeyan records show Frank was able to breath on his own. Hospital records state

AT 12.01PM Frank took 10 puffs of salbutamol for his asthma, which means he was still breathing on his own.

AT 1.40PM doctors made the decision to put Frank on a ventilator.

AT 2.22PM Frank was sedated and paralysed.

AT 2.28PM doctors put a tube down Frank’s throat, called “intubation” without permission, consent or warning of risks.

Doctors refused to obtain consent from Frank, to drug, paralyse and intubate him. Frank was cognitive, evidenced by the ambulance report. Frank would not have consented to sedation, paralysis or intubation. Frank would have demanded to be discharged.

Doctors refused to inform Frank’s wife Nada, or seek informed consent, or any consent at all, to sedate, paralyse and intubate Frank, despite the fact Nada called the Queanbeyan Hospital 5 times.

Nada was refused her right to make critical decisions for her husband.

If Nada had been informed she would be refused all her rights to make decisions for her husband, she would NOT have sent him to hospital.

AT ABOUT 4.00PM ON 20 SEPTEMBER 2021 Frank was transferred to Canberra Hospital already intubated.

Canberra Hospital doctors immediately that day gave Frank an experimental drug called REMDESIVIR that has a documented death rate of 53.1%.

Redemsivir was rejected for use to treat ebola due to its death rate, yet was made the “hospital protocol for covid treatment” following a global “deal” with French manufacturer Gilead.

Apart from death, remdesivir is highly toxic to the kidneys and liver, and causes multiple organ failure and respiratory failure.

Further, doctors administered remdesivir contrary to Australian government protocols that lists mechanical ventilation as an exclusion criteria. In other words, you cannot give remdesivir to a person on a ventilator.

AT 7.00AM ON 7 OCTOBER 2021
Frank was given 100mg of midazolam by intravenous infusion into his veins.

100mg is a lethal quantity.

Midazolam, when combined with morphine and/or fentanyl is known for its use as a euthanasia drug, by slowing breathing down until person dies. Frank was given fentanyl during his entire hospitalisation.

AT ABOUT 2.00PM ON 6 OCTOBER 2021
the day prior to Frank’s death, Nada was told by a doctor that Frank would die within 24-36 hours, however Nada was not told the hospital had scheduled an intravenous infusion of 100mg of midazolam.

Euthanasia was implemented contrary to express instructions given to the hospital. Nada told the hospital doctor that her faith in God did not permit to end life because according to her faith, God gives life and ONLY God can take life.

‘This Has Cost Millions of Lives’: Steve Kirsch on Suppression of Repurposed Drugs and a Spike in Deaths 5 Months After Vaccine Rollout